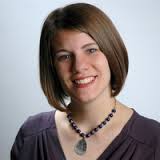 A couple months ago, I wrote a blog in response to the whirlwind of media attention Miley Cyrus had been receiving. At the time, all kinds of groups were coming out to condemn or condone her sexually explicit behavior both on and off the stage. For me, it was simple: Miley Cyrus, like much of our Western culture, has bought in to a secular humanistic worldview that reduces her worth to that of an animal and so it should not be surprising that she often acts as such.

You see, Cyrus “suppresses the truth” (Rom 1:18) that she is created in God’s image, and as a created being she has a Creator whose rules she must live by. Because she has been created in God’s image, this truth is written on her heart and thus she must live every day in denial of her rebellion to God’s law (Rom 1: 21-22). It is not difficult to see the great lengths she (and everyone else who represses God’s law) goes to in order to distract herself from her guilt.

I do not fear Miley Cyrus. When I pray to God for my daughter’s future salvation, the influence of Miley Cyrus is rarely (albeit not never) what I pray for God to protect her from. I plan on doing my job as a parent and, by God’s grace, instructing my daughter in the way she should go. What this means is that by the time she is twelve years old and wants to buy her first music album, regardless of the eternal state of her soul, she will be able to see the cover artwork on Miley Cyrus’s albums and know that this young woman belongs to, and approves of, the world.

Who I fear, Rachel, is you.

You see, you look like a Christian. You talk about Jesus and love and God’s word. You claim faith in Christ. You dress appropriately, you are an engaging speaker, a compelling author, and you seem unashamed to share your faith. On a surface level—the only level that perhaps my young daughter or the thousands of readers who visit your blog every day can discern—you seem legit. In a nutshell, you are a wolf in sheep’s clothing.

As you have said in your blog,

“For many years, I felt that part of my call as a writer and blogger of faith was to be a different sort of evangelical, to advocate for things like gender equality, respect for LGBT people, and acceptance of science and biblical scholarship within my community.”

Rachel, if you feel that this is your calling, then your calling is from the world and not God. It is not Jesus’s example you are following, but that of the culture you live in. I can hear all about gender equality and the issues facing the LGBT community by turning on CNN or reading Rolling Stone or various sundry other godless news outlets and blogs. What the world needs, both the believer and unbeliever, is to hear the call of Christ and His truth. This is not what you deliver when you concern yourself with sounding like the world.

It makes me sad that you are a leading voice in the evangelical movement because I see no evidence in any of your writing that you honor God above men. Your worldview aligns with our culture, which is in complete opposition to Jesus’s teachings. Your worldview over-values feeling and emotion and has sacrificed truth on the altar of “being nice.”

Most disconcerting (although your view on womanhood is extremely troublesome as well) is your hearty approval of homosexuality. If you truly respected, loved, and cared for those in the homosexual community, you would follow Jesus’s example of pointing them to their need for a savior. Instead, you follow the example of those described in Romans 1, who approve of the sin of others. Your message is that you can be both gay and Christian, and seek to eisegete your way out of the clear message of the New Testament, which is that to engage in homosexuality is to sin.

You have also bought into the culture’s ideology that to disagree with those who practice homosexuality is to disrespect them. I disagree with those who steal, and would urge them not to steal, but this does not mean that I hate them. Rachel, it is society that urges you to approve of sin and all else will be considered hate; God’s word has a different message. Truly, to love someone is to correct them. 2 Timothy 3 tells us that God’s word is sufficient for reproof and correction. If “reproof” is the same as “hate” in your worldview, where does that leave the Bible? The world would say that the Bible’s view on sin is harsh. The world would say that a God who would condemn people to eternal punishment for their sin is hateful. Where does that leave you?

God is an exclusivist. He is not a “however you want it” God. He calls himself THE way and THE truth. To love this God is to love His truth. Truth, by definition, necessitates a singularity. If something is true, all others that diverge from that truth are untrue. God is not half-true. He’s not sometimes right. He is always right, always just, and always Holy. What you claim is a worldview that diverges from the one clearly laid out in God’s Word. This means that your worldview is not only un- Christian, it is false.

You are not loving your homosexual friends by applauding their life lived in sin. The message of the world—which you have bought in to—is that you must approve of their sin to love and respect them. The message of the Bible is that those who live in sin have nothing to look forward to but an eternity in hell; but a holy, just God poured out his wrath on Jesus Christ in our place and those who repent of their sin and believe in Him will have all of their guilt washed away. That is the most loving message you can give to the homosexual community. That is the message that Jesus brought to the homosexual, the thief, and the liar. If you love Christ, then you must follow Christ’s example instead of the world’s.

Maybe I have sounded harsh. Maybe you’re thinking, “Seriously, I’m more offensive than Miley Cyrus?” No, thankfully I will never have to screen you for sexually explicit content. Thankfully I’ll probably never have to worry about visiting your blog and being bombarded with inappropriate material that I would not want my child or husband to see, and I thank you for that. So maybe it’s not “nice” to call you a wolf in sheep’s clothing. But Rachel, I do not take the Word of God lightly. It is sufficient, and it is good. In Matthew 7, Jesus speaks of those who outwardly appear to love Him and inwardly do not know him. It is Jesus who speaks clearly and stringently against false prophets, those that would lead the sheep astray, and He calls them wolves. By aligning your values with the values of the world and calling them good, you are leading your followers astray. You look like a Christian, you speak like a Christian, you even sometimes sound like a Christian, but your love for the approval of the world speaks of your inward state more loudly than your widely-read blog ever could.

If you are my sister in Christ, then I urge you to repent of your disregard for the authority and sufficiency of Scripture to teach us what is right and what is wrong. If you are not my sister in Christ, then my prayer is that you will shed the sheep’s clothing, be granted repentance and receive such a sweet, beautiful faith in Christ that will eventually lead to no confusion about what truth and love are. Until then, you will remain on my list of women’s influence to steer my daughter away from, right next to Miley Cyrus.

Source: I am So Glad We Both Showed Up Here,  by Summer Pinch