Preach the Gospel, and Leave the Results To God by B. B. Warfield

“Who then is Paul, and who is Apollos, but ministers through whom you believed, as the Lord gave to each one? I planted, Apollos watered, but God gave the increase. So then neither he who plants is anything, nor he who waters, but God who gives the increase.” — 1 Corinthians 3:5-9

“And since we have the same spirit of faith, according to what is written, ‘I believed and therefore I spoke,’ we also believe and therefore speak.” — 2 Corinthians 4:13 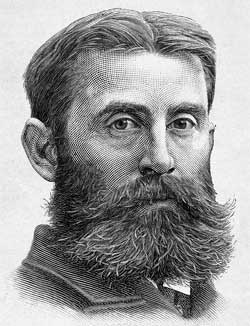 When we really believe the Gospel of the Grace of God—when we really believe that it is the power of God unto salvation, the only power of salvation in this wicked world of ours—it is a comparatively easy thing to preach it, to preach it in its purity, to preach it in the face of a scoffing, truculent and murdering world. Here is the secret—I do not now say of a minister’s power as a preacher of God’s grace—but of a minister’s ability to preach at all this Gospel in such a world as we live in. Believe this Gospel, and you can and will preach it. Let men say what they will, and do what they will—let them injure, ridicule, persecute, slay—believe this Gospel and you will preach it.

God has not sent us into the world to say the most plausible things we can think of; to touch men with what they already believe. He has sent us to preach unpalatable truths to a world lying in wickedness; apparently absurd truths to men, proud of their intellects; mysterious truths to men who are carnal and cannot receive the things of the Spirit of God. Shall we despair? Certainly, if it is left to us not only to plant and to water but also to give the increase. Certainly not, if we appeal to and depend upon the Spirit of faith.

But let Him move on our hearts and we will believe these truths; and, even as it is written, I believed and therefore have I spoken, we also will believe and therefore speak. Let Him but move on the hearts of our hearers and they too will believe what He has led us to speak. We cannot proclaim to the world that the house is afire—it is a disagreeable thing to say, scarcely to be risked in the presence of those whose interest it is not to believe it? But believe it, and how quickly you rush forth to shout the unpalatable truth! So believe it and we shall assert to the world that it is lost in its sin, and rushing down to an eternal doom; that in Christ alone is there redemption; and through the Spirit alone can men receive this redemption. What care we if it be unpalatable, if it be true? For if it be true, it is urgent.

Excerpt from Faith and Life: ‘Conferences’ in the Oratory of Princeton Seminary, Benjamin Breckenridge Warfield, 1916)