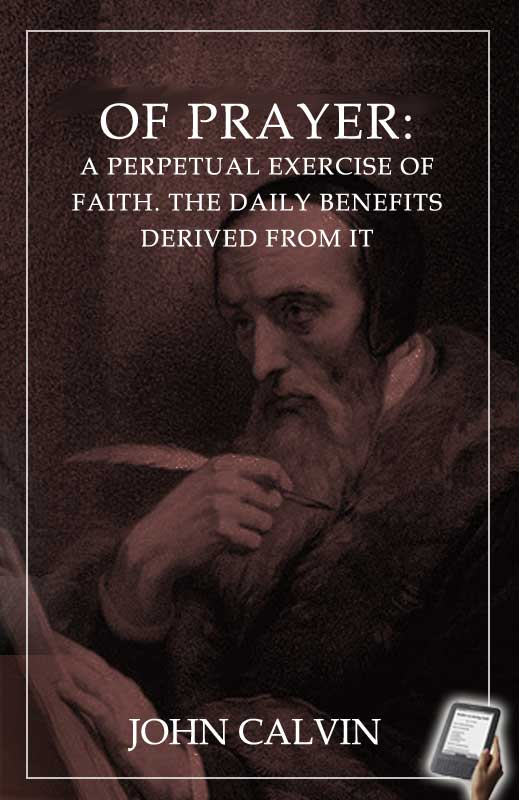 From the previous part of the work we clearly see how completely destitute man is of all good, how devoid of every means of procuring his own salvation. Hence, if he would obtain succour in his necessity, he must go beyond himself, and procure it in some other quarter. It has farther been shown that the Lord kindly and spontaneously manifests himself in Christ, in whom he offers all happiness for our misery, all abundance for our want, opening up the treasures of heaven to us, so that we may turn with full faith to his beloved Son, depend upon him with full expectation, rest in him, and cleave to him with full hope. This, indeed, is that secret and hidden philosophy which cannot be learned by syllogisms: a philosophy thoroughly understood by those whose eyes God has so opened as to see light in his light (Ps. 36:9). But after we have learned by faith to know that whatever is necessary for us or defective in us is supplied in God and in our Lord Jesus Christ, in whom it hath pleased the Father that all fulness should dwell, that we may thence draw as from an inexhaustible fountain, it remains for us to seek and in prayer implore of him what we have learned to be in him. To know God as the sovereign disposer of all good, inviting us to present our requests, and yet not to approach or ask of him, were so far from availing us, that it were just as if one told of a treasure were to allow it to remain buried in the ground. Hence the Apostle, to show that a faith unaccompanied with prayer to God cannot be genuine, states this to be the order: As faith springs from the Gospel, so by faith our hearts are framed to call upon the name of God (Rom. 10:14). And this is the very thing which he had expressed some time before-viz. that the Spirit of adoption, which seals the testimony of the Gospel on our hearts, gives us courage to make our requests known unto God, calls forth groanings which cannot be uttered, and enables us to cry, Abba, Father (Rom. 8:26). This last point, as we have hitherto only touched upon it slightly in passing, must now be treated more fully.

To prayer, then, are we indebted for penetrating to those riches which are treasured up for us with our heavenly Father. For there is a kind of intercourse between God and men, by which, having entered the upper sanctuary, they appear before Him and appeal to his promises, that when necessity requires they may learn by experiences that what they believed merely on the authority of his word was not in vain. Accordingly, we see that nothing is set before us as an object of expectation from the Lord which we are not enjoined to ask of Him in prayer, so true it is that prayer digs up those treasures which the Gospel of our Lord discovers to the eye of faith. The necessity and utility of this exercise of prayer no words can sufficiently express. Assuredly it is not without cause our heavenly Father declares that our only safety is in calling upon his name, since by it we invoke the presence of his providence to watch over our interests, of his power to sustain us when weak and almost fainting, of his goodness to receive us into favour, though miserably loaded with sin; in fine, call upon him to manifest himself to us in all his perfections. Hence, admirable peace and tranquillity are given to our consciences; for the straits by which we were pressed being laid before the Lord, we rest fully satisfied with the assurance that none of our evils are unknown to him, and that he is both able and willing to make the best provision for us. 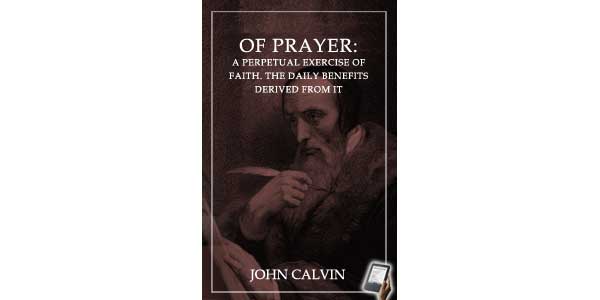 I. The nature of prayer, and its necessity as a Christian exercise, sec. 1, 2.

II. To whom prayer is to be offered. Refutation of an objection which is too apt to present itself to the mind, sec. 3.

V. Refutation of an error as to the doctrine of our Mediator and Intercessor, with answers to the leading arguments urged in support of the intercession of saints, sec. 20-27.

VII. A perfect form of invocation, or an exposition of the Lord's Prayer, sec. 34-50.

VIII. Some rules to be observed with regard to prayer, as time, perseverance, the feeling of the mind, and the assurance of faith, sec. 50-52.