The Pilgrim's Progress (In Modern English) 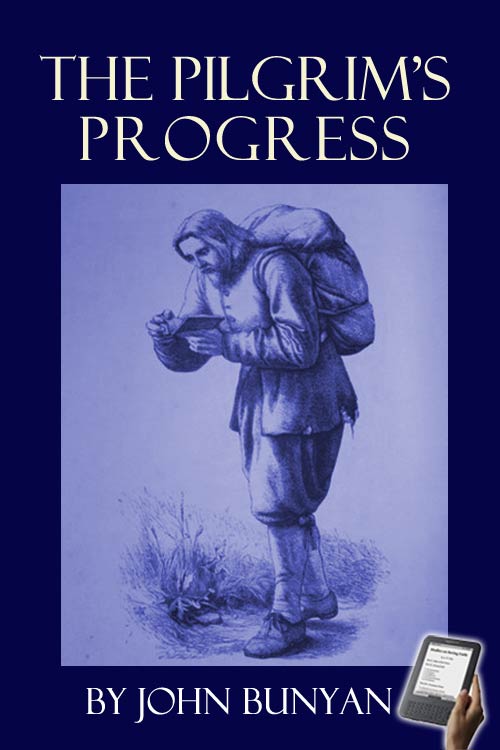 Published in 1678. In modern English, yet preserving Bunyan's original meaning, doctrine and quaintness of expression. By Grace Gems

We encourage you to listen to this professionally recorded AUDIO, while you read along with the text:

The Pilgrim's Progress from This World, to That Which Is to Come is a 1678 Christian allegory written by John Bunyan. It is regarded as one of the most significant works of religious English literature, has been translated into more than 200 languages, and has never been out of print. It has also been cited as the first novel written in English.

Bunyan began his work while in the Bedfordshire county prison for violations of the Conventicle Act of 1664, which prohibited the holding of religious services outside the auspices of the established Church of England. Early Bunyan scholars such as John Brown believed The Pilgrim's Progress was begun in Bunyan's second, shorter imprisonment for six months in 1675, but more recent scholars such as Roger Sharrock believe that it was begun during Bunyan's initial, more lengthy imprisonment from 1660 to 1672 right after he had written his spiritual autobiography Grace Abounding to the Chief of Sinners.

"Next to the Bible, the book that I value most is Pilgrim’s Progress. I believe I have read it through at least a hundred times…Prick him anywhere, and you will find that his blood is “bibline,” the very essence of the Bible flows from him." – Charles H. Spurgeon (1834-1892)

The Pilgrim's Progress can be read in its original language here and here.

1. The City of Destruction

3. The Swamp of Despond

6. The House of the Interpreter

14. The Valley of the Shadow of Death