The Philosophy of Revelation (eBook) 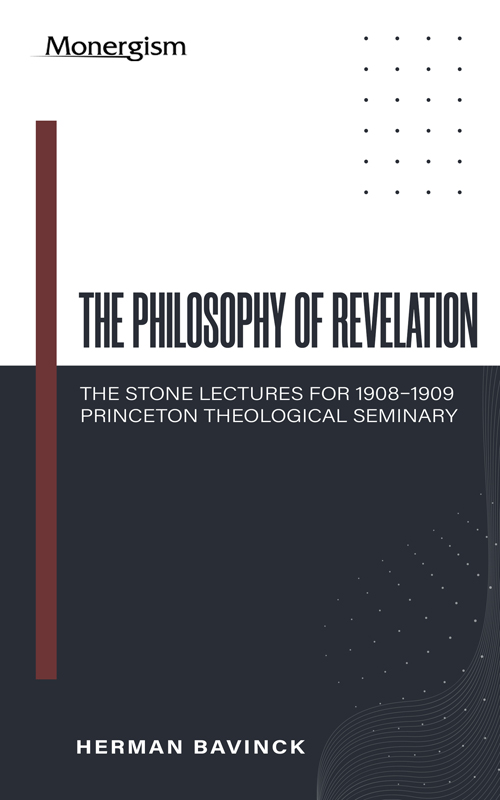 “Humanity as a whole has been at all times supranaturalistic to the core. Neither in thought nor in life have men been able to satisfy themselves with the things of this world; they have always assumed a heaven above the earth, and behind what is visible a higher and holier order of invisible powers and blessings. This means that God and the world … have… stood in the closest connection; religion and civilization have not appeared as contradictory and opposing principles, but religion has been the source of all civilization, the basis of all orderly life in the family, the state, and society… The ancient view of the world was thoroughly religions… Christianity introduced no change in this respect.”

He says, “The true religion which shall satisfy our mind and heart, our conscience and our will, must be one that does not shut us up in, but lifts us up high above, the world; in the midst of time fi must impart to us eternity; in the midst of death give us life; in the midst of the stream of change place us on the immovable rock of salvation. This is the reason why transcendence, supranaturalism, revelation, are essential to all religion.”

He asserts, “With the reality of revelation, therefore, Christianity stands or falls. But our insight into the mode and content of revelation admits of being clarified; and, in consequence, our conception of this act of divine grace is capable of being modified. As a matter of fact, this has taken place in modern theology… Through the extraordinary advance of science our world-view has undergone a great change. The world has become immeasurably large for us… If God’s dwelling lies somewhere far away, outside the world, and his transcendence is to be understood in the sense that he has withdrawn from creation and now stands outside of the actuality of this world, then we lose him and are unable to maintain communication with him. His existence cannot become truly real to us unless we are permitted to conceive of him as not only above the world, but in his very self in the world, and thus as indwelling in all his works.”

LECTURE I: THE IDEA OF A PHILOSOPHY OF REVELATION

LECTURE X. REVELATION AND THE FUTURE