The Person of Christ (eBook) 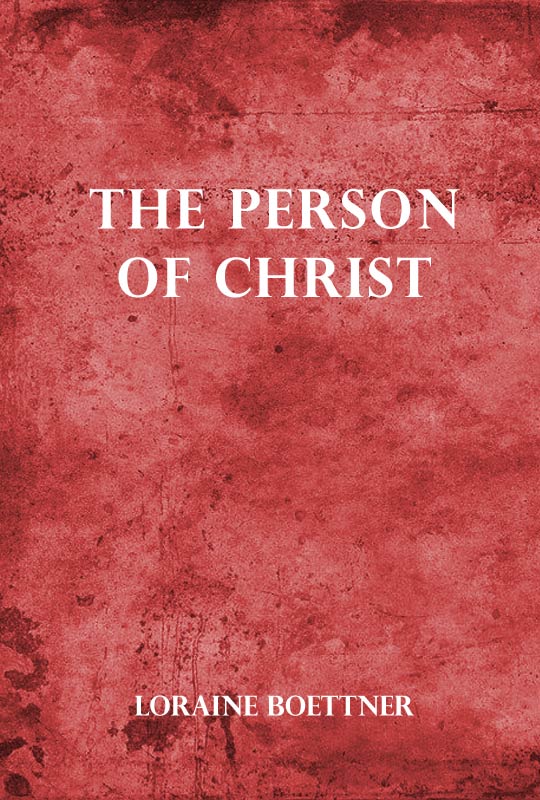 Probably the most earnestly discussed question in religious circles today is, "What Is Christianity?" But before we can reach a conclusion concerning that question we must settle another which is vitally related to it, namely, "Who Was, or Who Is Jesus Christ?"

There is practically unanimous agreement that a person bearing this name once walked the earth and that the movement which we know as Christianity sprang from Him. There is also practically unanimous agreement that for the last nineteen hundred years His influence has been the most potent and uplifting of all influences in shaping and moulding the life of our western world.

That Jesus was the finest specimen of humanity that the world has ever known, that His teachings were the purest and loftiest that the world has ever received, and that His actions were the most faultless that the world has ever seen, is admitted by practically every one. But from the time He walked the earth until this present hour there has been no end of controversy concerning His person and concerning the place that He occupies in the religion that He founded. More specifically the controversy has to do with the question whether Jesus was as the Scriptures represent Him to have been, the second person of the Trinity, God incarnate, who is to be worshipped and obeyed even as the Father, or whether He was only a man endowed with unusual spiritual insight, differing from other men not in kind but only in degree, and occupying a place in the Christian system not essentially different from that which Confucius occupies in Confusianism or Mohammed in Mohammedanism.

Historically the first great question that came up in the early Church had to do with the Person of Christ. The Church settled that question for herself once and for all by affirming that He is the divine Son of God, Deity incarnate. That decision was written into her authoritative creeds, and ever since that time Evangelical Christianity has been bold to assert that "The Church's one foundation is Jesus Christ her Lord." And this faith has been expressed not only in the creeds, but in the hymns and in the devotional writings of her representative sentative spokesmen. Protestants and Catholics alike agree that Christ saves, although they differ in their opinions as to how He saves.

In comparatively recent times, however,—we may even say within the lifetime of our own generation—the faith of the Church has been seriously challenged not only from without but from within. The result is that today even among those who call themselves Christians there is no general agreement either as to who Christ is or as to what He does for our salvation. This in turn has led to endless confusion not only between denominations but also within individual churches. The doctrine of the Person of Christ is, therefore, not merely one of a number of equally important doctrines, but the most central and basic of the entire system, the very corner-stone of the temple of truth which is set forth in the Scriptures. And in accordance with this we would define Christianity as follows: Christianity is that redemptive religion that offers salvation from the guilt and corruption of sin through the atoning death of Christ. Consequently, we hold that to admit the Deity of Christ and to trust Him for salvation constitutes one a Christian, and that to reject His Deity marks one a non-Christian. The purpose of this book is to present the evidence which we believe is abundantly sufficient to prove that Christ was indeed Deity incarnate, the eternal Son of God, who came to this earth in order that He might provide a way of redemption for sinful men. 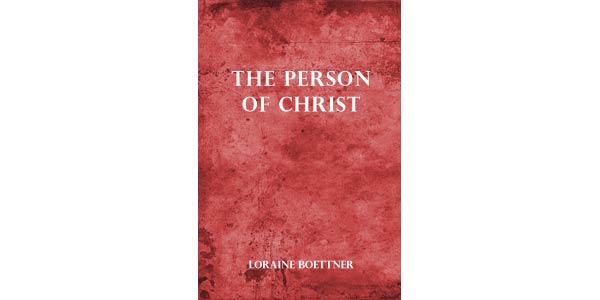 1. Introduction
2. Christ's Own Testimony Concerning His Deity
3. Testimony of the Apostles
4. Titles Ascribed to Jesus Christ
5. The Son of God
6. The Son of Man
7. The Pre-existence of Christ
8. The Attributes of Deity Are Ascribed to Christ
9. Jesus' Life the Fulfillment of a Divine Plan
10. The Miracles of Jesus
11. Importance of Belief in the Deity of Christ
12. The Humanity of Christ
13. The Humiliation of Christ
14. The Exaltation of Christ
15. The Relation of the Two Natures in Christ
16. The Incarnation
17. The Sinlessness of Jesus
18. The Virgin Birth
19. Christ the Messiah of Old Testament Prophecy
20. The Personal Appearance of Jesus
21. The Offices of Christ
22. Erroneous Views Concerning the Person of Christ
23. Conclusion

The Woman at the Well
H.B. Charles Jr.
Obedience to God and Love of Neighbor in the Face of a Coronavirus: A Christian’s Mandate
Albert Mohler
The Lion Roars: Thoughts on COVID-19
Dr Jospeh Pipa
A Preparation for Suffering in an Evil Day (eBook)
Edward Polhill
What is Providence?
Geerhardus Vos
Pastor, You Were Made for This
Jared Wilson
Why Christians Say “You Were Never a True Christian”
Jordan Standridge
The Means of our Effectual Call
The Person of Christ (eBook)
Loraine Boettner
None is Righteous, No, Not One (YouTube)
Kim Riddlebarger
Kissing the Wave
Andrew Wilson
The Providence of God
Richard Sibbes
Five Themes on Providence from the Psalms
W Robert Godfrey
All the Lord Needs Is a Hornet to Accomplish His Purpose
W Robert Godfrey
Living Sacrifice: What an Odd Statement
Josh Buice
6 Ways to Lead Your Family in Isolation
Chap Bettis
Do We Really Believe in Demons?
Trevin Wax
Home Visitation: The Worst of Times, the Best of Times
Chad Van Dixhoorn
False Teaching & False Spirits Invading the Church (YouTube)
Steven Bancarz, John Samson
What are some misunderstandings about justification?
Guy Waters
10 Ways Affliction Works for Good
Truth vs. Consensus
Justin Poythress
Keeping Our Cool Till the End of the World: How the Signs of the Times Produce Peace and Protect from Panic
Dean Davis
Practice Hospitality. Especially During a Pandemic
Rosaria Butterfield
Renewing Theological Anthropology
Scott Swain
What Does It Mean To “Tempt” God?
William Perkins
Principles Concerning Repentance
Theodore Beza
The Beatific Vision
William Perkins
Adversity
God Comes Close
Edward T Welch
On Remembering Death (MP3)
Dr J Ligon Duncan III, Matt McCullough
A Small Book for the Anxious of Heart -15 Chapters (.pdf)
Edward T Welch
We Complain Because We Forget
Steven Lee
How to Pray Against Satan
Sam Storms
Where did Hell Go?
Le Ann Trees
The Unique and the Normative in Acts
Nicholas T Batzig
Is God in Control of Everything?
R C Sproul
Working Remotely to the Glory of God
Joe Holland
The Church as a Caring Community (YouTube)
Burk Parsons
The Imago Dei, Human Dignity, and the Present Crisis (YouTube)
W Robert Godfrey
The Dominion of God’s Image Bearers (YouTube)
H.B. Charles Jr.
The Hope of God’s Image Bearers (YouTube)
Dr Sinclair B Ferguson
Christ the Image of God (YouTube)
Michael Reeves
The Depravity of God’s Image Bearers (YouTube)
Steven J Lawson
Pastoral Care in Times of Crisis (YouTube)
H.B. Charles Jr., Dr Sinclair B Ferguson, Burk Parsons
The Gospel, the Church, and This Present Crisis (YouTube)
Dr. John MacArthur
All That Is in God (YouTube)
James Dolezal
What Are You Afraid Of?
Dr Michael S Horton
How a “You do You” Culture Has Made Us Vulnerable to the Coronavirus
Michael J Kruger
Peace in Times of Suffering and Uncertainty (YouTube)
Timothy J Keller