Parable of the Pharisee and the Tax Collector, Luke 18:9-14 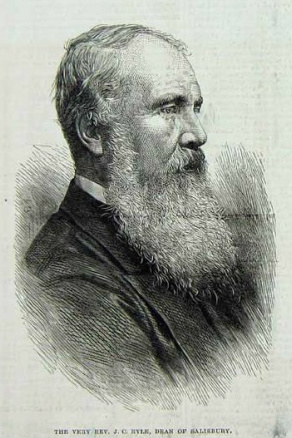 And he spoke this parable unto certain which trusted in themselves that they were righteous, and despised others: Two men went up into the temple to pray; the one a Pharisee, and the other a publican. The Pharisee stood and prayed thus with himself, God, I thank you, that I am not as other men are, extortioners, unjust, adulterers, or even as this publican. I fast twice in the week, I give tithes of all that I possess. And the publican, standing afar off, would not lift up so much as his eyes unto Heaven, but smote upon his breast, saying, God be merciful to me a sinner. I tell you, this man went down to his house justified rather than the other: for every one that exalts himself shall be abased; and he who humbles himself shall be exalted.

The parable we have now read, is closely connected with the one which immediately precedes it. The parable of the persevering widow — teaches the value of importunity in prayer. The parable of the Pharisee and tax-collector — teaches the spirit which should pervade our prayers. The first parable encourages us to pray and never give up. The second parable reminds us how and in what manner we ought to pray. Both parables should be often pondered by every true Christian.

Let us notice, firstly — the sin against which our Lord Jesus Christ warns us in these verses. There is no difficulty in finding this out. Luke tells us expressly, that "He spoke this parable to some who were confident of their own righteousness, and looked down on everybody else." The sin which our Lord denounces, is "self-righteousness."

We are all naturally self-righteous. It is the family-disease of all the children of Adam. From the highest to the lowest — we think more highly of ourselves than we ought to. We secretly flatter ourselves, that we are not as bad as some, and that we have something to merit the favor of God.

The true cure for self-righteousness, is self-knowledge. Once let the eyes of our understanding be opened by the Spirit, and we will no longer talk of our own goodness. Once let us see what there is in our own hearts, and what the holy law of God requires — and self-conceit will die. We shall lay our hand on our mouths, and cry with the leper, "Unclean, unclean!" (Leviticus 13:45.)

Let us notice, secondly, in these verses — the prayer of the Pharisee, which our Lord condemns. We read that he said, "God, I thank you that I am not as other men are — extortioners, unjust, adulterers — or even as this tax-collector. I fast twice in the week. I give tithes of all I possess."

One great defect stands out on the face of this prayer — a defect so glaring that even a child might mark it. It exhibits no sense of sin and need. It contains no confession and no petition — no acknowledgment of guilt and emptiness — no supplication for mercy and grace. It is a mere boasting recital of imagined merits, accompanied by an uncharitable reflection on a brother sinner. It is a proud, high-minded profession — destitute alike of penitence, humility, and love. In short, it hardly deserves to be called a prayer at all.

No state of soul can be conceived so dangerous as that of the Pharisee. Never are men's bodies in such desperate plight — as when disease and insensibility set in. In the same way, never are men's hearts in such a hopeless condition — as when they are not sensible of their own sins.

He who would not make shipwreck on this rock, must beware of measuring himself by his neighbors. What does it signify that we are more moral than "other men?" We are all vile and imperfect in the sight of God. "If we contend with Him — we cannot answer him one in a thousand." (Job 9:3.) Let us remember this.

In all our self-examination, let us not test ourselves by comparisons with other men. Let us look at nothing but the requirements of God. He who acts on this principle, will never be a Pharisee.

Let us notice, thirdly, in these verses — the prayer of the tax-collector, which our Lord commends. His prayer was in every respect, the very opposite of that of the Pharisee. We read that he "stood afar off, and smote upon his bosom, and said: God be merciful to me, a sinner!" Our Lord Himself stamps this short prayer with the seal of His approbation. He says, "I tell you, this man went down to his house justified, rather than the other."

The excellence of the Tax-collector's prayer consists in five points, each of which deserves attention.

1. For one thing, it was a real petition. A prayer which only contains thanksgiving and profession, and asks nothing — is essentially defective. It may be suitable for an angel — but it is not suitable for a sinner.

2. For another thing, it was a personal prayer. The tax-collector did not speak of his neighbors — but himself. Vagueness and generality are the great defects of most men's religion. To get out of "we," and "our," and "us" — into "I," and "my," and "me" — is a great step toward Heaven.

3. For another thing, it was a humble prayer — a prayer which put self in the right place. The tax-collector confessed plainly that he was a sinner. This is the very starting point of saving Christianity. We never begin to be good — until we can feel and confess that we are bad.

4. For another thing, it was a prayer in which mercy was the chief thing desired — and faith in God's covenant mercy, however weak, was displayed. Mercy is the first thing we must ask for, in the day we begin to pray. Mercy and grace must be the subject of our daily petitions at the throne of grace, until the day we die.

5. Finally, the Tax-collector's prayer was one which came from his heart. He was deeply moved in uttering it. He smote upon his bosom, like one who felt more than he could express. Such prayers are the prayers which are God's delight. A broken and a contrite heart, He will not despise. (Psalm 51:17.)

Let these things sink down into our hearts. He who has learned to feel his sins — has great reason to be thankful. We are never in the way of salvation — until we know that we are lost, ruined, guilty, and helpless sinners. Happy indeed is he who is not ashamed to sit by the side of the tax-collector! When our experience tallies with his — we may hope that we have found a place in the family of God.

The principle here laid down is so frequently found in the Bible, that it ought to be deeply engraved in our memories. Three times we find our Lord using the words before us in the Gospels — and on three distinct occasions.

Humility, He would evidently impress upon us — is among the first and foremost graces of the Christian character. It was a leading grace in Abraham, Jacob, Moses, David, Job, Isaiah, and Daniel. It ought to be a leading grace in all who profess to serve Christ. Not all the Lord's people have money to give. Not all are called to preach, or write, or fill a prominent place in the church. But all are called to be humble. One grace at least, should adorn the poorest and most unlearned believer. That grace is humility.

Let us leave the whole passage with a deep sense of the great encouragement it affords to all who feel their sins, and cry to God for mercy in Christ's name. Their sins may have been many and great. Their prayers may seem weak, faltering, unconnected, and poor. But let them remember the tax-collector — and take courage. That same Jesus who commended his prayer — is now sitting at the right hand of God to receive sinners. Then let them hope and pray on.

From Expository Thoughts oni the Gospels by J. C. Ryle

Of the Office of Teachers
John Owen
Covenant
Geerhardus Vos
Brotherly Love
Geerhardus Vos
The Doctrine of the Trinity
Thomas Ridgley
An Old Experiment’s Attempt to Destroy the New World
Curated Resources
I'm A Christian And You're A Catholic So What's The Difference?
Mike Gendron
The Sheepdogs That Wouldn’t Bark
Doug Wilson
How to Talk to a Heretic (8-Part Sermon Series)
Dr. John MacArthur
Confronting Error with Condemnation, Not Conversation
Dr. John MacArthur
Translation manipulation
World Magazine
The Privileges That Are Ours
Dr Sinclair B Ferguson
New Religions for a New Age
T. M. Suffield
You Must Be Ready for Jesus' Return!
Campbell Markham
The Punishments of Sin in the Present Life
Thomas Ridgley
The Elect are Chosen in Christ
Thomas Ridgley
Trinity vs. Tawheed
James White
DeYoung, Thompson, and Kwon: Seeing the Danger
Neil Shenvi
From Giving Money to Relinquishing Power: The Three Phases of Generosity
Curated Resources
The Joy of the Lord
Fred Sanders
The Intellectual Pattern of Pragmatism
Bruce Little
The Nature and Definition of God
W. G. T. Shedd
The Divine Attributes (eBook)
Thomas Ridgley
The Condition of Those Who Are Without the Gospel
Thomas Ridgley
The Self-Existence of God
Thomas Ridgley
The Trinity’s Fruitful Root
D. Blair Smith
Doddridge on Fake Preaching
Chris Gordon
How Jesus Brings Peace
Nicholas T Batzig
The Problem Is Us
Robert Rothwell
The Foolishness of Preaching
Jonathan Landry Cruse
Being Discerning and Being Critical Are Not the Same thing
Stephen Kneale
Of Devils and Advocates: The Meaning of Native Graves
Steven Wedgeworth
Of the Covenant of Grace, in the Making and Administration of it
John Brown of Haddington
Of the Covenant of Works, in the Making, Breach, and Ruinous Consequences of it
John Brown of Haddington
The Justice of God
John Brown of Haddington
Stuck in Sodom
Doug Eaton
Resources on the Law/Gospel Distinction
R Scott Clark
The Way Calvin Read The Ten Commandments May Not Be The Way You Are Used To Reading The Ten Commandments (But It Should Be)
R Scott Clark
9 Things You Should Know About Mainline Protestantism
Joe Carter
Host as You: Are Practicing Hospitality as a Family
Rosaria Butterfield
How Much Media Is Too Much Media?
John Piper
The Depressing Dead End of ‘Your Truth’
BRETT MCCRACKEN
Three Big Bangs
Alan Shlemon
The Illusion of Porn "Literacy"
Samuel James
Jesus Was Also Baptized
Fred Sanders
A Redemptive-Historical Perspective on the Temple, Part 2
G K Beale
A Redemptive-Historical Perspective on the Temple, Part 1
G K Beale
Biblical Theology of Jesus and the Gospels (6-Part MP3 Lecture Series)
G K Beale
Christ in the Old Testament
Vern S Poythress
An Introduction to Biblical Theology
D A Carson
What Should Every Christian Know About Biblical Theology?
G K Beale