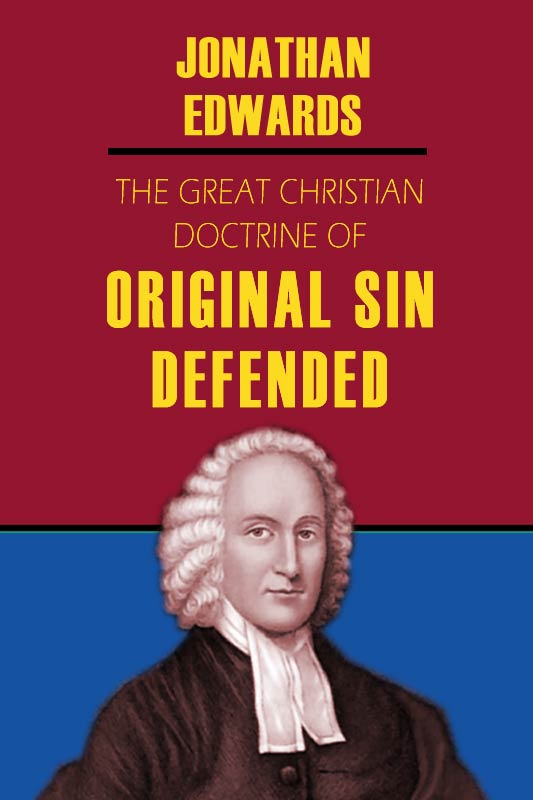 THE following discourse is intended, not merely as an answer to any particular book written against the doctrine of original sin, but as a general defense of that great important doctrine. Nevertheless, I have in this defense taken notice of the main things said against this doctrine, by such of the more noted opposers of it, as I have had opportunity to read; particularly those two late writers, Dr. Turnbull, and Dr. Taylor of Norwich; but especially the latter, in what he has published in those two books of his, the first entitled, The Scripture-Doctrine of Original Sin Proposed to Free and Candid Examination; the other, his Key to the Apostolic Writings, with a Paraphrase and Notes on the Epistle to the Romans. According to my observation, no one book has done so much towards rooting out of these western parts of New England, the principles and scheme of religion maintained by our pious and excellent forefathers, the divines and Christians who first settled this country, and alienating the minds of many from what I think are evidently some of the main doctrines of the gospel, as that which Dr. Taylor has published against the doctrine of original sin. The book has now for many years been spread abroad in the land, without any answer to it, as an antidote; and so has gone on to prevail with little control. I have indeed heard, that an answer to it has been published by Dr. Jennings of London: but never saw it, nor heard of its being in these American parts: so that, however sufficient it may be, it has been of no service to that purpose here. And inasmuch as about fifteen years (if I mistake not) have elapsed, since Dr. Taylor's piece has been in the hands of some, there is manifest need of some other antidote, for the sake of such as dwell in this part of the world. The providing one is what I have attempted in the following work; wherein I have closely attended to that piece, in all its parts, and have endeavored that no one thing there said, of any consequence in this controversy, should pass unnoticed, or that anything which has the appearance of an argument in opposition to this doctrine should be left unanswered. I look on the doctrine as of great importance; which everybody will doubtless own it is, if it be true. For, if the case be such indeed, that all mankind are by nature in a state of total ruin, both with respect to the moral evil they are subjects of, and the afflictive evil they are exposed to, the one as the consequence and punishment of the other, then doubtless the great salvation by Christ stands in direct relation to this ruin, as the remedy to the disease; and the whole gospel or doctrine of salvation, must suppose it; and all real belief, or true notion of that gospel, must be built upon it. Therefore, as I think the doctrine is most certainly both true and important, I hope, my attempting a vindication of it, will be candidly interpreted, and that what I have done towards its defense, will be impartially considered, by all that will give themselves the trouble to read the ensuing discourse. 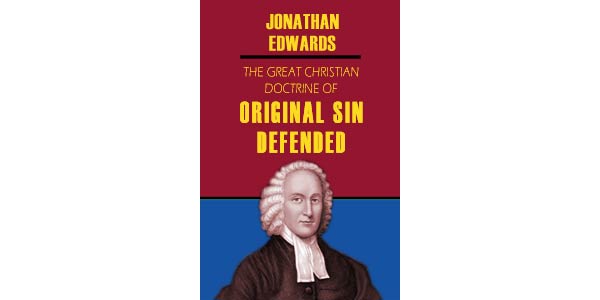 N.B. I had finished my defense of the doctrine of original sin, and prepared the copy (as here you have it) for the press, and had wrote the preceding part of this preface, before I had received the least intimation of anything written or intended to be written, by the Rev. Mr. Niles, in answer to Dr. Taylor. But having heard, that his answer is chiefly confined to two parts of Dr. Taylor's Scripture-Doctrine, without so particularly replying to the third part of that book, or the large Supplement; and it being the design of the following discourse to examine everything material throughout the whole book, and many things in that other book of Dr. Taylor's, containing his Key and the Exposition on Romans; as also many things written in opposition to this doctrine by some other modern authors; and moreover, my discourse being not only intended for an answer to Dr. Taylor, and other opposers of the doctrine of original sin, but (as was observed above) for a general defense of that doctrine; producing the evidence of the truth of the doctrine, as well as answering objections made against it—considering these things, I say, I hope this attempt of mine will not be thought needless, nor be altogether useless. And possibly, even in those parts, where the same subjects and arguments are handled by us both, the two books may receive light from each other, and may confirm one another; and so the common design be the better subserved.

I would also hope, that the extensiveness of the plan of the following treatise will excuse the length of it. And that when it is considered, how much was absolutely requisite to the full executing of a design formed on such a plan; how much has been written against the doctrine of original sin, and with what plausibility; and how strong the prejudices of many are in favor of what is said in opposition to this doctrine; and that it can't be expected, [that] anything short of a full consideration of almost every argument advanced by the main opposers, especially by this late and specious writer, Dr. Taylor, will satisfy many readers; and also, how much must unavoidably be said in order to [have] a full handling of the arguments in defense of the doctrine; and how important the doctrine must be, if true; I say, when such circumstances as these are considered, I trust, the length of the following discourse will not be thought to exceed what the case really required. However, this must be left to the judgment of the intelligent and candid reader.

Part One. Wherein are considered some evidences of original sin from facts and events, as found by observation and experience, together with representations and testimonies of holy Scripture, and the confession and assertions of opposers

CHAPTER I. The evidence of original sin from what appears in fact of the sinfulness of mankind

Part Two. Containing observations on particular parts of the holy Scripture, which prove the doctrine of original sin

CHAPTER I. Observations relating to things contained in the three first chapters of Genesis, with reference to the doctrine of original sin

CHAPTER II. Observations on other parts of the holy Scriptures, chiefly in the Old Testament, that prove the doctrine of original sin

CHAPTER III. Observations on various other places of Scripture, principally of the New Testament, proving the doctrine of original sin

CHAPTER IV. Containing observations on Romans 5:12 to the end

Part Three. Observing the evidence given us, relative to the doctrine of original sin, in what the Scriptures reveal concerning the redemption by Christ

CHAPTER I. The evidence of original sin from the nature of redemption, in the procurement of it

CHAPTER II. The evidence of the doctrine of original sin from what the Scripture teaches of the application of redemption

CHAPTER I. Concerning that objection, that to suppose men's being born in sin, without their choice, or any previous act of their own, is to suppose what is inconsistent with the nature of sin

CHAPTER III. That great objection against the imputation of Adam's sin to his posterity considered

CHAPTER IV. Wherein several other objections are considered, viz. That at the restoration of the world after the flood, God pronounced equivalent, or greater blessings on Noah and his sons, than he did on Adam at his creation

Conclusion. Containing some brief observations on certain artful methods, used by writers who are adversaries of this doctrine, in order to prejudice their readers against it