The Old Testament Doctrine of Salvation 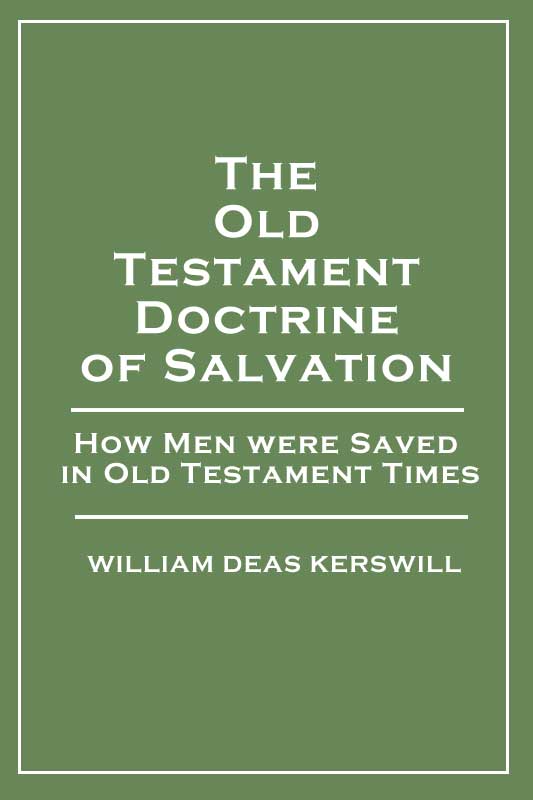 or, How Men were Saved in Old Testament Times

COMPARATIVELY few Christians have more than a vague idea of how men were saved in Old Testament times. Their attitude is not hostile, but only agnostic. It may, or may not, affect seriously their own faith. But to be thus indifferent as to what may be the teaching of the Old Testament is at least to open the way for neglect of the New.

Few would be prepared to deny that religious distinctions of some nature existed among men of old: few would hazard, either that all were lost, or that all were saved. But few have taken the thought to determine for themselves exactly the line of division.

Can we afford to have indefinite ideas regarding the same?

In the hope that a more definite and correct conception of what the Old Testament taught regarding salvation may be for the strengthening of faith and for the establishing of all truth, these pages are written. They are the result of a careful exegesis of the entire Hebrew Scriptures, extending over several years, during which this subject has been faithfully kept in view.

There is no attempt whatever made here to give a digest of other men's views. These may be found in their own works. Indeed the absence of anything at all comprehensive or satisfactory upon this subject is sufficient apology for the appearance of the present work. A brief treatise lately from the pen of Dr. Julius Bonmer, Der Alttestamentliche Unterbau des Reiches Gottes, Leipzig, 1902, deals with a kindred but not identical subject. The various works upon the Biblical Theology of the Old Testament touch upon it in a more or less fragmentary manner. Some of these, notably Schultz, are unsatisfactory, because, as in his case, the Scripture texts referred to, when examined, very frequently do not bear out the statements made or they have an arbitrary or pagan interpretation placed upon them.

In the following pages I have chosen when quoting Scripture proofs to insert the Scripture passages themselves in the text. Experience must have taught every observing reader that it is almost useless merely to cite a list of proof texts in footnotes, without inserting the quotations themselves. Only one reader in a multitude then takes the trouble to verify them. Texts of doubtful application have been omitted, and wherever the English translation is specially at fault, I have taken it directly from the Hebrew. The more exact rendering "Jehovah" has been used instead of "The Lord " where required.

I have not labored to make the conclusions square with any particular "school," but have sought to place in concise form, what the Old Testament itself taught to men of its day as to their salvation. Authorities other than the Scriptures have been read, and where definitely used have been carefully recognized, but the preparation has been predominantly exegetical. The purpose has been to discover, not what men think, but what the Old Testament says.

It is with the prayerful desire that it may be used for the increase of faith that this volume is sent forth. 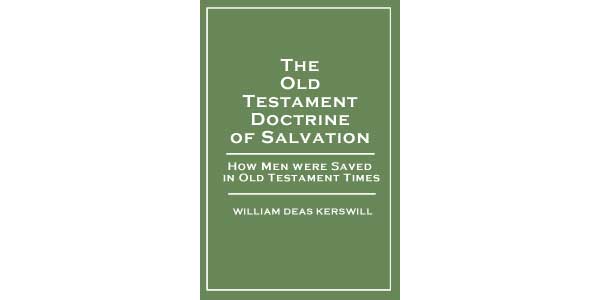 I. THEOLOGICAL OVERSIGHT AND EMPHASIS

III. GOD'S ATTITUDE TOWARD THE SINNER

<IV. THE PLACE OF MESSIAH IN OLD TESTAMENT SALVATION

V. JEHOVAH, THE GOD OF REDEMPTION

VII. THE OLD TESTAMENT CONCEPTION OF THE SAVED LIFE

VIII. OLD TESTAMENT SALVATION IN RELATION TO THE INDIVIDUAL AND THE WORLD