The Offices of Christ (eBook) 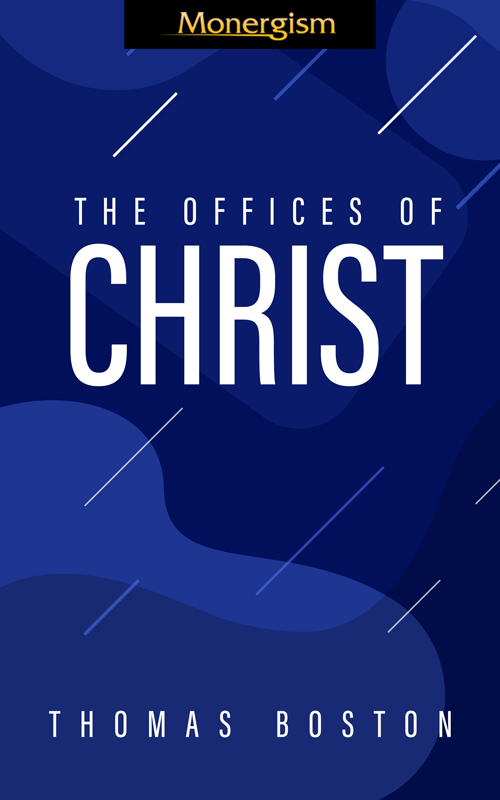 HAVING shewn that the Lord Jesus Christ is the only Redeemer of elect sinners, and that it was necessary he should be God and man in one person, to qualify him for his Mediatory undertaking, I come now to speak of the offices which Christ executes as our Redeemer, from the text now read.

In the 11th verse of this chapter, there is a typical action crowning Joshua the high priest with two crowns, which is applied and explained in the following verses as representing Christ in his offices, who has on his head many crowns. In the 12th verse, there is a prophecy of the incarnation of Christ, under the metaphor of a branch, as sprung from the family of David, and making but a mean appearance in the world, 'as a root out of a dry ground.' In the verse where our text lies, we have the offices which he was to execute as our Redeemer; which are three.

1. The office of a Prophet; He shall build the temple of the Lord; that is, his own church, whereof the temple was a type, by the word of the gospel, which it is his work to promulgate as a Prophet. For the church is 'built upon the foundation of the prophets and apostles, Jesus Christ himself being the chief corner-stone,' and the revealer of those truths which the prophets and apostles taught.

2. The office of a Priest; namely to expiate the sins of his people to purchase peace for them, and to manage their cause with God.

3. That of a King; for he has a throne, which denotes his kingly office. He is a Priest upon his throne, denoting the reward of his sufferings, and the high dignity he is advanced to in consequence of his humiliation and satisfactory sufferings. And he is represented as sitting on his throne, not a King in name only, or an inactive monarch, but exercising acts of jurisdiction and government. In him all the glory of these offices is to meet: and these offices he shall hold and exercise in spite of all opposition: He shall sit and rule upon his throne. 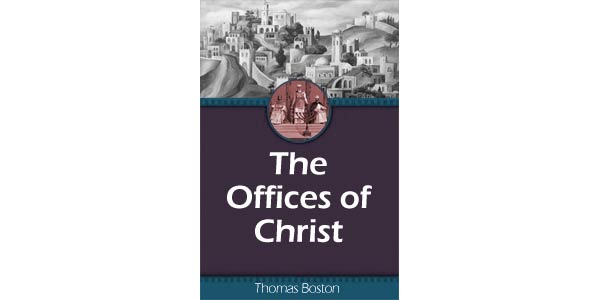 The Offices of Christ in General