The Necessity of Reforming the Church (eBook) 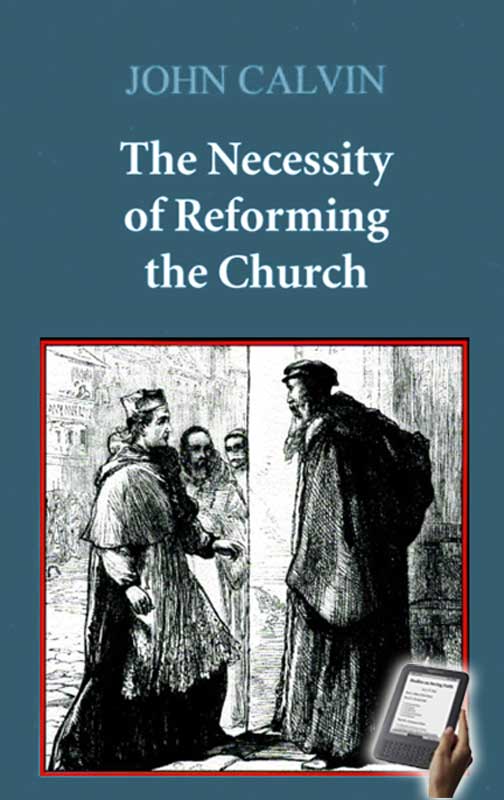 TO THE MOST INVINCIBLE EMPEROR CHARLES V.,
AND THE MOST ILLUSTRIOUS PRINCES AND OTHER ORDERS, NOW HOLDING A DIET OF THE EMPIRE AT SPIRES,

A HUMBLE EXHORTATION SERIOUSLY TO UNDERTAKE THE TASK OF RESTORING
THE CHURCH.

PRESENTED IN THE NAME OF ALL THOSE WHO WISH CHRIST TO REIGN.

This book, written by John Calvin in 1543, succinctly states the principal disputes of the Reformation. What were the central grievances which caused Protestants to demand reform? What measures were essential for genuine reformation?

Calvin declares the biblical doctrine of justification. The reformer also unfolds the wider scope of the Reformation, as he states the need to restore biblical doctrine and practice regarding the proper means of worship, the correct administration of the sacraments and the government of the church.

Calvin defends the Reformers against the charge of schism. He rebukes the spirit of ungodly toleration which masquerades as "moderation."

The Necessity of Reforming the Church is more than just an historic monument to the Reformation. It is a spiritual manifesto, calling us to repentance in our own era of religious corruption.

Dr. W. Robert Godfry (President and Professor of Church History at Westminster Seminary in California) on The Necessity of Reforming the Church: "Martin Bucer, the great reformer of Strasbourg, appealed to Calvin to draft a statement of the doctrines of and necessity for the Reformation. The result was remarkable Theodore Beza, Calvin's friend and successor in Geneva, called it the most powerful work of his time ... Calvin organizes the work into three large sections. The first section is devoted to the evils in the church that required reformation. The second details the particular remedies to those evils adopted by the reformed. The third shows why reform could not be delayed, but rather how the situation demanded 'instant amendment.' In each of these three sections Calvin focuses on four topics, which he calls the soul and body of the church. The soul of the church is worship and salvation. The body is sacraments and church government. The great cause of reform for Calvin centers in these topics."

Henry Beveridge on The Necessity of Reforming the Church: "The Treatise ... embraces the great questions by which the Church is agitated at the present day. Indeed, in reading it, one is often led insensibly into the belief, that, instead of being produced centuries ago, it is a powerful protest written by some modern hand against the prevailing errors and threatened dangers of our own times."

Christ, our Redeemer, Was in a Great Measure Defrauded

Purifying the Church from Corruption