The Nature of True Virtue (eBook) 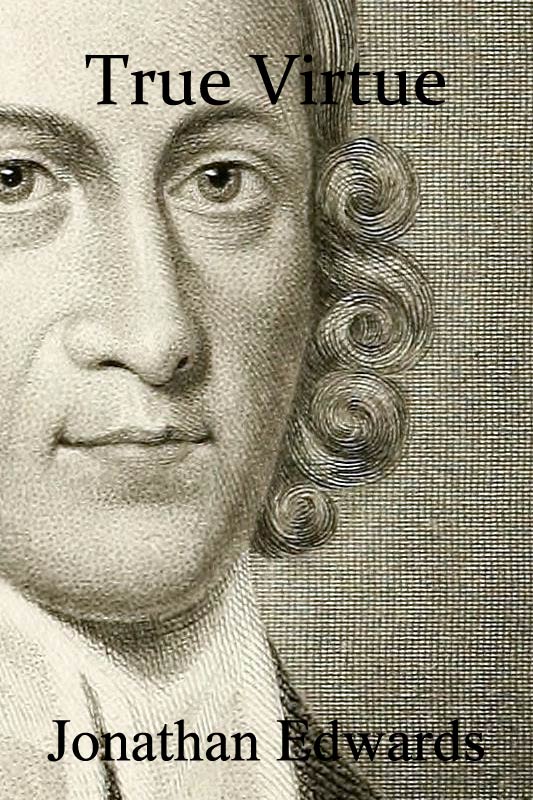 "One of the most profound treatises on social ethics ever written." -Tim Keller

“True virtue never appears so lovely as when it is most oppressed; and the divine excellency of real Christianity is never exhibited with such advantage as when under the greatest trials; then it is that true faith appears much more precious than gold, and upon this account is "found to praise and honour and glory.” - Jonathan Edwards

In Virtue, Edwards describes his views on the different levels of virtue, specifically "common morality" and "true (saving) virtue."[1] God, Edwards argues, had in mind as the end for his creation of the world His own glory and not human happiness. Thus, true virtue does not arise from self-love or from any earth-bound selflessness (these were two common views at the time) but from a desire to see God's glory displayed above all. Love of self, family, or nation is good only to the extent that it magnifies the glory of God.

The Nature of True Virtue, and its companion work, A Dissertation Concerning the End for Which God Created the World, are still popular works today. Modern theologian John Piper, who extensively studied the works of Edwards while at Seminary, credits the work with awakening in him a "a deep longing to be a good man". He said:

Sitting on one of those old-fashioned two-seater swings in the backyard under a big hickory tree, with pen in hand, I read The Nature of True Virtue. I have a long entry in my journal from July 14, 1971, in which I try to understand, with Edwards' help, why a Christian is obligated to forgive wrongs when there seems to be a moral law in our hearts that cries out against evil in the world. Depending on your view of God, you may agree or not that this encounter with The Nature of True Virtue was an auspicious gift of his providence, because nine months later my "doctor-father" in Germany suggested I write my dissertation on Jesus' command, "Love your enemy."

The Nature of True Virtue is Edwards’ only purely non-polemic work. If you have ever felt an aesthetic sense of awe at beholding a pure idea given lucid expression, then you may understand what I mean when I say that this book aroused in me a deeply pleasurable aesthetic experience. But more importantly, it gave me a brand new awareness that ultimately the categories of morality resolve into categories of aesthetics, and one of the last things you can say about virtue is that it is "a kind of beautiful nature, form or quality."18 Perry Miller said that "the book is not a reasoning about virtue, but a beholding of it." Edwards gazes upon the conception of virtue "until it yields up meaning beyond meaning, and the simulacra fall away. The book approaches, as nearly as any creation in our literature, a naked idea."19 I think it was perfectly in accord with Edwards' intention that when I finished that book I not only had a deep longing to be a good man, but I also wrote a poem called "Georgia Woods," because nothing looked the same when I put the book down.

Chapter I: Showing wherein the essence of true virtue consists

Chapter III: Concerning the secondary and inferior kind of beauty

Chapter IV: Of self-love, and its various influence, to cause love to others, or the contrary

Chapter V: Of natural conscience, and the moral sense

Chapter VI: Of particular instincts of nature, which in some respects resemble virtue

Chapter VII: The reasons why those things that have been mentioned, which have not the essence of virtue, have yet by many been mistaken for true virtue

Chapter VIII: In what respects virtue or moral good is founded in sentiment; and how far it is founded in the reason and nature of things