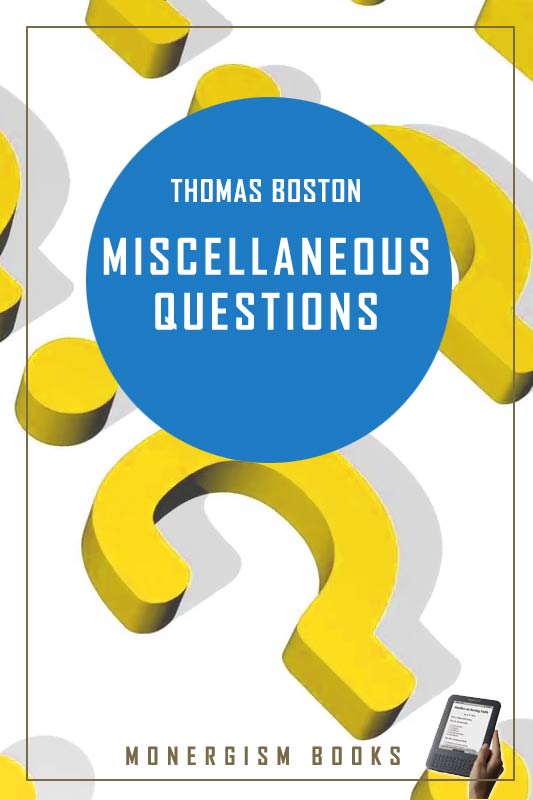 THE Discourses and Sermons contained in this volume are all printed from the manuscripts of the worthy author, my father; whom I must love and honour in the grave. The "Miscellaneous Questions," and "Paraphrase on the Epistle to the Galatians," were written in his younger years, while he was minister of Simprin, for his own improvement, and not with any design of printing them; though, it is hoped, the publication of them now may be for the edification of the church of Christ. The Sermons are also taken in his own notes, prepared for the pulpit only; and therefore they are not so full as, doubtless, they would have been, had he prepared them for the press. But though these volumes labour under the disadvantages which commonly attend posthumous works, there is ground to hope they may, through the divine blessing, be of singular use to the people of God.

Advertisement to the First edition

QUESTION I: Whether or not the sins of believers, while unrepented of, make them liable to eternal punishment?

QUESTION II: Whether or not all sins, past, present, and to come, are pardoned together and at once?

QUESTION III: Whether or not repentance be necessary in order to the obtaining of the pardon of sin?

QUESTION IV: Where hath sin its lodging-place in the regenerate?

QUESTION V: Why the Lord suffereth sin to remain in the regenerate?

QUESTION VI: Who have right to baptism, and are to be baptised? 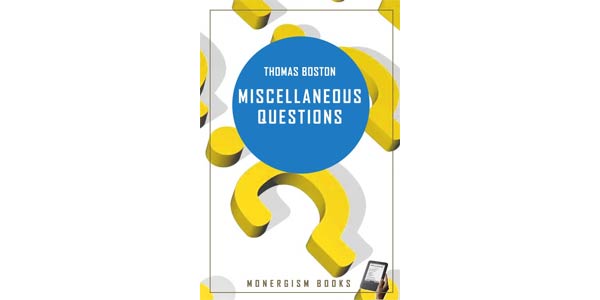