The Marrow of Sacred Divinity (eBook) 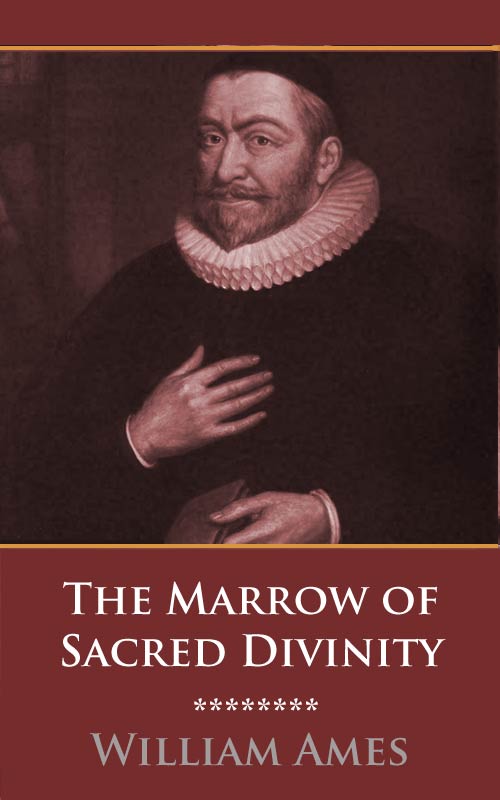 Thanks to Bill Gross for his painstaking efforts to hand-type this true classic Christian book which he also mildly updated for modern readers. The 1279 footnotes alone would have been quite a task.

A Brief Premonition or forewarning of the Author touching the reason of his purpose.

Although I do not assume to comprehend in my mind all the thoughts of evil speakers, yet I foresee diverse exceptions which this, my endeavour, will fall into (proceeding certainly from a very good intent) pro seculi genio, according to the disposition of the world – the chief of which I purpose to address briefly.

Some, and those indeed are not unlearned, dislike this whole manner of writing – that the sum of Divinity should be brought into a short compendium. They desire great volumes in which they may loosely either dwell or wander. I desire to consider those who do not have so great a leisure, nor so vast a wit, as to hunt the partridge in the Mountains and the Woods. But the condition of many rather requires that the nest itself, or the seat of the matter which they pursue, be shown without any more ado.

Some do not dislike this way, if the chief heads are handled in a rhetorical way; they think that every particle is not to be insisted on so punctually.1 But indeed, when the speech is carried on like a swift stream, although it catches many things of all sorts, yet you can hold fast only a little, you can catch only a little; you cannot find where you may constantly rest. But when certain rules are delivered, the Reader always has, as it were at every pace, the place marked where he may set his foot.

There will also be some who condemn the care of Method and Logical form as curious 2 and troublesome. But to them a sounder judgment is to be wished, because they remove the art of understanding, judgment, and memory from those things which deserve only to be understood, known, and committed to memory.

On the other side, there will not be lacking some who require more exactness in the art of Logic, whom, through my own imperfection, I could not fully satisfy even if I would; nor indeed would I do so much as I could, because of the weakness of others. I imagine there will not be a few who will think that

setting forth such institutions as these is superfluous, after so many labours of learned men, of the same kind; and it is to do only what has been done before. I would readily be of such an opinion if anything of this kind were extant, and which pleased all in every respect.

Notwithstanding this, I would not have so taken to hope any such thing of this writing, as if it even came into my mind. But I am not out of hope that it may come to pass that two or three or so, may fall upon this work of ours, who may find something here more fitting to instruct and stir them up to piety, than they have observed in the more learned writings of others. If this conjecture does not fail me, I will think I have done a work worth the labor.

I can only expect to be blamed for obscurity by those who are not so skilful, whom I desire would learn from Cyrus, Radiorum ta<v dia fa>seiv latis luminibus non tam esse suaves, that is, ‘The diffused brightness of the beams of the Sun is not so pleasant in large windows.’ Certainly a contracted light, though it may seem small, yet it enlightens more (if a man comes near and observes) than that which is, as it were, dispersed by being enlarged too much.

The dryness of the style, and harshness of

some words will be greatly blamed by the same persons. But I prefer to exercise myself in that heresy, that when it is my purpose to Teach, I think I should not say in two words what may be said in one; and that key is to be chosen which opens best, even though it is made of wood, if there is not a golden key with the same efficacy.

Lastly, if there are any who desire to have some practical things more largely explained, especially in the latter part of this Marrow, we shall endeavor to satisfy them later (if God gives leave) in a particular Treatise which at this time we have an affection for, touching questions which are usually called cases of conscience.

If there are any who still find fault with this, or who desire other things, I would entreat them to candidly impart their thoughts to me, which may afford desired matter for a just apology, or a due amendment. 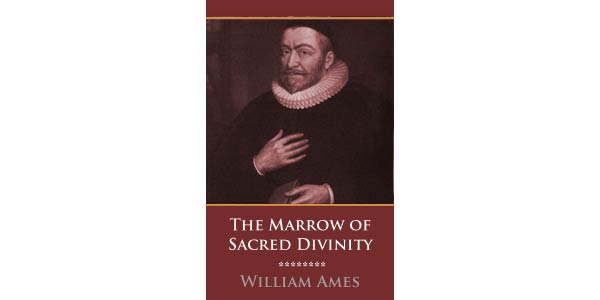 Teach Me!
H.B. Charles Jr.
What is a Christian's Duty to Unjust Government?
Phil Johnson
Infallibility/Inerrancy
B B Warfield
Athanasius (NT Canon/AD 367)
St. Athanasius
Is Jesus Simply a Retelling of the Horus Mythology?
J Warner Wallace
Those Pre-Christian Deities Aren’t Much Like Jesus After All
J Warner Wallace
Is Jesus Simply a Retelling of the Mithras Mythology?
J Warner Wallace
Atheists in Praise of Christianity?
Jonathon Van Maren
What Millennials Don’t Know About Socialism and Communism Will Hurt Them
Gary DeMar
Church Elders Can Help with Your Family Crisis
Chap Bettis
What Is a Covenant?
Keith Mathison
The Discipline of God
Joel R Beeke
Is COVID-19 a Great Opportunity?
Victor Cruz
Turning the Other Cheek
Michael Aitcheson
6 Reasons Why Adam and Eve’s Eating of the Forbidden Fruit Was a Terrible Transgression Against God
Le Ann Trees
A Review of David Bentley Hart’s “That All Shall Be Saved”
Wyatt Graham
The Enslaving "Alternatives" to Christianity
W Robert Godfrey
The Lord Gives and the Lord Takes Away
R C Sproul
Am I Called to be a Pastor?
Dr. John MacArthur
Don’t Waste this Time - Pray for What Matters Most Globally (With a Tribute to Joyce Lin)
Phil Layton
Peacemaking in the Church: Covid-19 and Conscience
Peter John Louie
The Coming Pastoral Crash
John Dobbs
Anderson Cooper and the New Normal
John Stonestreet
Scientism: The Twisted Religion Of Science & Why It’s False
Daniel Currier
Psalms for Troubled Times
William Boekestein
A Believer's Last Day, His Best Day (eBook)
Thomas Brooks
3 Mentalities to Shape Your Parenting
Paul D Tripp
Divided Love Is Idolatry
W Robert Godfrey
Where to Begin: Starting to Explore Christianity
Mark Dever
Why We Don’t See Church as ‘Essential’
BRETT MCCRACKEN
Who Is Representing You—Adam or Jesus?
J V Fesko
God Saves Confused Sinners Who Cannot Save Themselves
Josh Buice
Why I’m religious, not just spiritual
Rev. Jim Witteveen
The World is Not my Parish
Matt Scheffer
Queer Times
Carl Trueman
Under the Rainbow Banner
Darel E. Paul
What Is God Up To?: The Temptation to Overinterpret Suffering
Ed Welch
The Spiritual Man's Aim (eBook)
Richard Sibbes
Why Do We Call Them the “Formal” and “Material” Principles of the Reformation?
Justin Taylor
Help! My Kids Don’t Like Going to Church
Megan Hill
20 Quotes on Christ’s Heart (From the Best Book I’ve Read All Year)
Dane C Ortlund
Recovering the Forgotten Doctrine of Christ’s Ascension
Patrick Schreiner
What is Our Future? (Ezekiel 47:1-12)
Darryl Dash
The Antidote for Despair
David Robertson
Trinitarian Worship Is Jesus Centered
Josh Buice
How Social Media Worsens the Theological Divide
Rhyne R. Putman
Why Does Everyone Seem so Angry at Each Other?
Joshua D. Chatraw
Goals and Methods in Mission & Evangelism
John Samson
Theological Primer: The Ascension
Kevin DeYoung
The FAQs: What Christians Should Know About QAnon
Joe Carter