The Marcions have landed. A warning for evangelicals 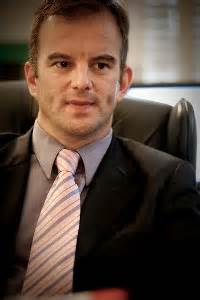 When one asks the most influential thinkers in the modern evangelical church are, one might find names such as Jim Packer, John Stott, and Don Carson.

I would like to suggest, however, that there is one whose influence is perhaps much greater than we are aware of, yet whose thinking all but pervades the modern evangelical church: Marcion.

He's the man who gets my vote for most profound influence on evangelicalism, from canon to theology to worship practices. You never see his books on the shelves in your high street Christian bookshop; you never see him advertised as preaching in your local church; but, rest assured, his spirit stalks those bookshops and pulpits.

Marcion is - or, rather, was - a somewhat shadowy figure, with most of what we know about him coming from the hostile pen of Tertullian. Apparently, he was a native of Pontus (in modern times, the area by the Black Sea), who flourished in the middle of the second century, dying circa 160. His major distinctive was his insistence on the Christian gospel as exclusively one of love to the extent that he came to a complete rejection of the Old Testament and only a qualified acceptance of those parts of the New Testament which he considered to be consistent with his central thesis (i.e. ten letters of Paul and a recension of the Gospel of Luke).

So how does Marcion influence modern evangelicalism? Well, I think evangelicalism has become practically Marcionite at a number of levels.

First, the emphasis upon God's love to the utter exclusion of everything else has become something of a commonplace. We see this in the collapse of the notion of penal substitution as an evangelical doctrine. Now, maybe I'm missing something, but of all the things taught in the Bible, the terrifying wrath of God would seem to be among the most self-evident of all.

Thus, when I hear statements from evangelical theologians such as 'God's wrath is always restorative', my mind goes straight to countless OT passages, the Bible's teaching about Satan, and NT characters such as Ananias and Sapphira. There was not much restoration for any of these folk - or are being swallowed alive by the earth, consumed by holy fire and being struck dead for cheating the church actually therapeutic techniques intended to restore the individuals concerned?

And when leading evangelicals tell me that penal substitution is tantamount to cosmic child abuse (don't laugh - this is seriously argued by some leading evangelical theologians), I'm left wondering whether I should sit down and explain the doctrine to them, or whether I should merely tell them to go away and grow up. Do they really expect the church to take such claims as serious theological reflection?

Out with the Old

Then, there is the constant tendency to neglect the Old Testament, in particular in our theological reflections, and our devotional lives also need to take full account of the Old Testament. We need to read the Bible as a whole, to understand each passage, each verse, within the theological and narrative structure of the canon as a whole.

As evangelicals we can often err by focusing purely on the straight doctrinal teaching of the letters in the NT and the great passages in John's Gospel. An NT scholar and friend once said to me that he thought the average evangelical's life would be pretty much unaffected if the whole Bible, except for the Gospel of John and the Letter to the Romans, simply disappeared. Hyperbole maybe, but probably not by much. We need a solid biblical theology - not one which downgrades everything to the level of economy at the expense of ontology but one which takes full account of the central narrative of the Bible and seeks to do justice even to those bits of the Bible we don't like.

Then, in our church practice, we need to take the Old Testament more seriously. It astounds me, given the overwhelming use of psalms as central to gathered worship in the first four centuries, the absolute importance given to psalmody for the first two centuries of the post-Reformation Reformed churches, and the fact that the Book of Psalms is the only hymn book which can claim to be universal in its acceptance by the whole of Christendom and utterly inspired in all of its statements - it astounds me, I say, that so few psalms are sung in our worship services today.

Moreover, often nothing seems to earn the scorn and derision of others more than the suggestion that more psalms should be sung in worship. Indeed, the last few years have seen a number of writers strike out against exclusive psalmody. Given that life is too short to engage in pointless polemics, I am left wondering which parallel universe these guys come from, where the most pressing and dangerous worship issue is clearly that people sing too much of the Bible in their services. How terrifying a prospect that would be.

Imagine: people actually singing songs that express the full range of human emotion in their worship using words of which God has explicitly said, 'These are mine.' Back here on Planet Earth, however, there is generally precious little chance of overloading on sound theology in song in most evangelical churches as the Marcion invasion is pretty much total and unopposed in the sphere of worship. Yet I for one prefer Athanasius to Marcion as a patristic thinker and, in his letter to Marcellinus, he gives one of the most beautiful and moving arguments for psalms in worship ever penned (available at www.athanasius.com/psalms/ aletterm.htm). It is a pity more have not taken his words to heart

So what will be the long-term consequences of this Marcionite approach to the Bible? Ultimately, I think it will push 'the God who is there' back into the realm of the unknowable and make our god a mere projection of our own psychology and our worship simply into group therapy sessions where we all come together to pretend we are feeling great. God is the God of Abraham, Isaac and Jacob - take that identity away and what do we have left? As the OT is the context for the NT, so the neglect of OT leaves the NT as more or less meaningless. As our reading, our sermons, and our times of corporate worship neglect and, sometimes, simply ignore the OT, we can expect a general impoverishment of church life and, finally, a total collapse of evangelical Christendom.

Indeed, there are mornings when I wake up and think it's already all over, and that the church in the West survives more by sheer force of personality, by hype and by marketing ploys rather than by any higher power. We need to grasp once again who God is in his fullness; we need to grasp who we are in relation to him; and we need teaching and worship which gives full-orbed expression to these things - and this will only come when we in the West grow up, ditch the designer gods we build from our pick-n-mix Bible where consumer, not Creator, is king, and give the whole Bible its proper place in our lives, thinking and worship.

Think truncated thoughts about God and you'll get a truncated God; read an expurgated Bible and you get an expurgated theology; sing mindless, superficial rubbish instead of deep, truly emotional praise and you will eventually become what you sing.

Carl Trueman is Professor of Theology at Westminster Theological Seminary, USA. This article is adapted from Carl's editorial in Themelios Vol. 28 No. 1