The Lord and Giver of Life 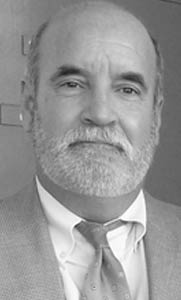 Jesus of Nazareth had died a horrible and agonizing death at the hands of his Roman executioners. His own band of disciples, who had left everything they had to follow him, were suddenly left with nothing but memories, or so they undoubtedly thought. They could not have had the slightest inkling that the death of Jesus Christ was not only not the end of their three-year association with him, it was merely the beginning of coming glories beyond their wildest expectations. But while they were still in the fog of grief, shock, and confusion because of the death of their beloved master, Jesus Christ conquered death and the grave three days later on that first Easter Sunday. Their tempestuous leader, Simon Peter, had denied even knowing Jesus, and most of the others had either fled the scene or remained in hiding in fear of what the Jewish religious authorities would do to them now that Jesus was no longer around to offer protection. But the disciples were not singled out for retributive punishment, nor were they rejected by the Risen Lord for deserting him. These same deserters and faithless cowards were instead granted the unspeakable privilege of actually beholding several quite spectacular post-resurrection appearances of their Lord. No, this was not the end, it was indeed the beginning of something far more awesome than they had ever known! And Jesus was now about to make this point clear to them.

As our Lord himself had pointed out to the apostles, even before these things had all transpired, this was to be but a transitional period in redemptive history. Jesus Christ's own coronation as King of Kings and Lord of Lords was soon at hand. Jesus was going to return to his Father in his Ascension and receive ultimate exaltation, taking his seat upon the very throne of heaven. Once again, he would see with his own eyes his Father's unspeakable glories which he had once beheld throughout ages past before his own divine glory had been veiled in human flesh. Jesus' words spoken earlier to the disciples and recorded in John's gospel must have somehow flooded back into their memories during these chaotic days. They undoubtedly remembered Jesus saying to them, "But I tell you the truth: for it is for your good that I am going away. Unless I go away, the Counselor will not come to you; but if I go, I will send him to you" (Jn. 16:7). How could it be good for them that Jesus go away and leave them? And while these words did not make much sense when Jesus first uttered them, now they offered an important clue to the meaning of what was soon to happen among them. For Jesus also said,

In fact, it was during those very unique days between our Lord's Resurrection and Ascension that Jesus took the opportunity to remind the disciples of all this, declaring, "I am going to send you what my Father has promised, but stay in the city until you have been clothed with power from on high" (Lk. 24:49). And as this anticipated event was rapidly approaching, Jesus promised them that "in a few days you will be baptized with the Holy Spirit. But you will receive power when the Holy Spirit comes on you; and you will be my witnesses in Jerusalem, and in all Judea and Samaria, and to the ends of the earth" (Acts 1:5, 8). The promised Counselor, the Holy Spirit, was going to come at long last, and his coming was to have the most important of consequences, not only for the 12, but for the entire world. How could these men, with all of their fears, sins, and shortcomings turn the whole world upside-down? What qualified them to be Christ's witnesses to the ends of the earth? Their own track records were less than impressive, since they had already deserted Jesus once before, after just three short days of uncertainty!

Since the debate surrounding the charismatic movement began in the late '60s, virtually every discussion of the person and work of the Holy Spirit is forced to take into account the doctrine of the "baptism in the Spirit," and the role of "spiritual gifts" in the life of the individual believer. While there is no doubt that these are very important questions, the debate over the validity of such spiritual gifts as speaking in tongues, and the question of whether or not the "baptism in the Holy Spirit" is the initiatory experience for every Christian, or a second work of grace that happens to Christians after they are converted, has forced the church to deal with the question of the ministry of the Holy Spirit in the present age. Since God does not change in either his being or in his plans for his people, how are we to understand the Holy Spirit's work in the present age-an age that dawned with the coming of the Holy Spirit at Pentecost, and therefore, an age that is at the very least a continuation of that which was begun that day in Jerusalem? Is the present work of the Holy Spirit to be understood as primarily giving sensational and miraculous gifts? Is the baptism of the Holy Spirit an additional power to enable struggling sinners to live a holy life? Are we as Christians to expect that our spiritual experiences will inevitably reflect the events recorded in the New Testament, especially those recorded in the book of Acts?

The answer to the last question is "yes" and "no." Since Acts is a divinely inspired record of the events that gave birth to the Church, and is as Calvin argued, not merely a history of the early Church but also a description of "the beginning of the reign of Christ, and as it were, the renewal of the world that is being pictured here."1 Acts, therefore, describes a unique period in redemptive history, and accordingly, most interpreters of the book would argue that much of what is recorded is directly related to the dramatic inauguration of Christ's reign in heaven, but is not necessarily normative for all Christian experience and practice throughout the age that follows. Certainly, Christians can and do disagree about this, and this debate needs to be a part of the on-going theological reflection of the Church. Most Reformed Christians argue that the "baptism of the Holy Spirit" spoken of by our Lord is connected with the inauguration and entrance by a Christian into union with Christ through faith. And in addition, most Reformed Christians would argue that miraculous "sign" gifts, such as the gift of tongues, were also unique to that age.2 However, there is one point that often gets obscured in the debate over these questions that we must endeavor to keep clearly in view.

It is very important to remember that our Lord himself connects the future coming of the Holy Spirit with the conviction of sin, righteousness, and judgment of the world (Jn. 16:8-11). In addition, Jesus tells his disciples that the consequence of the baptism of the Holy Spirit will be power, that is, as our Lord explains it, his disciples will be empowered to be his witnesses, even to the ends of the earth (Acts 1:8). How is it that these 12 formerly faithless and lackluster cowards would succeed in taking the gospel of Jesus Christ to the end of the world? What was it that transformed them into messengers of the gospel? I think it is interesting to note that by the time Luke concludes his account of the infant church in Acts, we discover the gospel has already spread as far as Rome itself! What happened to the disciples? How did these misfits actually succeed in doing this? The Blessed Holy Spirit had come upon them and they became Christ's witnesses, just as he had promised. And it is here, at this point, where we must see that the present day ministry of the Holy Spirit mirrors exactly what we find in the Book of Acts.

Soon after Jesus had ascended into heaven, the disciples gathered in an upper room in Jerusalem to await the power of the Holy Spirit as the Lord had promised them. In Acts 2 we read of the amazing account of how the Holy Spirit was poured out on all of those who had gathered there. In turn, we read about how these formerly fearful, timid followers of Jesus Christ suddenly began to declare "the wonders of God" to the large and hostile crowd that had gathered outside due to all of the commotion. Peter, who had since gone from cowardly denying his Lord to being the leader of the church, now boldly declared to the multitude that what had been promised long ago by the prophet Joel was at last being fulfilled in their very presence! Demonstrating from the Old Testament scriptures that Jesus, whom they had crucified, had risen from the dead and was now exalted, Peter exhorted the crowd to "repent and be baptized!" Three thousand were converted to Jesus Christ and baptized that very day.

Thus, we fail miserably to understand the present ministry of the Holy Spirit if we do not see that as the Lord and Giver of life, the primary aspects of his work in this age are to give his people a supernatural boldness to be Christ's witnesses by empowering them to declare the gospel of Jesus Christ to all who will listen, and to be responsible for the regeneration and conversion of a lost soul (Ti. 3:5). Only God the Holy Spirit can give new life to someone who is dead in trespasses and sin (Jn. 3:3-16; Eph. 2:5). Therefore, no debate about the present work of the Holy Spirit is complete if it does not focus on the fact that whenever anyone comes to Jesus Christ through faith, they have done so precisely in the same manner that we see in Acts 2. The Blessed Holy Spirit has not only empowered another witness to preach to them, but he has given to the converted sinner the gift of the new birth. He empowers his people to be witnesses of Jesus Christ and he gives the gift of regeneration, enabling those dead in sin to trust in the Saviour. So, when someone asks me, "Do you believe that the Holy Spirit works today just as he did in the Book of Acts?" my answer can only be the most resounding, "Yes!" The Holy Spirit is still the Lord and Giver of life!§

Notes
1. John Calvin, The Acts of the Apostles, Vol. 1, Calvin's New Testament Commentaries, trans. W.J.G. McDonald (Grand Rapids: William B. Eerdmans Publishing Company, 1979) p. 17.
2. The recent work of Robert Zerhusen has shown that a strong case can be made for seeing the gifts of tongues as a supernatural boldness to declare the wonders of God in one's native language and not as the supernatural ability to speak a language that the speaker does not already know. See the listing of "Alliance Articles" in the Publications section of the Alliance of Confessing Evangelicals' web site (http://www.AllianceNet.org).

Dr. Kim Riddlebarger is a graduate of California State University in Fullerton (B.A.), Westminster Theological Seminary in California (M.A.R.), and Fuller Theological Seminary (Ph.D.). Kim has contributed chapters to books such as Power Religion: The Selling Out of the Evangelical Church, Roman Catholicism: Evangelical Protestants Analyze What Unites & Divides Us, and Christ The Lord: The Reformation & Lordship Salvation, and is currently the pastor of Christ Reformed Church in Anaheim, California.