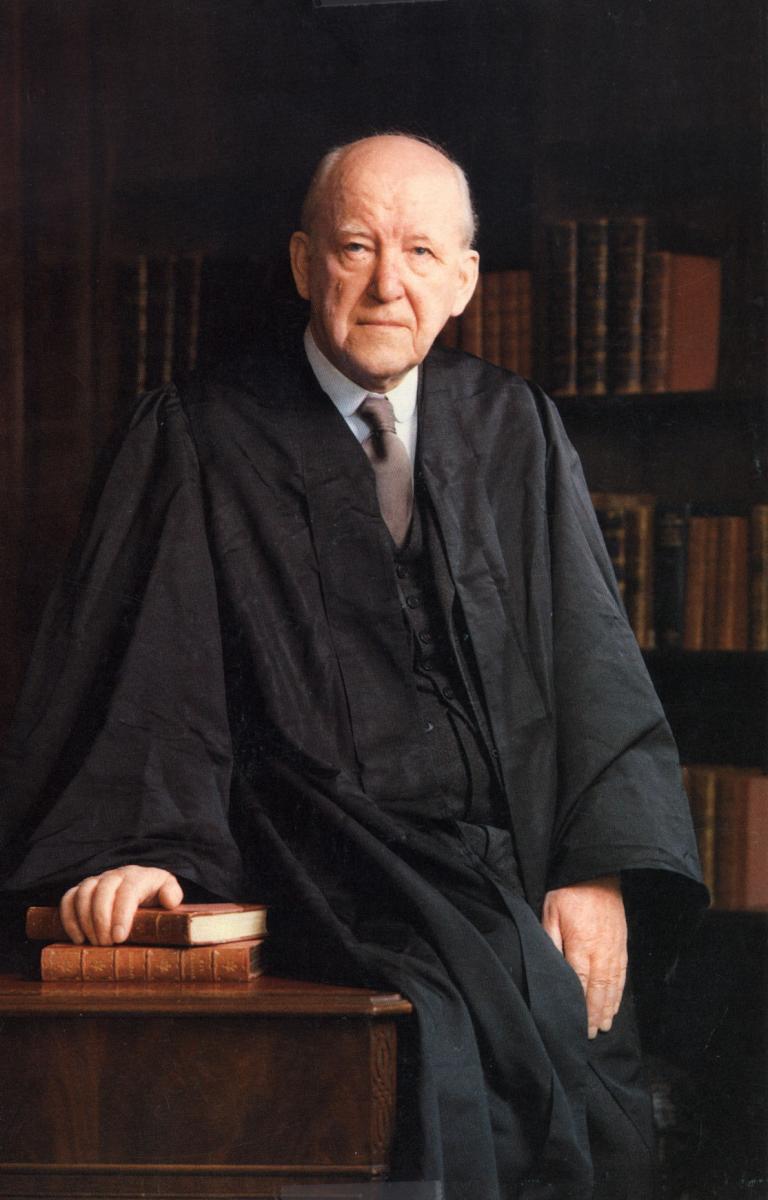 Condensed from an online sermon by D. Martyn Lloyd-Jones

'Thus says the Lord, what iniquities have your fathers found in me that they are gone far from me and have walked after vanity and are become vain?' (Jeremiah 2:5)

Israel had plumbed the lowest depths of religious and moral declension. And now the Chaldean army was coming to carry them into captivity. God had sent them prophets but they wouldn't listen. So finally God sends Jeremiah - it is still not too late. The crisis can be averted if they repent and cast themselves on God's mercy.

God challenges Israel. He condescends to argue and reason with them - 'Consider why you have forsaken me and what you have done'.

Let me ask the same question of any who do not believe. Why do you reject this gospel? Most people have no idea why they do so - but that is irrational. Here is the eternal God asking, 'Tell me, what iniquity have you found in me that you have gone away from me?' Why do so many people ridicule belief in God? Why are people so ashamed of him?

Isn't it amazing that people turn away from the infinite, eternal, everlasting God? God is light and in him is no darkness at all. Is the world so full of light and perfection that we do not need him?

What is wrong with this God, who made the worlds from nothing and still sustains them - who is holy, righteous, just, and good; who is love, mercy and compassion? You are not just dismissing a theory, philosophy, force or power. You are rejecting almighty God. Can't you see the enormity of it?

What is wrong with the way God orders and controls this world? Does he not 'cause his sun to rise upon the evil and the good, and send rain upon the just and the unjust'? Don't you realise that everything you enjoy is the result of his providence?

God says, 'Honour your father and mother'. Is there anything wrong with that? Should you not respect and honour those who brought you into this world, cared for you as a helpless infant, and surrounded you with love?

If everyone were keeping the Ten Commandments there would be no crime or tension. You wouldn't need the United Nations. What have you got against Christ's way of life? What is your objection to his Sermon on the Mount?

Someone will say, 'But why does God allow suffering?' The answer is plain. All suffering is the outcome of sin. God never made a world of suffering. Suffering has come from man's disobedience.

God made the world perfect, but man said, 'I want my rights, I want to live my own way'. 'Very well', said God, 'if you claim you can manage this world, have a go at it!' Hear the question again: 'What iniquity have your fathers found in me that they have gone far from me?' There is no reason. The man who turns his back on God is speechless - he has no answer.

But look now at the second aspect. Man has not only been irrational, he has 'walked after vanity'. Vanity means emptiness. It is the story not just of Israel but of mankind.

They turned their backs upon the living God to worship idols like the other nations. They went after home-made gods devoid of life or power. Psalm 115 says it all - their gods are no gods. They have no life. They can do nothing for you. You can cry to them but they cannot help you in your hour of need (see also 1 Kings 18).

Isn't this the truth about the modern world? We think we are too clever to believe in God. We are sophisticated 20th century people. But what have we gone after? What does the clever man of this world worship today?

Read the newspapers, books and journals. Many worship wealth. How many millions of people in our nation are trying to win the football pools? Money is the object of their desire.

What else? Pleasure! Pleasure mania rules men's minds. People don't want to work any longer; they don't believe in it. Work has become an annoyance. Only pleasure satisfies.

Some, admittedly, worship knowledge. But have they anything beyond speculation and theory? Can mere knowledge help us live a pure and upright life? Knowledge isn't solving the awful moral problems of our young people.

What can knowledge tell you about how to live and how to die? About life beyond the grave? In times of agony and bereavement, how does knowledge help you?

Others have made a god out of political action. I'm not exaggerating. I've known people who have ceased to believe in God because they say he is no longer needed. I remember a man telling my father that religion was no longer needed because the 1906 Liberal Government would make the world perfect.

We worshipped politicians. They were great men and we listened to what they had to say. But they didn't prevent the first world war and couldn't stop the second. What will they do about the third? God alone knows!

In Acts 17 Paul is in the great university city of Athens. It was the home of great philosophers yet they couldn't rise above worshipping idols. It gave no satisfaction, of course.

Among the many temples Paul sees one dedicated 'to the unknown god'. Clearly, there was something lacking - perhaps a god beyond the gods. Who knows? So they built a temple to him. That epitomises the failure of philosophy and learning at its best.

But even worse, such people become degenerate. As the author of Psalm 115 puts it, 'they that make [idols] are like unto them, so also are they that worship them'. A man becomes like his god. 'Professing themselves to be wise they became fools' (Romans 1:22).

When man turns his back on God, he sees himself no longer as one made in God's image but as an animal. And since he is just an animal, he behaves like an animal. So your great philosopher, who doesn't believe in God and the soul, believes in such things as 'experimental marriages'. Of course he does. He has the morality of the farmyard!

Isn't life empty for the vast majority today? Watch them walking the streets of London. I'm sorry for them; they have no aim in life. Everything is futile and they are weary. It was like that when Christ came into the world. The world was tired and blasé. Suicide was on the increase, especially among philosophers.

And what of moral declension? Man today has an empty heart. With all the sex and sentimentality, the word 'love' has almost lost its meaning. They talk about people falling in love with one another who have left four or five spouses. Self-expression has taken the place of self-control.

So God still speaks through Jeremiah to the emptiness of our age. He says, 'You have left me without cause. You have become fools. Look at yourselves. Consider what you are worshipping and the enormity of rejecting me'.

God's case against those ancient people is still his case today. We have lost our values and principles. We seek ease and pleasure and the result is chaos. And it is all due to one thing - men have turned their backs upon God and gone after vanity.

The end of such a course is disaster. For the God whom men are trying to avoid is the God from whom they cannot escape! He is still there and will judge the world in righteousness.

What can you do? Seek his face and acknowledge your sinfulness. Ask God to have compassion upon you. He will not reject you. He so loved even this sinful world that he sent his only begotten Son, that whosoever believes in him should not perish but have everlasting life.

Repent and believe in his Son - who bore your sins that God might be just and yet able to justify and forgive all who comes to him in the name of Jesus Christ. What reason can you give for turning from such a God? There is none. Recognise it and believe on his only begotten Son.