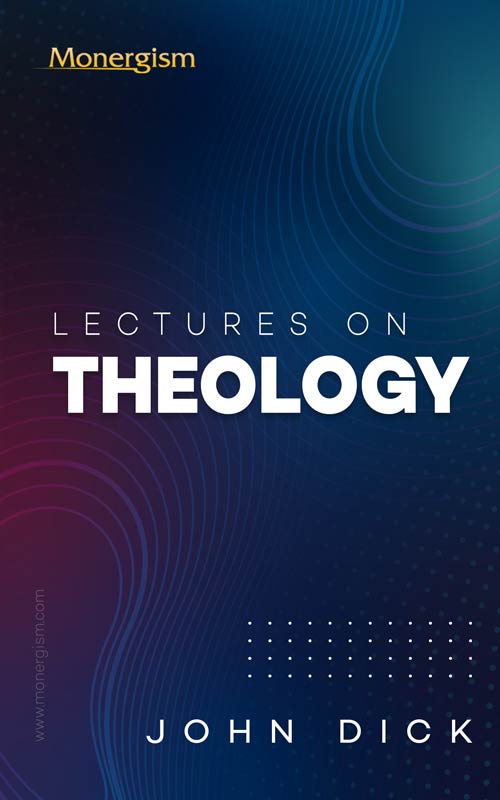 IN presenting this work to the American public, the publishers believe that they are rendering an important service to the religious community at large, and to theological students in particular. The first edition was published at Edinburgh in 1834, and has already obtained a very extensive circulation in Britain. An estimate may be formed of the value of these Lectures, from the fact of their having received the highest praise of some of the most distinguished theological scholars in Scotland and England; and though expressing in the most decided manner the views of the particular denomination with which their author was connected, (the Presbyterian,) the catholic spirit with which these opinions are maintained, the candour with which others are stated, and the ability with which the common Christianity is illustrated and defended, may be learned from the fact of their being warmly recommended by the leading periodicals of nearly all the Protestant denominations of Britain.

The Lectures of which this work is composed were read by their author to the students attending the Theological Seminary of the United Associate Church, in which he was Professor of Systematic Divinity. They were not prepared for the press; nor is it known that he ever entertained any design of publishing them. The following extract from one of the author's unpublished introductory addresses to his students will give a correct idea of his aim in drawing them up. "You come to this place to hear such an explanation of the doctrines of religion as will furnish you with materials of reflection, and assistance in your private inquiries. Of one thing it may be proper to admonish you; that you are not to expect to be entertained with things which may be properly called new. To some of you, indeed, many things may be new in this sense, that you have not heard them before; but in general, the subjects to which your attention is directed, are truths as old as the Bible, which have been topics of discussion from chairs and pulpits from the first ages of our religion. It cannot be supposed that, in a field which has been so often and so carefully surveyed, there is any thing left to be gathered by the persons who shall walk over it again. Our purpose is gained if we are able to impart to the rising race the knowledge which was imparted to ourselves by our predecessors: and the utmost at which we could reasonably aim is to suggest some small matter which has been overlooked; to propose a new argument, or a better statement of an old argument; or, it may be, to throw some light upon a portion of the Scriptures not yet fully understood. In human sciences, discoveries may be made by superior penetration, and more patient inquiry; and their advanced state in the present age is a proof of the success of modern philosophers in the investigation of the secrets of nature. Discoveries might have been made in religion while revelation was in progress, and its light was increasing like that of the morning; but as seventeen centuries have elapsed since it was completed, and during this long interval it has engaged the attention of the wise, the learned, and the pious, there is every probability that we have been anticipated in all our views."

The Edinburgh edition was published under the superintendence of a son of the author, Andrew Coventry Dick, Esq. The present edition is an exact reprint of the former, and in the course of publication has been under the supervision of one who was formerly a pupil of Dr. Dick, and heard a considerable portion of them read.

The appendix, containing observations on the atonement of Christ, belongs properly to the fifty-eighth lecture; and it was the original design of the American editor to have inserted them in their proper place in the body of the work; but as he was at a loss, upon examination, to determine the precise place in which their author would have wished them to come, he has judged it best to allow them to be published in their present shape.

In the preparation of the memoir prefixed to the first volume, the editor has made much use of the Life of Dr. Dick by his son A. C. Dick, Esq., and of a short sketch of his life and writings of his son-in-law, Rev. W. Peddie, of Edinburgh.

II. The Sources of Theology: Reason

III. The Sources of Theology: Revelation

IV. Evidences of Christianity: Genuineness of the Scriptures

V. Evidences of Christianity: Genuineness of the Scriptures

VI. Evidences of Christianity: Genuineness of the Scriptures

VII. Evidences of Christianity: Authenticity of the Scriptures; Miracles

IX. Evidences of Christianity: Success of the Gospel; Internal Evidences

XI. Inspiration of the Sacred writers

XII. State of the Sacred Text

XIII. The Study and Interpretation of the Scriptures

XIV. The Dispensation of Religion: Under the Old Testament

XV. The Dispensation of Religion: Under the New Testament

XVI. On God: His Existence

XVII. On God: His Existence; Eternity and Spirituality

XVIII. On God: His Unity

XIX. On God: His Immensity

XX. On God: His Immutability

XXI. On God: His Knowledge

XXII. On God: His Wisdom

XXIII. On God: His Power

XXIV. On God: His Goodness

XXV. On God: His Justice

XXVI. On God: His Truth and Faithfulness

XXVII. On God: His Holiness; and General Reflections

XXXI. The Divinity of Christ

XXXII. The Divinity of Christ

XXXIII. The Divinity of the Holy Spirit

XXXIV. The Decrees of God

XXXVI. The Decrees of God, Reprobation

XL. Man in his State of Innocence

XLIV. The Fall of Man, and its Consequences

XLV. The Fall of Man, and its Consequences

XLVI. The Fall of Man, and its Consequences

XLVII. The Fall of Man, and its Consequences

XLVIII. The Covenant of Grace

XLIX. The Covenant of Grace

L. The Covenant of Grace

LI. The Mediatorial Office of Christ

LIII. The Person of Christ

LIV. The Prophetical Office of Christ

LV. The Prophetical Office of Christ

LVI. The Priestly Office of Christ

LVII. The Priestly Office of Christ: His Sacrifice

LVIII. The Priestly Office of Christ: His Sacrifice

LIX. The Priestly Office of Christ: His Intercession

LXII. Christ's State of Exaltation: His Ascension to Heaven: His Seat in Heaven

LXIII. Christ's State of Exaltation: His Judging the World

LXIV. The Kingdom of Christ

LXVII. The Application of Redemption: Union to Christ

LXVIII. The Application of Redemption: Faith

LXIX. The Privileges of Believers: Justification

LXX. The Privileges of Believers: Justification

LXXI. The Privileges of Believers: Justification

LXXII. The Privileges of Believers: Justification

LXXIII. The Privileges of Believers: Adoption

LXXIV. The Privileges of Believers: Sanctification

LXXV. The Privileges of Believers: Sanctification

LXXIX. The Perseverance of the Saints

LXXX. The Death of the Saints, and its Consequences

LXXXI. The Death of the Saints, and its Consequences

LXXXII The Resurrection of the Dead

LXXXIII. The Final State of the Righteous

LXXXIV. The External Means of Grace: The Word of God

LXXXV. The External Means of Grace: The Word of God

LXXXVI. The External Means of Grace: The Sacraments

LXXXVII. The External Means of Grace: The Sacraments

LXXXVIII. The External Means of Grace: The Sacrament of Baptism

LXXXIX. The External Means of Grace: The Sacrament of Baptism

XC. The External Means of Grace: The Sacrament of the Lord's Supper

XCI. The External Means of Grace: The Sacrament of the Lord's Supper

XCII. The External Means of Grace: The Sacrament of the Lord's Supper

XCVII. The Government of the Church: Popish form; Episcopacy

XCVIII. The Government of the Church: Episcopacy; Independency and Presbytery

XCIX. The Government of the Church: Independency and Presbytery

C. The Government of the Church: Office-bearers

CI. The Government of the Church: Church Power

CII. The Law of God: The Decalogue

CIII. The Law of God: The First, Second, and Third Commandments

CIV. The Law of God: The Fourth, Fifth, and Sixth Commandments

CV. The Law of God: The Seventh, Eighth, and Ninth Commandments; Conclusion