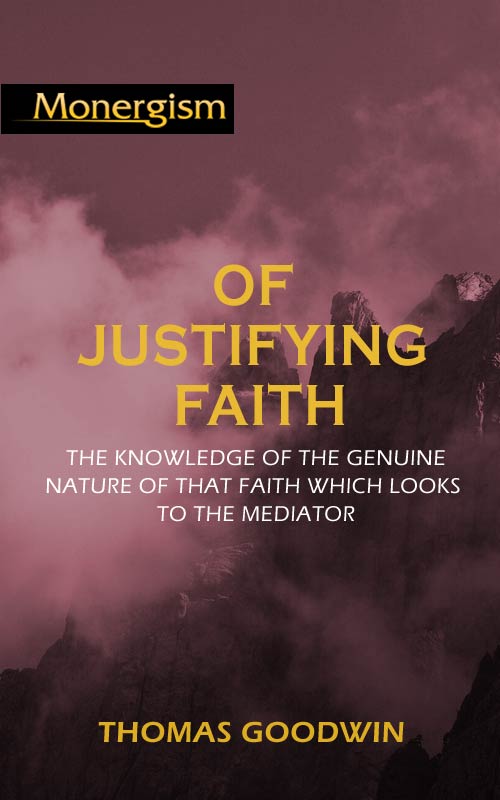 Volume 8 of the Works of Thomas Goodwin

This is a discourse on the knowledge of the genuine nature of that faith which looks to the Mediator, and comes to him from an interest in his person, sacrifice, blood, and righteousness. You have first the infinite mercies of God’s nature displayed as far as man’s thoughts and words can reach them, proposed as the great object which a believer regards, as the spring of all those acts of grace exerted in saving a sinner, and in which he trusts and hopes. You have then the promises, which are nothing but the mercies of the divine nature, and his gracious purposes proclaimed to, us, and so are absolute as they themselves are, proposed as another object which the soul considers in believing. You have then Jesus Christ set forth as the great object of faith in his person God-man; and it is indeed a sufficient argument to prove his divinity, that we are commanded to believe on him; nor could we have a certain and undoubted faith in him if he were not God: for what assured confidence and hope could we have in a creature, whose goodness, wisdom, and power, in the highest excellence of them, are imperfect and defective? The author therefore insists on it, that the true believer who heartily comes to Christ for life and salvation, regards him as the Son of God, and looks to and considers the spiritual excellencies of his person. He is the object of faith, too, in respect of what he hath done and suffered for our salvation, and of what he at present doth. He is the object of faith proposed to us in his death, resurrection, and intercession: and therefore I once had thoughts to have drawn into this discourse of the object and acts of faith, as into their proper place, those treatises of the triumph of faith in Christ’s death, resurrection, and intercession, which were many years ago printed in quarto by my dear father himself. But when I considered that that excellent book is in so many hands, and perhaps the most of them who will have this volume have that already, I apprehended it would look like a wrong, and an imposing upon them, to reprint it again, to make them pay for what they had already. Therefore the reader is to take notice, that the latter end of the title of the second book in this first part of the object of faith, directs him to those discourses of the triumph of faith which are in the quarto volume.

The second part of this treatise is concerning the acts of faith, in which that chapter about joy in the Holy Ghost was his Concio ad Clerum, which the author made when he commenced Bachelor of Divinity in Cambridge, but finding in his papers that he designed it to be a part of this discourse, and not finding that he had done it into English himself, I translated it, that it might be suitable to the other parts, though my English doth not reach the eloquence of his Latin.

The third part treats of the properties of faith, and in it you have discouragements removed, and the Arminian objections answered. They reproach us, that by depriving men unregenerate of power to believe, and by ascribing the work of faith entirely to grace, we make men’s endeavours to believe impossible, and all their attempts of this nature frivolous and vain. The author, with great strength of thought and clearness of expression, baffles these unreasonable cavils, and shews how the prevailing and always victorious grace of God and our endeavours may very well be consistent together.
In the discourse of the order and government of the churches of Christ,* though the author hath drawn down those forms which have been erected by men, and fashioned to suit with the political regiment of kingdoms, and hath in the room of it asserted that order which is of Christ’s own institution, which, though it doth not dazzle and take men’s vain minds with any appearance of greatness and state, yet sufficiently recommends itself by its own plain native beauty. Though it is not pompous, yet it is handsome; though it is not framed according to the admired rules of human policy, yet it is orderly, and so perfectly suited by the wisdom of the Great King of saints to the cases, circumstances, and necessities of them his subjects in all ages, so fitted to prevent corruption both of doctrine and manners, to promote holiness, and to attain all the ends of religion, that as there never hath been any need, so there never will be, to add anything to his orders. It is this institution of Christ which the author asserts, but maintains it with that candour as well as strength of mind, that they who differ from him in judgment cannot be angry. Here is no pride nor arrogance, which is insufferable in any man, much more in a minister of the gospel. Here are no reproaches, no base and sly insinuations, no invidious reflections with which controversies are usually managed; but here are sober thoughts, calm reasonings, and the truth shewing itself in such a mild and lovely aspect as may create inclinations to it in the souls of all persons whom passion or interest hath not too much prejudiced.

Thus I have endeavoured to set before thee at one view the general design of this book; and that thou mayest gee that thou hast all the MSS. which I promised printed in it, I have annexed a catalogue* of them, directing in what part of the book thou mayest find any of them.

I am, Thy hearty servant, In our Lord Jesus, 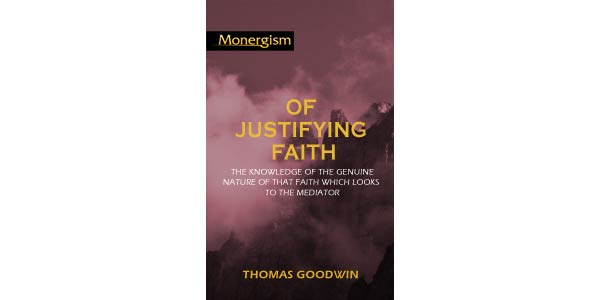 Preface to the Reader

PART I.—OF THE OBJECT OF FAITH

BOOK I: The mercies in God's nature the object

BOOK III: The free grace of God, as declared and proposed in the covenant, is the object of faith.

PART II.—OF THE ACTS OF FAITH

BOOK I: The acts of faith in the understanding are a sight of Christ

BOOK II: Of faith of assurance

BOOK III: Of the actings of faith in prayer.

PART III. OF THE PROPERTIES OF FAITH

BOOK I: Of the excellence and use of faith.

BOOK II: The difficulty of faith.

BOOK III: Though faith be a difficult work, yet we ought to use our endeavours to believe.

BOOK IV: Though faith be a difficult work above our power, yet God commands us to use our utmost endeavours to believe