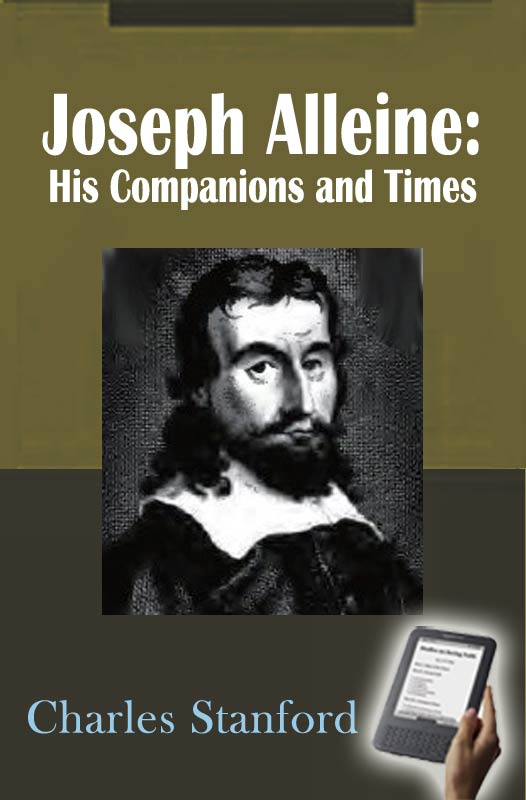 THE following work is an attempt to bring into notice some of our early Nonconformist worthies, the story of whose life-long sufferings for truth and duty is now almost unknown. It professes to be a book of “OBSCURE MARTYRS.” True it is, that the chief hero, Joseph Alleine, was well-known in his own times, but even then he was obscure in comparison with many in the constellation of eminent men around him.

With prophet-like solemnity, Richard Baxter says: “Let posterity know, that though this servant of Christ was exalted above very many of his brethren, yet it is not that such men are wonders in this age that his life is singled out to be recorded.” The “Life,” in the introduction to which these words occur, was first published in 1672. It includes a narrative, twenty-five pages long, written by his widow; several essays, like prose elegies, contributed by his friends; and also forty of his letters. Only a few facts are related, and although the volumes spread the fame of his worth, it still left much of his life in obscurity.

In our own day, “Joseph Alleine” is little more than a name — a name that stands on the title-page of an old book, called, “AN ALARM TO THE UNCONVERTED;” — a dead name, without substance, personality, or history. Still less is known of his companions for, generally speaking, their very names have faded out of remembrance.

It has been said by some of my friends, that the life of some great Nonconformist leader would have been a more attractive subject than that which has here been selected. But we are already well-acquainted with Baxter, Owen, Howe, John Bunyan, and men who in the same day had similar influence. Accounts of them have been so often and so ably recorded, that little more remains to be told. My preference has been decided in favour of Alleine and his companions, because I venture to think that most of the information now offered respecting them is important; and that also, to most of my readers, it will be new. Important? I am sure it is. To know the heroic age of Nonconformity correctly and completely, we must not only know the men who were then influential from commanding genius and station, but we should know something of the average ministers and the provincial congregations. You are invited to live with one of those ministers; to study his principles, and the various influences which tended to fix and try them; to look on some of those external things to which his mind owed its formation and its information; to be introduced to some of the men and women whom he met in his daily walks and country labours; and to follow him, in thought, both to prison and to death. As you thus accompany him, you are invited to watch, all the way along, the development of the events which led to the Act of Uniformity, and then to observe that Act in its operation.

This is my plan; and although it has been very imperfectly realised, I hope some good will be effected by the attempt to carry it out. I address more especially the younger members of our congregations, and if they are led to examine afresh the reasons for Nonconformity, to search into some of its historical connexions, and above all to emulate the holy lives of its earlier confessors, then my principal object will be gained. At the present time, having nearly reached the second centenary of the year when the peculiar sufferings of our ancestors began, and when their good confession was made, it becomes us all to renew our attention to the truths for which they suffered, and also to renew our praise to Him, who, through the growing ascendancy of those truths, has permitted us to see the day of liberty which they desired to see but saw not. “They that are delivered from the noise of archers in the places of drawing water, there shall they rehearse the righteous acts of the Lord, even the righteous acts towards the inhabitants of his villages in Israel.”

My cordial acknowledgments are due to the various friends who have kindly answered my inquiries and contributed to my materials; but chiefly to my friend James Waylen, Esq., ofEtchilhampton, near Devizes, who first suggested the idea of undertaking the work, and who has ever been ready to help me with the results of his extensive reading and minute antiquarian research. For courteous permission to see books and papers, in Dr. Williams’s library most especially, also in the library of the Guildhall, in that of the London Medical Society, in that of the Society of Friends at Devonshire House, in that of Sion College, and in that of the Baptist College, Bristol, the Trustees and Librarians will be pleased to accept my best thanks.