Introduction to the New Testament (eBook) 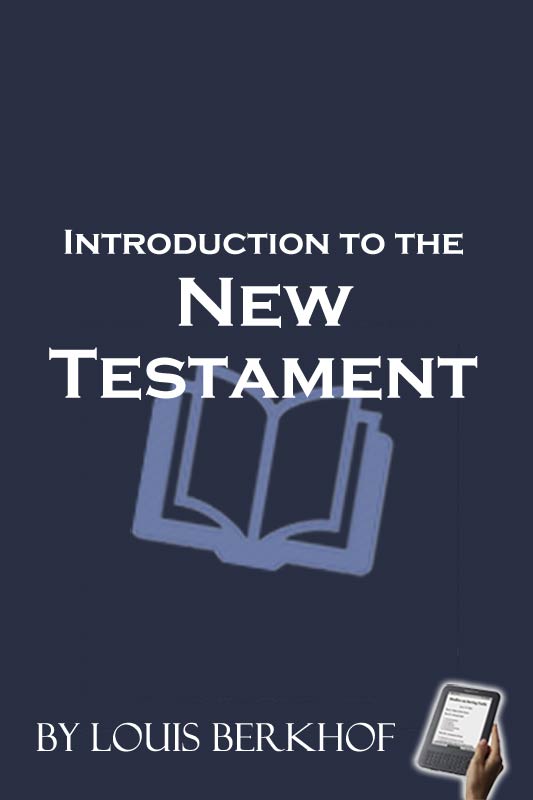 This little work on New Testament Introduction is the result of labor done in and for the classroom, and is primarily intended for my own students. It is not and does not pretend to be a work of original research, but depends in a large measure on the labors of such men as Davidson, Reuss, Weiss, Westcott, Lightfoot, Godet, Holtzmann, Julicher, Zahn, e. a. The indebtedness to these will be evident from its pages.

In method of treatment I have partly gone my own way, both in virtue of principles that are not generally recognized in works of Introduction and for practical considerations. As far as the limits of the work allowed, the directions given by Dr. Kuyper in his Encyclopaedia of Sacred Theology have been followed; not only the human but also the divine side of the Sacred Scriptures has been treated.

It has been my constant endeavor in writing this book, to make it a work that would introduce the students to the books of the New Testament, as they have in fact been transmitted to the Church, and not as some critic or other would have them be. Hence critical questions, though not disregarded, do not loom as large on its pages as they often do in works on Introduction; the positive constructive element has a decided precedence over the apologetic; and the human factor that operated in the origin and composition of the Scriptures, is not studied to the neglect of the divine.

A limited number of copies was printed, partly in deference to the expressed wish of some of my present and past students, and partly because I desire to use it as a text-book in the future, there being none of the smaller works on Introduction, such as those of Dods, Pullan, Kerr, Barth, Peake e. a., however excellent some of them may be in their own way, that gave me what I desired. If the book may in some small measure be instrumental in leading others to a greater appreciation and an ever better understanding of the New Testament writings, I shall be very grateful indeed.

The Gospels in General

The Gospel of Matthew

The Gospel of Mark

The Gospel of Luke.

The Gospel of John

The Acts of the Apostles

The Epistles in General

The Epistles of Paul

The Epistle to the Romans

The First Epistle to the Corinthians

The Second Epistle to the Corinthians

The Epistle to the Galatians

The Epistle to the Ephesians

The Epistle to the Philippians

The Epistle to the Colossians

The First Epistle to the Thessalonians

The Second Epistle to the Thessalonians

The First Epistle to Timothy

The Second Epistle to Timothy

The Epistle to Titus

The Epistle to Philemon

The Epistle to the Hebrews

The General Epistle of James

The First General Epistle of Peter

The Second General Epistle of Peter

The First General Epistle of John

The Second and Third General Epistles of John

The General Epistle of Jude

The Revelation of John 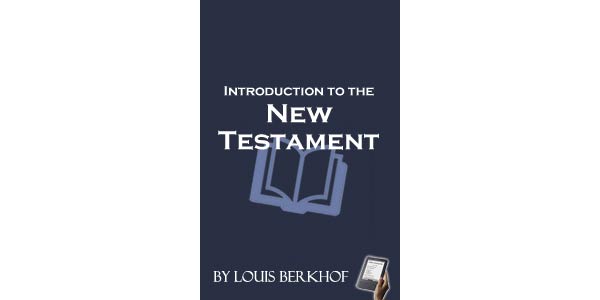 Four Ways to Teach Children How to Work
Curated Resources
What Is Spiritual Watchfulness and Why Does It Matter?
Wilhelmus a Brakel
The Reality of Human Trafficking
Rev David P Murray
The Fear of Death and God’s Grip
Jim Elliff
The Logic of Westminster's Confession
Jeffrey Stivason
What Does the Death of Cultural Christianity Cost?
Andrew Walker
Is the Old Testament Unintelligible without the New? Important Considerations on the Relationship between the Testaments
Brad Klassen
Five Suggested Guidelines for Pastors and Church Staff on Social Media
Thom S Rainer
The Most Notable Effects of the First and Second Great Awakenings
Thomas Kidd
We Seek a Better City: The Liberating Power of Christian Hope
David Mathis
Assume the Best of Others: Resilient Love in an Age of Suspicion
Greg Morse
Watson’s Wisdom on Prayer
Donald K McKim
On Masks, Vaccines, and Church Unity
Adam Parker
Martin Luther on Christian Friendship
Austin Hobbs
Michael Youssef’s Views on Woke Pastors; Biblical Liberalism All Over Again
Dr Harry L Reeder III
Explaining Biblical Inerrancy
R C Sproul
Is Critical Race Theory Leading to Catastrophe in the Church?
Voddie Baucham
Trouble of Mind and the Disease of Melancholy (YouTube Audio Book)
Timothy Rogers
A Discourse Concerning Trouble of Mind, and the Disease of Melancholy (eBook)
Timothy Rogers
How to Learn Contentment
J R Miller
Adoption: Meeting a Desperate Need
Dan Cruver
The Deity of Christ
Kim Riddlebarger
Hear Anything Lately About the Wrath of God? The Silence Is Deafening
Kim Riddlebarger
Joseph's Faith in the Face of Death
Kim Riddlebarger
God will not Forsake His Saints
Mike Ratliff
Why I Left The Mormon Church
Curated Resources
Think Small for Big Improvements in Preaching
Jonathan T Pennington
It is finished - John 19:30
Thomas Manton
That Dreadful Cup and Our Faithful Savior
Erik Raymond
Why Have You Forsaken Me?
Charles Wingard
Why Did Jesus Pray 'Let This Cup Pass from Me'?
Dave Jenkins
The Cup of Salvation
James Grant
Jesus in Gethsemane
Dr Knox Chamblin
The Other Cup
Ray Dillard
A Cup of Wrath Poured Out
Kevin DeYoung
The cup which my Father hath given me, shall I not drink it?
Thomas Manton
On the Affections of God
Curated Resources
Truth We Confess: Confessional Integrity and the PCA
David Strain
Christ’s Church
Dr Harry L Reeder III
Amillennial.org
Curated Resources
The Error of Dispensationalism (YouTube)
119 Ministries
Four Ways to Read the Book of Revelation (YouTube)
R C Sproul
A Robbery Committed, And Restitution Made, Both To God And Man
Ebenezer Erskine
The Noetic Effects of Sin
Barry Cooper
Perseverance
Barry Cooper
The Absolute Sovereignty of God Over All
Ray Heiple
The Westminster Confession and Good and Necessary Consequence
Stephen Unthank
Platforms, Polemics, and Pastoral Ministry
Nicholas T Batzig
Fellowship With God (eBook)
Hugh Binning
Pitiful Pride
Carl Trueman