The Incomparableness of God (eBook) 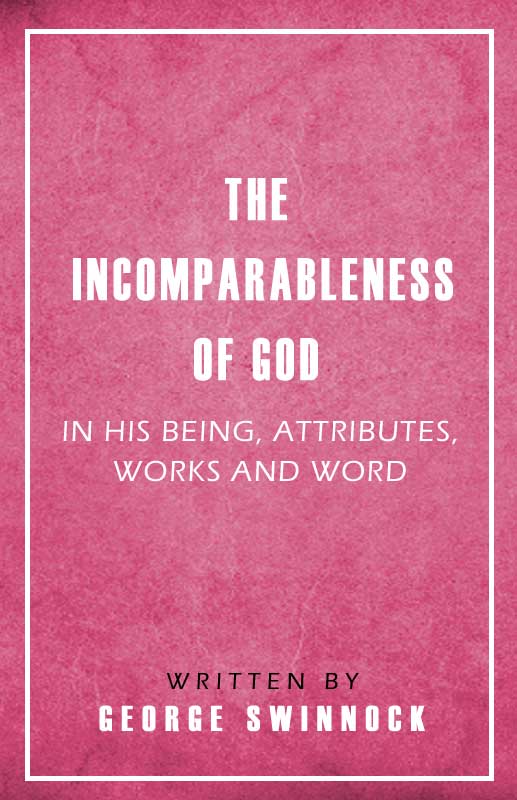 The Incomparableness of God: In His Being, Attributes, Works and Word

No one in heaven or earth is like God. God is incomparable. It is certain, that our happiness in the other world will consist in part in our perfect knowledge of the blessed and boundless God: when we shall 'know him as we are known of him,' we shall be blessed as he is blessed; and when 'we shall see him as he is, we shall be like him' in purity and felicity; we shall be fully satisfied with his likeness and his love. Rich must be the delight which the most large and noble faculty of man, his understanding, shall receive, in its intimate acquaintance with, and clear and full apprehension of, the highest truth. And it is as certain, that our holiness in this world doth not a little depend upon our knowledge of him, whose 'name alone is excellent.' None wander from him, prefer the flesh and world before him, and in their whole lives walk contrary to him, but from their ignorance of him. 'They are estranged from the life of God, (i.e., a spiritual heavenly conversation,) through the ignorance that is in them, because of the blindness of their hearts,' Eph. 4:18. Dark corners of a house are filled with dust, dark cellars with vermin, and dark hearts with cursed lusts: none are enlarged in desires after God, or ravished with delight in God, or can cast their souls and all their concerns on God, but those that are acquainted with him. They who know his beauty and bounty, cannot but love him, and they who know his power and faithfulness, cannot but trust him; 'They who know thy name will put their trust in thee,' Ps. 9:10. Whence comes it to pass, that believers can trample on the riches and treasures, and wealth of this beggarly world, that they can lay their white and yellow earth, their silver and gold, at the apostles' feet, that they can suffer the spoiling of their goods, not only patiently, but joyfully, Heb. 10:34, but from the knowledge of him who is true riches, Luke 16:11; substance, Prov. 8:21; an enduring substance, Job 10:3–4; a bottomless mine of unsearchable riches, Eph. 3:8? Whence is it, that they can refuse to be called the sons of king's daughters, that they can contemn honours and preferments, spurn crowns and sceptres under their feet, but from the knowledge of him who is their crown of glory, their diadem of renown, and the praise of all his saints, Heb. 11:24, 25? That which to the sensual worldling is so glorious, hath no glory in the believer's eye, by reason of the Lord of glory, who doth so infinitely excel. Whence is it, that they can hate father, mother, wife, child, liberty, yea, life itself, and leave all at the call and command of their Maker, but from the knowledge of him who is, as Elkanah said to Hannah, better to them than ten sons, than all relations, than the whole creation? Those stars vanish and disappear, when once the Sun of righteousness ariseth: how quickly, how quietly, without any hesitancy or reluctancy, will Abraham leave his country, and kindred, and father's house, when once 'the God of glory appeareth to him,' Acts 9:2–4. In a word, whence is it that 'they escape the pollutions of the world,' in which others are mired, drowned, and destroyed, 'but through the knowledge of God,' 2 Pet. 2:20? Well may our Lord Jesus say, 'It is life eternal, to know thee the only true God, and Jesus Christ whom thou hast sent.' To know God affectionately, as our chiefest good, so as to give him our superlative esteem, and intensest love, is spiritual life here, in the habit or principle, as also in the act and exercise of it; and it is the beginning, seed, preparation, and way of our eternal life hereafter. But who can know that being which infinitely passeth all knowledge? He that would know God fully, must be God himself; and he who would tell you what God is, in any measure answerable to his excellency, had need 'to know him as he is known of him.' And supposing I were able to speak of the perfection of God, as one that, like the great apostle, had been caught up 'into the third heavens:' I question whether, if I had a tongue to speak of him after that manner, ye had ears to hear of him, or hearts to understand what I should speak. But though I am not able to speak, nor you to hear of God, according to his perfection, yet through the assistance of the Holy Ghost so much may be spoken and heard of him, as may tend to our present sanctification and future salvation. Though we cannot 'see him as he is,' yet we may see him as he is not; though the height of his being be above the reach of our understandings, we may get somewhat nearer to him, and indeed we have no other way while we are here, than by climbing upon the shoulders of all created excellencies, and there proclaiming, 'That none in the heavens is to be compared to the Lord, that none among the sons of the mighty is like unto the Lord.' 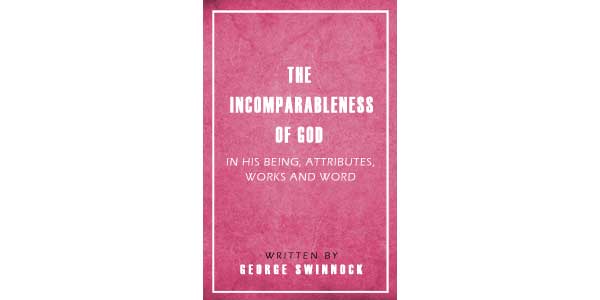