The Heart of Christ in Heaven Towards Sinners on Earth (eBook) 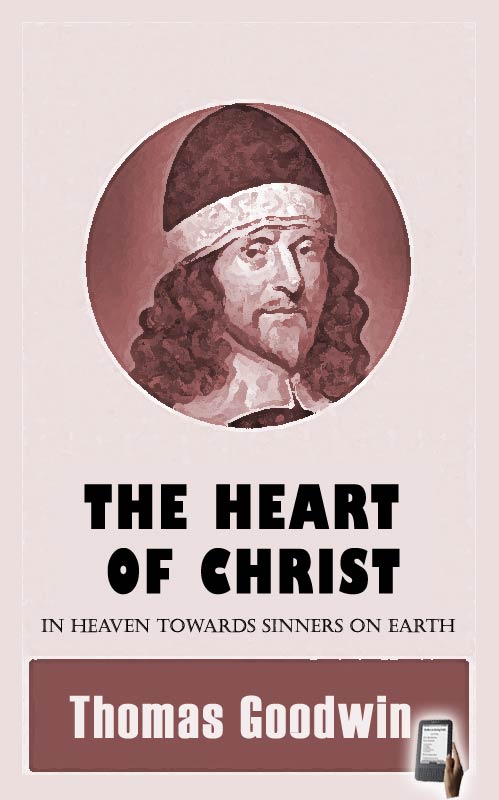 "Though Christ is now in glory, do not let that discourage you, for he has the heart of a husband towards you, being betrothed to you forever in faithfulness and in loving-kindness. …Take this as one incentive to obedience: that if he retained the same heart of mercy towards you which he had here on earth, then to answer his love, endeavor to have the same heart towards him on earth which you hope to have in heaven."

Having set forth our Lord and Saviour Jesus Christ in all those great and most solemn actions of his—his obedience unto death, his resurrection, ascension into heaven, his sitting at God's right hand, and intercession for us, which of all the other has been more largely insisted on—I shall now annex (as next in order, and homogeneal thereunto) this discourse that follows, which lays open the heart of Christ, as now he is in heaven, sitting at God's right hand and interceding for us; how it is affected and graciously disposed towards sinners on earth that do come to him; how willing to receive them; how ready to entertain them; how tender to pity them in all their infirmities, both sins and miseries. The scope and use whereof will be this, to hearten and encourage believers to come more boldly unto the throne of grace, unto such a Saviour and High Priest, when they shall know how sweetly and tenderly his heart, though he is now in his glory, is inclined towards them; and so to remove that great stone of stumbling which we meet with (and yet lies unseen) in the thoughts of men in the way to faith, that Christ being now absent, and further exalted to so high and infinite a distance of glory, as to "sit at God's right hand," they therefore cannot tell how to come to treat with him about their salvation so freely, and with that hopefulness to obtain, as those poor sinners did, who were here on earth with him. Had our lot been, think they, but to have conversed with him in the days of his flesh, as Mary, and Peter, and his other disciples did here below, we could have thought to have been bold with him, and to have had anything at his hands. For they beheld him before them a man like unto themselves, and he was full of meekness and gentleness, he being then himself made sin, and sensible of all sorts of miseries; but now he is gone into a far country, and has put on glory and immortality, and how his heart may be altered thereby we know not. The drift of this discourse is therefore to ascertain poor souls, that his heart, in respect of pity and compassion, remains the same it was on earth; that he intercedes there with the same heart he did here below; and that he is as meek, as gentle, as easy to be entreated, as tender in his bowels; so that they may deal with him as fairly about the great matter of their salvation, and as hopefully, and upon as easy terms to obtain it of him, as they might if they had been on earth with him, and be as familiar with him in all their needs—than which nothing can be more for the comfort and encouragement of those who have given over all other lives but that of faith, and whose souls pursue after strong and entire communion with their Saviour Christ.

Demonstrations from Christ's Last Farewell to His Disciples

Demonstrations from Passages and Expressions after His Resurrection

Demonstrations from Passages at and after His Ascension into Heaven.

Part II: The Evil of Afflictions and the Evil of Sin

A Second Sort of Demonstration of Christ's Heart Toward Sinners

Christ's heart is touched with the feeling, of our infirmities