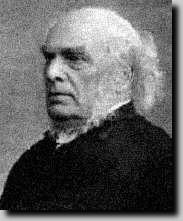 “Vain man would be wise, though he be born like a wild ass’s colt.” Accordingly, he finds fault with election, as a mere system of arbitrary partiality and favoritism; and tells us that if there be such a thing as total helplessness in man, and sovereign election in God, then man is not to blame if he be lost. Man’s entire apostasy and death in sin, so that he cannot save himself, and God’s entire supremacy, so that He saves whom He will, are doctrines exceedingly distasteful to human pride. But they are Scriptural.

Why was one thief saved and the other lost? “Even so, Father, for so it seemed good in Thy sight.” God was not bound to save the one, and He had power enough to have saved the other, and neither could save himself. What made the difference? The sovereign grace of God.

Why was it that Judea was made a land of light and Egypt remained a region of darkness? Who made the difference? Man or God? Was God unjust in leaving Egypt it the shadow of death when He made light to arise on Israel? What had Israel done to deserve a privilege like this?

Why is it that Britain is a land of light and Africa a land of darkness? Who made the difference? Who sent the gospel to Britain and withheld it from Africa? Is God unjust in leaving the mighty continent in the hands of Satan, and in delivering from his yoke this small island of the sea?

None have deserved salvation. No man is more fit for it than another. God was not bound to save any. God might have saved all. Yet He has only saved some. Is He, then unjust in only saving some when He could have saved all? Objectors say, Oh, those who are lost, are lost because they rejected Christ. But did not all reject Him at first’ What made the unbelief of some give way? Was it because they willed it, or because God put forth His power in them? Surely the latter. Might He not, then, have put forth His power in all, and prevented any from rejecting the Saviour? Yet He did not Why? Because so it seemed good in His sight.

One of the controversies of the present day is respecting the will of God— as to whether His will or man’s is the regulating power in the universe, and the procuring cause of salvation to souls. The supremacy of God’s will over individual persons and events is questioned. Things are made to turn on man’s will, not on God’s. Conversion is made to turn on man’s will, not on God’s. Man’s will, not God’s, is to decide what individuals are to enter heaven. Man’s pen, and not God’s, is to write the names of the saved ones in the Lamb’s Book of Life! Much zeal is shown for the freedom of man will, little jealousy seems to be left for the freedom of God’s will. Men insist that it is unjust and tyrannical in God to control their wills, yet see nothing unjust, nothing proud, nothing Satanic in attempting to fetter and direct the will of God. Man, it seems, cannot have his own foolish will gratified, unless the all-wise God will consent to relinquish His!

Such are some of the steps in the march of Atheism. Such are the preparations making in these last days by the wily usurper for dethroning the Eternal Jehovah.

Men may call these speculations. They may condemn them as unprofitable. To the law and to the testimony! Of such speculations, the Bible is full. There man is helpless worm, and salvation from first to last, is of the Lord. God’s will, and not man’s, is the law of the universe. If we are to maintain the gospel— if we are to hold fast grace if we are to preserve Jehovah’s honour—we must grasp these truths with no feeble hand. For if there be no such a Being as a Supreme predetermining Jehovah, then the universe will soon be chaos; and if there be no such thing as free electing love every minister of Christ may close his lips, and every sinner upon earth sit down in mute despair.