The Grace and Duty of Being Spiritually Minded (eBook) 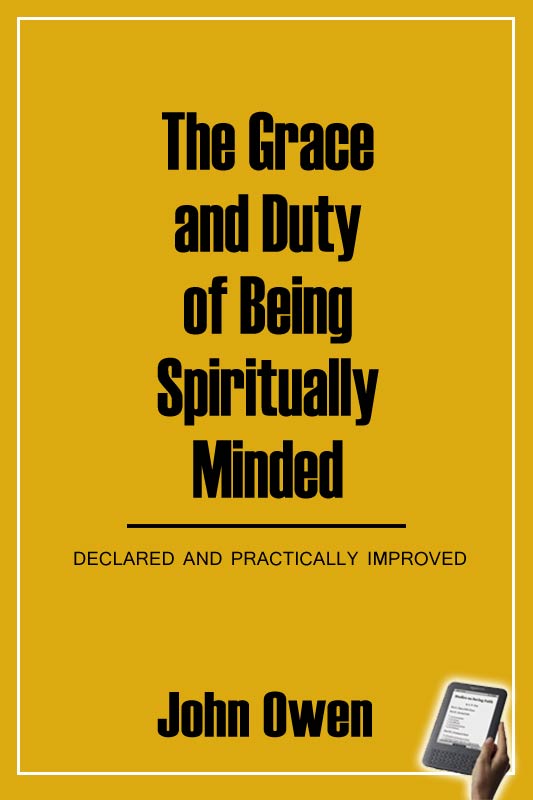 Owen is an instance that attention to the outward order of the sanctuary, and zeal for the general rights of those who worship in it, are not incompatible with the cultivation of personal holiness and spirituality. In the year 1681, when he had published a tract in defense of the Nonconformists, and his laborious "Inquiry into Evangelical Churches," the following treatise, so rich in the spiritual experience of a renewed heart, was given to the world. During a season of indisposition so great that he had been led to anticipate the close of his earthly labors, he had composed some meditations for his own use; on his recovery he preached the substance of them to his congregation; and they were afterwards published in the shape of this treatise. There is scarcely one of the more important works of Owen, but some authority might be quoted as signifying a preference for it as the best of his productions; this treatise, however, would perhaps command the greatest number of suffrages in its favor. It evinces the same sharp discrimination of human motives and character, but to elevate believers above earthly objects and console them amid present trials seem to be its prevailing design; and it contains some passages which, in solemn tenderness and beauty, are not surpassed in all the writings of our author, who is here not so much a Boanerges set for the defense of the gospel, as a Barnabas intent on the consolation of the saints.

"The following treatise of Dr Owen," says Dr Chalmers, "holds a distinguished rank among the voluminous writings of this celebrated author; and it is characterized by a forcible application of truth to the conscience, by a depth of experimental feeling, an accuracy of spiritual discernment into the intricacies and operations of the human mind, and a skill in exploring the secrecies of the heart, and the varieties of affection, and the ever-shifting phases of character, which render this admirable treatise not less a test than a valuable guide to the honest inquirer, in his scrutiny into the real state of his heart and affections." 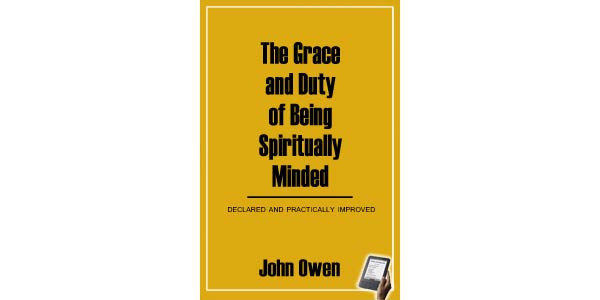 After an explanation of Romans 8:6, the duty of being spiritually minded is described as including —

The treatise is divided into two parts: —

PART I. As to the character of those thoughts which are the evidence of spiritual mindedness, —

1. They are natural, in the sense of arising from ourselves, and as distinguished from thoughts suggested to the mind by
(1.) impressions constraining it to acts opposed to its habitual procedure, and
(2.) outward occasions; such as
[1.] the preaching of the Word,
[2.] prayer, and
[3.] the discourses and remarks of other men

2. They abound us, filling and engrossing our minds, II.-IV.

An inquiry follows into the objects of spiritual thoughts; which are, —

1. The dispensations of Providence;
2. Special trials and temptations; and
3. Heavenly and eternal realities. In regard to the latter, —

(1.) The motives inducing us to fix our thoughts on them are mentioned; faith is thereby increased, hope is exercised, preparation is made for the cross, and the mind weaned from the world. And
(2.) Directions for this spiritual exercise are supplied; — the mind must be occupied with right notions of these objects, directed to them with intensity, and led to compare the blessedness of an interest in them with the opposite state of eternal death and misery, V.,VI. The especial objects of ritual contemplation are, —

1. The person of Christ; and,
2. God himself, who must in our thoughts, in opposition to atheism, practical infidelity, various inferior degrees and ways of forgetting God, and the indulgence of secret lusts. The thoughts which are characteristic of spiritual affections are delineated, VII., VIII. In our consideration of God, we must think of, —

(1.) His being;
(2.) His omnipresence and omniscience; and,
(3.) His omnipotence, IX. Various counsels are tendered to such as cannot fix their thoughts with steadiness on spiritual and heavenly objects, X.

PART II. The two divisions of the proposed method respecting the inclination of the mind to spiritual thoughts and complacency in them are considered together; a preliminary account is given of the various ways by which God weans our affections from the world, XÌ. In order that our affections may be spiritual, it is shown, —

I. that in principle they must be renewed by grace: which renovation is proved, —

1. By the universality of the gracious change produced;
2. The delight experienced in sacred duties;
3. The assimilating influence exerted on the mind by spiritual objects; and,
4. By the circumstance that, if our affections are renewed, the person of Christ is the center of them, XII.-XVIII.

II. Spiritual mindedness in our affections is farther seen in the object about which they are conversant, — God in Christ. The considerations endearing the object to us are, —

1. its infinite beauty;
2. the fullness of wisdom in spiritual things;
3. their value as perfective of our present condition; and,
4. as constituting in the future enjoyment of them our eternal blessedness, XIX.

III. The soul’s application to such objects must be firm, accompanied with a spiritual relish for them, must afford a continual spring of spiritual affections, must be prevailing and victorious, and afford help in subduing the remaining vanity to which the heart may be addicted, XX. After this copious exposition of the nature of spiritual mindedneas, the blessings accruing from it are briefly unfolded, — "life and peace," XXI. — ED.