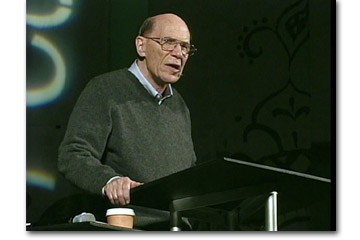 “Are there any among the vanities of the Gentiles that can cause rain? or can the heavens give showers? art not thou he, O LORD our God? therefore we will wait upon thee: for thou hast made all these things”—Jeremiah 14:22.

In September 1985, an earthquake struck Mexico City killing some 6,000 people and leaving more than 100,000 homeless. A friend of mine wanted to use the event to teach his young children a simple science lesson, so he asked them, “Do you know what caused the earthquake?” He planned to answer his question with a simple explanation of fault lines and shifting rocks in the earth’s crust.

His seismology lesson quickly turned into a theological discussion, however, when his eight-year-old daughter replied, “I know why. God was judging those people.” Though my friend’s child had jumped to an unwarranted conclusion about God’s judgment, she was theologically correct in one sense. God was in control of that earthquake. Why He allowed it to happen is a question we cannot answer (and should not try to), but we can say, on the testimony of Scripture, that God did indeed allow it or cause it to happen.

All of us are affected by the weather and the forces of nature at various times to one degree or another. Most of the time we are merely inconvenienced by weather—a delayed airplane flight, a cancelled Fourth of July picnic, or something else on that order. Frequently some people somewhere are drastically affected by the weather or the more violent forces of nature. A prolonged drought withers the farmer’s crop, or a hailstorm destroys it within an hour. A tornado in Texas leaves hundreds homeless, and a typhoon in Bangladesh destroys thousands of acres of crops.

Whenever we are affected by the weather—whether it is merely an inconvenience or a major disaster—we tend to regard it as nothing more than the impersonal expression of certain fixed meteorological or geological laws. A low pressure system settles over my hometown, bringing a huge snowstorm and closing our airport the day I am to leave for a ministry engagement. Forces within the earth continually bend its crust until one day it snaps, causing a major earthquake. Whether it is trivial or traumatic, we tend to think of the expressions of nature as “just happening” and ourselves as the “unlucky” victims of whatever nature brings forth. In practice, even Christians tend to live and think like the deists…who conceived of God as the One Who created the universe and then walked away to leave it running according to its own natural laws.

But God has not walked away from the day-to-day control of His creation. Certainly, He has established physical laws by which He governs the forces of nature, but those laws continuously operate according to His sovereign will. A Christian TV meteorologist has determined that there are over 1,400 references to weather terminology in the Bible. Many of these references attribute the outworking of weather directly to the hand of God. Most of these passages speak of God’s control over all weather, not just His divine intervention on specific occasions.

Consider the following Scriptures: “He directeth it under the whole heaven, and his lightning unto the ends of the earth...For he saith to the snow, Be thou on the earth; likewise to the small rain, and to the great rain of his strength...By the breath of God frost is given: and the breadth of the waters is straitened. Also by watering he wearieth the thick cloud: he scattereth his bright cloud:  And it is turned round about by his counsels: that they may do whatsoever he commandeth them upon the face of the world in the earth. He causeth it to come, whether for correction, or for his land, or for mercy” (Job 37:3, 6, 10-13).

“Who covereth the heaven with clouds, who prepareth rain for the earth, who maketh grass to grow upon the mountains…He giveth snow like wool: he scattereth the hoarfrost like ashes. He casteth forth his ice like morsels: who can stand before his cold? He sendeth out his word, and melteth them: he causeth his wind to blow, and the waters flow” (Psa 147:8, 16-18).

“When he uttereth his voice, there is a multitude of waters in the heavens, and he causeth the vapours to ascend from the ends of the earth; he maketh lightnings with rain, and bringeth forth the wind out of his treasures” (Jer 10:13).

“And also I have withholden the rain from you, when there were yet three months to the harvest: and I caused it to rain upon one city, and caused it not to rain upon another city: one piece was rained upon, and the piece whereupon it rained not withered” (Amo 4:7).

Note how all these Scriptures attribute all expressions of weather—good or bad—to the direct controlling hand of God.

The insurance companies refer to major natural disasters as “acts of God.” The truth is, all expressions of nature, all occurrences of weather, whether it be a devastating tornado or a gentle rain on a spring day, are acts of God. The Bible teaches that God controls all the forces of nature, both destructive and productive, on a continuous, moment-by-moment basis.

Whether the weather is nice or bad, we are never the victims or even the beneficiaries of the impersonal powers of nature. God, who is the loving heavenly Father of every true Christian, is sovereign over the weather, and He exercises that sovereignty moment by moment.

Not only do we sin against God when we complain about the weather, we also deprive ourselves of the peace that comes from recognizing our heavenly Father is in control of it. Alexander Carson said, “Scripture represent[s] all physical laws as having their effect from the immediate agency of Almighty Power. . . .Christians themselves, though they recog-nize the doctrine [of divine providence], are prone to overlook it in practice, and consequently to be deprived, in a great measure, of that advantage which a constant and deep impression of this truth is calculated to give.”Whether the weather merely disrupts my plans or destroys my home, I need to learn to see God’s sovereign and loving hand controlling it.

The fact is, for most of us, the weather and the effects of nature are usually favorable. The tornado, the drought, even the snowstorm that delays our flight are the exception, not the rule. We tend to remember the “bad” weather and take for granted the good. However, when Jesus spoke about the weather, He spoke about the goodness of God: “That ye may be the children of your Father which is in heaven: for he maketh his sun to rise on the evil and on the good, and sendeth rain on the just and on the unjust” (Mat 5:45).

Though God sometimes uses the weather, and other expressions of nature, as an instrument of judgment (see Amos 4:7-9), He most often uses it as an expression of His gracious provision for His creation. Both saint and sinner alike benefit from God’s gracious provision of weather. And, according to Jesus, this provision is not merely the result of certain fixed, inexorable physical laws. God controls those laws. He causes His sun to rise, He sends the rain…

We as Christians need to stop complaining about the weather, and instead learn to give thanks for it. God, our heavenly Father, sends us each day what He deems best for all of His creation.

What about the natural disasters that occur frequently in various parts of the world? Many sensitive Christians struggle over the multitude of large-scale natural disasters around the world—an earthquake in one place, famine in another, typhoons and floods somewhere else. Thousands of people are killed, others slowly starve to death. Entire regions are devastated, crops are ruined, homes destroyed. “Why does God allow all this?” we may ask. “Why does God permit all those innocent children to starve?”

It is not wrong to wrestle with these issues, as long as we do it in a reverent and submissive attitude toward God. Indeed, to fail to wrestle with the issue of large-scale tragedy may indicate a lack of compassion toward others on our part. However, we must be careful not to, in our minds, take God off His throne of absolute sovereignty or put Him in the dock and bring Him to the bar of our judgment.

While working on this chapter, I watched the evening news on television one night. One of the top stories was about several powerful tornados that swept across central Mississippi killing seven people, injuring at least 145 more, and leaving nearly 500 families homeless. As I watched the scenes of people sifting through the rubble of what had been their homes, my heart went out to them. I thought to myself, “Some of those people are undoubtedly believers. What would I say to them about God’s sovereignty over nature? Do I really believe it myself at a time such as this?...Why bring God into chaos and suffering such as this?”

But God brings Himself into these events. He said in Isaiah 45:7, “I form the light, and create darkness: I make peace, and create evil: I the LORD do all these things.” God Himself accepts the responsibility, so to speak, of disasters. He actually does more than accept the responsibility; He actually claims it. In effect, God says, “I, and I alone, have the power and authority to bring about both prosperity and disaster, both weal and woe, both good and bad.”

This is a difficult truth to accept as you watch people sift through the rubble of their homes or—more to the point—if you are the one sifting through the rubble of your home. But as the late Dr. Edward J. Young commented on Isaiah 45:7, “We gain nothing by seeking to minimize the force of the present verse.”We must allow the Bible to say what it says, not what we think it ought to say.

We obviously do not understand why God creates disaster, or why He brings it to one town and not to another. We recognize, too, that just as God sends His sun and rain on both the righteous and the unrighteous, so He also sends the tornado, or the hurricane, or the earthquake on both...God’s sovereignty over nature does not mean that Christians never encounter the tragedies of natural disasters. Experience and observation clearly teach otherwise.

God’s sovereignty over nature does mean that, whatever we experience at the hand of the weather or other forces of nature (such as plant diseases or insect infestation of our crops), all circumstances are under the watchful eye and sovereign control of our God.