Of God and His Perfections (eBook) 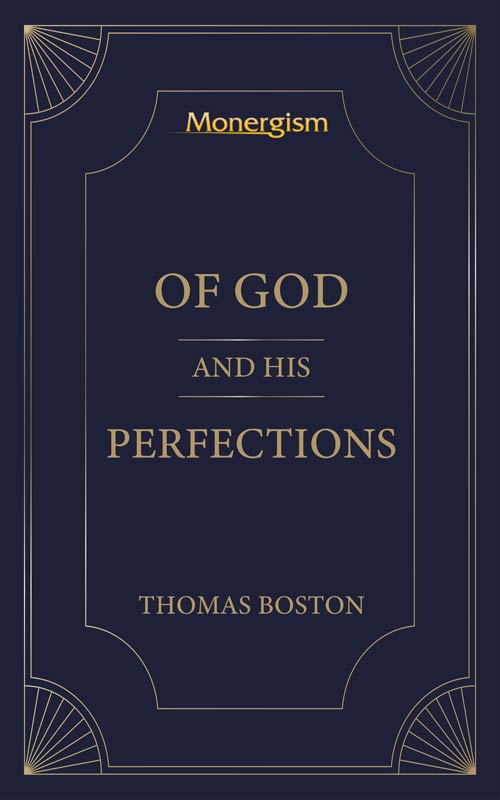 That we may know what sort of a spirit God is, we must consider his attributes, which we gather from his word and works, and that two ways: 1. By denying of, and removing from God, in our minds, all imperfection which is in the creatures, Acts 17:29. And thus we come to the knowledge of his incommunicable attributes, so called because there is no shadow or vestige of them in the creatures, such as infinity, eternity, unchangeableness. 2. By attributing unto him, by way of eminency, whatever is excellent in the creatures, seeing he is the fountain of all perfection in them, Psal. 94:9. And thus we have his communicable attributes, whereof there are some vestiges and small scantlings in the creature, as being, wisdom, power, &c. amongst which his spirituality is to be reckoned.

Now, both these sorts of attributes in God are not qualities in him distinct from himself, but they are God himself. God's infinity is God himself, his wisdom is himself; he is wisdom, goodness, 1 John 1:5. Neither are these attributes so many different things in God; but they are each of them God himself: for God swears by himself, Heb. 6:13.; yet he swears by his holiness, Amos 4:2. He creates by himself, Isa. 44:24.; yet he creates by his power, Rom. 1:20. Therefore God's attributes are God himself. Neither are these attributes separable from one another; for though we, through weakness, must think and speak of them separately, yet they are truly but the one infinite perfection of the divine nature, which cannot be separated therefrom, without denying that he is an infinitely perfect being.

We have said that God is a spirit; but angels and the souls of men are spirits too. What then is the difference between them? Why, God is an infinite, eternal, and unchangeable spirit; but angels and souls are but finite, were not from eternity, and are changeable spirits. Now, these three, infinity, eternity, and immutability, are God's incommunicable attributes, which we are next to explain.

OF GOD AND HIS PERFECTIONS

OF THE UNITY OF GOD

OF THE HOLY TRINITY

OF THE DECREES OF GOD

OF THE WORK OF CREATION

OF THE CREATION OF MAN

OF THE PROVIDENCE OF GOD

THE WISE OBSERVATION OF PROVIDENCES, ILLUSTRATED AND ENFORCED