On Glorifying God in His Attributes (eBook) 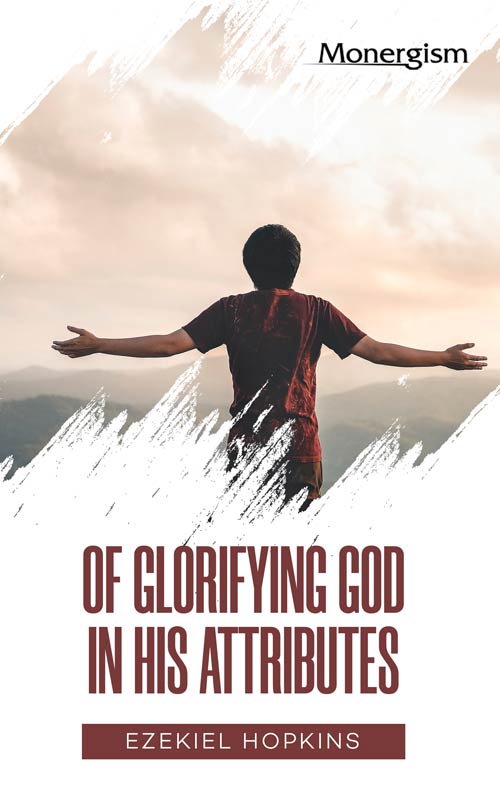 WITHOUT any more curious division, we may take notice of Three parts in these words.

The Doctrine is, Ye are not your own.

The Reason of it, For ye are bought with a price.

The Use, which is strongly inferred from both these, and is indeed the most natural and genuine result of the doctrine of our redemption purchased by Christ, Therefore glorify God in your body, and in your spirit, which are God's.

It is this last, which I principally intend to insist on; as that, unto which both the former parts refer, and in which they centre. Yet I shall not altogether wave the former branches; but more briefly represent what they administer to us, either of instruction or direction.

I. To begin with the PROPOSITION, Ye are not your own.

i. And, here, TWO THINGS must fall under our disquisition:

What this phrase implies, and

What significancy it carries in itself; and what obligation it lays upon us.

Ezekiel Hopkins ws born in Devonshire, England, in 1633. His father, also a minster of the gospel, gave his young son a personal education in the things of God. He entered Oxford at the age of 16, and received his Bachelor's and Master's degrees there, the latter in June, 1656. In 1660, he went to London and became assistant to Dr. William Spurstow, minister of Hackney, near the city.

In 16632, when the Act of Uniformity was passed, Dr. Spurstow resigned rather than conform, which left Hopkins without a call. Several groups sought him to be their pastor, but details of the next five years are sketchy at best. But he was widely regarded as a good preacher. Men of opposite views and principles with regard to political and ecclesiastical government listened with delight to his instructive and eloquent declaration of the whole counsel of God. In 1681, Hopkins was transferred to Londonderry in Ireland, but returned to London in 1688 when the Roman Catholic army increased and political unrest in Ireland intensified. But within 9 months of returning to London, he passed into the presence of the Lord.

The PROPOSITION, Ye are not your own

II. The next thing to be considered is the REASON: For ye are bought with a price.

III. The Doctrine, and the Reason of it.