Freedom of the Will (eBook) 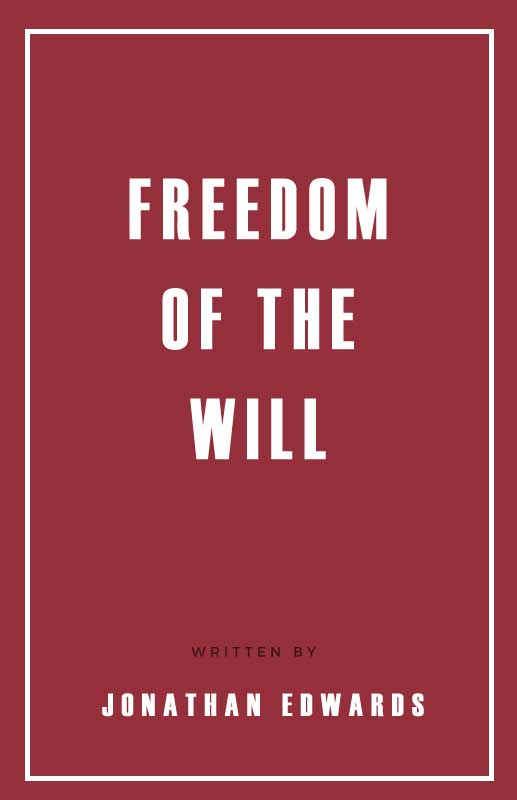 Considered by many to be the greatest book by enormously influential American preacher and theologian JONATHAN EDWARDS (1703 1758), this provocative 1754 work explores the necessity of God s grace for the redeeming of the damaged will of humanity and argues that free will is an extension of and connected to the grace of God. What is the nature of morality? Can God be evil? What constitutes sin? How does God s foreknowledge of all events impact concepts of morality? How does intent inform our acts of vice and virtue?

Still controversial and hotly debated in the 21st century, this demanding evangelistic work some call it the best argument for the sovereignty of God is among the essential reading of the thinker whose philosophies inspired the 18th-century religious of the Great Awakening, which continues to hugely influence American Protestantism to this day.

Freedom of the Will will enthrall and challenge serious readers of the Bible as well as students of theology's impact on American history.

If you want to read an accessible summary of Edwards' argument we recommend “The Will: Fettered but Free,” by Sam Storms. This chapter originally appeared in A God-entranced Vision of All Things: The Legacy of Jonathan Edwards, edited John Piper and Justin Taylor (Crossway, 2004), 201-220, posted with the permission of Crossway.

Storms lays out an overview of his essay:

First, I will briefly unpack Edwards’ devastating critique of libertarianism, one that I am convinced has yet to be successfully refuted.

Second, I will reconstruct Edwards’ concept of the will. Although some have found it to be intolerably complex, it is actually quite simple and forthright once one grasps the meaning of several important terms he employs.

Third, and finally, I want to address the most problematic element in Edwards’ theology of the will, the fall of Adam and the entrance of evil into the human race.

For those who want help in tracing Edwards' full argument, Daniel P. Fuller has written section-by-section digest of Freedom of the Will. 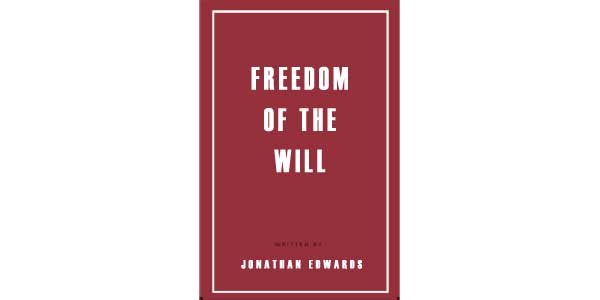 Concerning the Nature of the Will

Concerning the determination of the Will

Concerning the meaning of the terms, Necessity, Impossibility, Inability, & and of Contingence

Of the distinction of natural and moral Necessity, and Inability

Concerning the notion of Liberty, and of moral Agency

WHEREIN IT IS CONSIDERED WHETHER THERE IS OR CAN BE ANY SORT OF FREEDOM OF WILL, AS THAT WHEREIN ARMINIANS PLACE THE ESSENCE OF THE LIBERTY OF ALL MORAL AGENTS; AND WHETHER ANY SUCH THING EVER WAS OR CAN BE CONCEIVED OF

Showing the manifest inconsistence of the Arminian notion of Liberty of Will, consisting in the Will's self-determining Power

Whether any event whatsoever, and Volition in particular, can come to pass without a Cause of its existence

Whether Volition can arise without a Cause, through the activity of the nature of the soul

Showing, that if the things asserted in these Evasions should be supposed to be true, they are altogether impertinent, and cannot help the cause ofArminian Liberty; and how, this being the state of the case, Arminian writers are obliged to talk inconsistently

Concerning the Notion of Liberty of Will, consisting in Indifference

Concerning the supposed Liberty of the will, as opposite to all Necessity

Volition necessarily connected with the influence of Motives: with particular observations on the great inconsistence of Mr. Chubb's assertions and reasonings about the Freedomof the Will

God's certain foreknowledge of the future volitions of moral agents, inconsistent with such a contingence of those volitions as is without all necessity

Whether we suppose the volitions of moral Agents to be connected with any thing antecedent, or not, yet they must be necessary in such a sense as to overthrow Arminian liberty

WHEREIN IT IS CONSIDERED WHETHER THERE IS OR CAN BE ANY SORT OF FREEDOM OF WILL, AS THAT WHEREIN ARMINIANS PLACE THE ESSENCE OF THE LIBERTY OF ALL MORAL AGENTS; AND WHETHER ANY SUCH THING EVER WAS OR CAN BE CONCEIVED OF

The Acts of the Will of the human soul of Jesus Christ, necessarily holy, yet truly virtuous, praise-worthy, rewardable

The case of such as are given up of God to sin, and of fallen man in general, proves moral Necessity and Inability to be consistent with Blameworthiness

Command and Obligation to Obedience, consistent with moral Inability to obey

That Sincerity of Desires and Endeavours, which is supposed to excuse in the non-performance of things in themselves good, particularly considered

Liberty of indifference, not only not necessary to Virtue, but utterly inconsistent with it; and all, either virtuous or vicious habits or inclinations, inconsistent with Arminian notions of Liberty and moral Agency

Arminian notions of moral Agency inconsistent with all Influence of Motive and Inducement, in either virtuous or vicious actions

WHEREIN THE CHIEF GROUNDS OF THE REASONINGS OF ARMINIANS, IN SUPPORT AND DEFENCE OF THE FOREMENTIONED NOTIONS OF LIBERTY, MORAL AGENCY, &c. AND AGAINST THE OPPOSITE DOCTRINE, ARE CONSIDERED

The essence of the virtue and vice of dispositions of the heart, and acts of the will, lies not in their cause, but their nature

The Falseness and Inconsistence of that Metaphysical Notion of Action and Agency Which Seems to be Generally Entertained by the Defenders of the Arminian Doctrine concerning Liberty, Moral Agency

The Reasons Why Some Think It Contrary To Common Sense, To Suppose Those Things Which Are Necessary, To Be Worthy of Either Praise Or Blame

It Is Agreeable To Common sense, And The Natural Notions of Mankind, To Suppose Moral Necessity To Be Consistent With Praise And Blame, Reward And Punishment

Concerning Those Objections, That This Scheme Of Necessity Renders All Means and Endeavours For The Avoiding Of Sin, Or The Obtaining Virtue And Holiness, Vain And To No Purpose; And That It makes Men No More Than Mere Machines In Affairs Of Morality And Religion

Concerning That Objection Against The Doctrine Which Has Been Maintained, That It Agrees With The Stoical Doctrine O Faith, And The Opinions of Mr. Hobbes

Concerning The Necessity Of The Divine Will