The Forgiveness of Sin: A Practical Exposition Upon Psalm 130 (eBook) 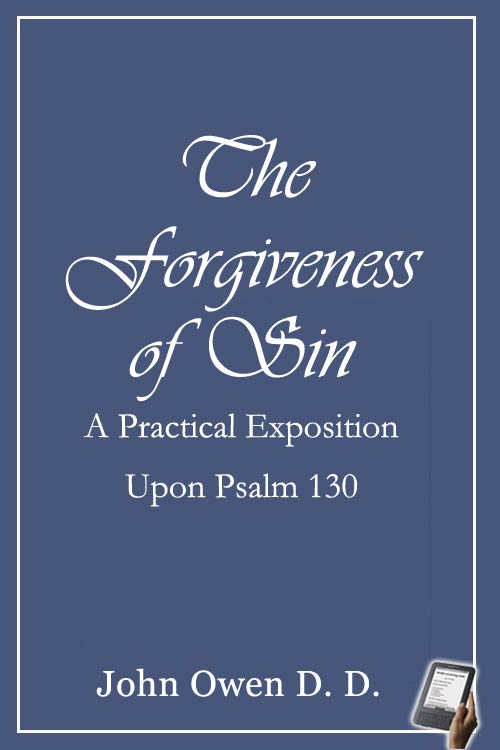 HT: Thanks to Lionel Dyck for his help with creating the docx format

THE circumstances in which this Exposition of Psalm 130 originated are peculiarly interesting. Dr Owen himself, in a statement made to Mr Richard Davis, who ultimately became pastor of a church in Rowel, Northamptonshire, explains the occasion which led him to a very careful examination of the fourth verse in the psalm. Mr Davis, being under religious impressions, had sought a conference with Owen. In the course of the conversation, Dr Owen put the question, "Young man, pray in what manner do you think to go to God?" "Through the Mediator, sir," answered Mr Davis. "That is easily said," replied the Doctor, "but I assure you it is another thing to go to God through the Mediator than many who make use of the expression are aware of. I myself preached Christ," he continued, "some years, when I had but very little, if any, experimental acquaintance with access to God through Christ; until the Lord was pleased to visit me with sore affliction, whereby I was brought to the mouth of the grave, and under which my soul was oppressed with horror and darkness; but God graciously relieved my spirit by a powerful application of Psalm 130:4, But there is forgiveness with thee, that thou mayest be feared;' from whence I received special instruction, peace, and comfort, in drawing near to God through the Mediator, and preached thereupon immediately after my recovery." The incident to which he refers had occurred at an early period in his public life; and it is probable this Exposition is the substance of the discourses which he preached on his recovery from affliction, under the influence of enlivened faith in the mediation of Christ. We cannot wonder that the particular verse which had proved to Owen a spring of refreshment in a weary place, should receive prominent and prolonged consideration in this work. The exposition of it constitutes nearly three-fourths of the whole treatise. These facts, moreover, account for its prevailing character. It is hardly a specimen of pure commentary, so much as a series of discourses, with the verses of the psalm, and more especially the fourth verse, as the texts selected. The charge of prolixity and diffuseness, urged against this work, applies only if it be tried by the rules according to which we estimate the merits of a commentary. There are, for example, thirteen separate facts and arguments, illustrative of the great doctrine that there is forgiveness with God, each opening up very precious mines of thought and inquiry, but all of them out of place, at least in the length to which they extend, if viewed simply as the exposition of a verse. The reader bent on his own edification, rather than on judging of the work by the standard of a very rigid criticism, not unthankful for what of commentary proper it contains, will be happy that the author took a course leaving him free to indulge in that teeming opulence of evangelical illustration, and frequency of awakening appeals, which impart a distinctive character and peculiar interest to the work.

The original imprimatur of the volume bears date 1668; and such, according to all authorities, was the year in which it first appeared. We have seen an edition printed in 1669, and another printed in 1680. The latter must correspond with, and must have been printed from the first edition, for it contains some sentences quite obscure and incomplete, which are corrected in the edition of 1669. It is singular, also, that every modern reprint should embody the inaccuracies of the first edition.—ED. 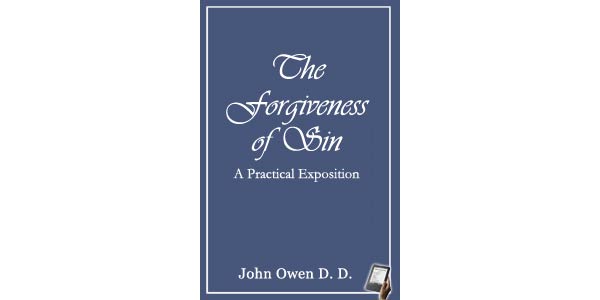 The state and condition of the soul represented in the psalm
Gracious souls may be brought into depths on the account of sin
Whence it is that believers maybe brought into depths on account of sin—Nature of the supplies of grace given in the covenant
What sins usually bring believers into great spiritual distresses—Aggravations of these sins
The duty and actings of a believer under distresses from a sense of sin—His application unto God, to God alone

The words of the verse explained, and their meaning opened
What first presents itself to a soul in distress on the account of sin—This opened in four propositions
The first particular actings of a soul towards a recovery out of the depths of sin
Grounds of miscarriages when persons are convinced of sin and humbled

The words explained, and the design or scope of the psalmist in them discovered
No encouragement for any sinner to approach unto God without a discovery of forgiveness
Greatness and rareness of the discovery of forgiveness in God
False presumptions of forgiveness discovered—Differences between them and faith evangelical
The true nature of gospel forgiveness
Forgiveness discovered or revealed only to faith—Reasons thereof
Discovery of forgiveness in God a great supportment to sin-entangled souls—Particular assurance attainable
Evidences of forgiveness in God
Discovery of forgiveness in the first promise—The evidence of the truth that lies therein—And by the institution of sacrifices
Farther evidences of forgiveness with God—Testimonies that God was well pleased with some that were sinners
Institution of religious worship an evidence of forgiveness
The giving and establishing of the new covenant another evidence of forgiveness with God
The name of God confirming the truth and reality of forgiveness with him
Forgiveness manifested in the sending of the Son of God to die for sin
Properties of forgiveness—The greatness and freedom of it
Evidences that most men do not believe forgiveness
Exhortation unto the belief of the forgiveness that is with God
Rules to be observed by them who would come to stability in obedience
RULE I.—Christ the only infallible judge of our spiritual condition
RULE II.—Self-condemnation and abhorrency for sin consistent with gospel justification and peace—The nature of gospel assurance
RULE III.—Continuance in waiting necessary unto peace and consolation
RULE IV.—Remove the hinderances of believing by a searching out of sin—Rules and directions for that duty
RULE V.—Distinction between unbelief and jealousy
RULE VI.—Distinction between faith and spiritual sense
RULE VII.—Mix not foundation and building work together
RULE VIII.—Spend not time in heartless complaints
RULE IX.—Take heed of undue expressions concerning God and his ways in distress
RULE X.—Duly improve the least appearances of God in a way of grace or pardon
RULE XI.—[Consider where lies the hinderance to peace]
Grounds of spiritual disquietments considered
State of regeneration asserted—Difference of saving and common grace
RULE I
RULE II
RULE III
RULE IV
Objections: Weakness and imperfection of duty—Opposition from indwelling sin

[The words explained]
[Doctrinal observations on them]