The Five Points of Calvinism (eBook) 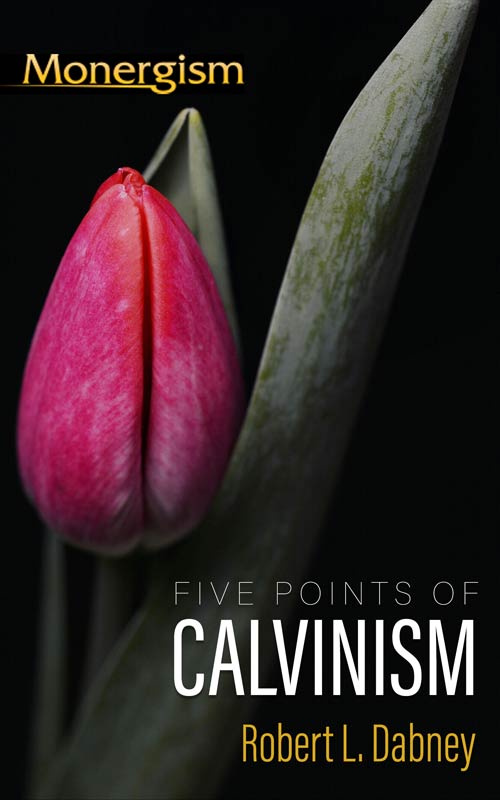 The five points of Calvinism—total depravity, unconditional election, limited atonement, irresistible grace, and the perseverance of the saints—were first defined by the Synod of Dordrecht years after Calvin’s death in response to the theological positions of Arminius. These claims were enormously influential in the construction of all Reformed confessions during the seventeenth century and thereafter. In this concise volume, Robert Lewis Dabney traces the history of Calvin’s original ideas and the fruition of those ideas in later Reformed communities. Dabney pays particular attention to the development of the five points within Presbyterian churches and orients his discussion towards those with little or no formal theological training. Dabney thoroughly explains each point with numerous Scripture references and historical anecdotes.

Historically, this title is of little accuracy or worth; I use it to denote certain points of doctrine, because custom has made it familiar. Early in the seventeenth century the Presbyterian Church of Holland, whose doctrinal confession is the same in substance with ours, was much troubled by a species of new-school minority, headed by one of its preachers and professors, James Harmensen, in Latin, Arminius (hence, ever since, Arminians). Church and state have always been united in Holland; hence the civil government took up the quarrel. Professor Harmensen (Arminius) and his party were required to appear before the State's General (what we would call Federal Congress) and say what their objections were against the doctrines of their own church, which they had freely promised in their ordination vows to teach. Arminius handed in a writing in which he named five points of doctrine concerning which he and his friends either differed or doubted. These points were virtually: Original sin, unconditional predestination, invincible grace in conversion, particular redemption, and perseverance of saints. I may add, the result was: that the Federal legislature ordered the holding of a general council of all the Presbyterian churches then in the world, to discuss anew and settle these five doctrines. This was the famous Synod of Dort, or Dordrecht, where not only Holland ministers, but delegates from the French, German, Swiss, and British churches met in 1618. The Synod adopted the rule that every doctrine should be decided by the sole authority of the word of God, leaving out all human philosophies and opinions on both sides. The result was a short set of articles which were made a part thenceforward of the Confession of Faith of the Holland Presbyterian Church. They are clear, sound, and moderate, exactly the same in substance with those of our Westminster Confession, enacted twenty-seven years afterward.

I have always considered this paper handed in by Arminius as of little worth or importance. It is neither honest nor clear. On several points it seeks cunningly to insinuate doubts or to confuse the minds of opponents by using the language of pretended orthodoxy. But as the debate went on, the differences of the Arminians disclosed themselves as being, under a pretended new name nothing in the world but the old semi- pelagianism which had been plaguing the churches for a thousand years, the cousin- german of the Socinian or Unitarian creed. Virtually it denied that the fallen Adam had brought man's heart into an entire and decisive alienation from God; it asserted that his election of grace was not sovereign, but founded in his own foresight of the faith, repentance and perseverance of such as would choose to embrace the gospel. That grace in effectual calling is not efficacious and invincible, but resistible, so that all actual conversions are the joint result of this grace and the sinner's will working abreast. That Christ died equally for the non-elect and the elect, providing an indefinite, universal atonement for all; and that true converts may, and sometimes do, fall away totally and finally from the state of grace and salvation; their perseverance therein depending not on efficacious grace, but on their own free will to continue in gospel duties.

Let any plain mind review these five changes and perversions of Bible truth, and he will see two facts: One, that the debate about them all will hinge mainly upon the first question, whether man's original sin is or is not a complete and decisive enmity to godliness; and the other, that this whole plan is a contrivance to gratify human pride and self-righteousness and to escape that great humbling fact everywhere so prominent in the real gospel, that man's ruin of himself by sin is utter, and the whole credit of his redemption from it is God's.

We Presbyterians care very little about the name Calvinism. We are not ashamed of it; but we are not bound to it. Some opponents seem to harbor the ridiculous notion that this set of doctrines was the new invention of the Frenchman John Calvin. They would represent us as in this thing followers of him instead of followers of the Bible. This is a stupid historical error. John Calvin no more invented these doctrines than he invented this world which God had created six thousand years before. We believe that he was a very gifted, learned, and, in the main, godly man, who still had his faults. He found substantially this system of doctrines just where we find them, in the faithful study of the Bible, Where we see them taught by all the prophets, apostles, and the Messiah himself, from Genesis to Revelation.

Calvin also found the same doctrines handed down by the best, most learned, most godly, uninspired church fathers, as Augustine and Saint Thomas Aquinas, still running through the errors of popery. He wielded a wide influence over the Protestant churches; but the Westminster Assembly and the Presbyterian churches by no means adopted all Calvin's opinions. Like the Synod of Dort, we draw our doctrines, not from any mortal man or human philosophy, but from the Holy Ghost speaking in the Bible. Yet, we do find some inferior comfort in discovering these same doctrines of grace in the most learned and pious of all churches and ages; of the great fathers of Romanism, of Martin Luther, of Blaise Paschal, of the original Protestant churches, German, Swiss, French, Holland, English and Scotch, and far the largest part of the real scriptural churches of our own day. The object of this tractate is simply to enable all honest inquirers after truth to understand just what those doctrines really are which people style the peculiar "doctrines of Presbyterians,'' and thus to enable honest minds to answer all objections and perversions. I do not write because of any lack in our church of existing treatises well adapted to our purpose; nor because I think anyone can now add anything really new to the argument. But our pastors and missionaries think that some additional good may come from another short discussion suitable for unprofessional readers. To such I would earnestly recommend two little books, Dr. Mathews's on the Divine Purpose , and Dr. Nathan Rice's God Sovereign and Man Free. For those who wish to investigate these doctrines more extensively there are, in addition to their Bible, the standard works in the English language on doctrinal divinity, such as Calvin's Institutes (translated), Witsius on the Covenants, Dr. William Cunningham's, of Edinburgh, Hill's and Dicks's Theologies, and in the United States those of Hodge, Dabney, and Shedd. All these can be purchased from or through our Assembly's Committee of Publication, No. 1001 Main street Richmond, Va., and sent by mail. 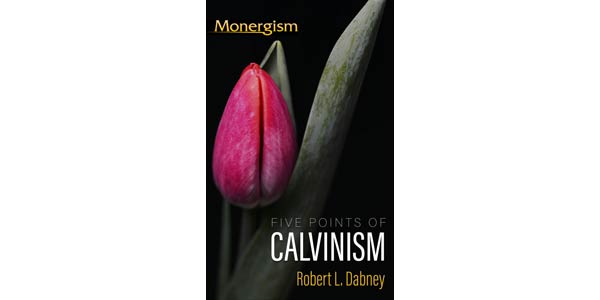 I. What Presbyterians really mean by "Original Sin", "Total Depravity" and Inability of the Will

II. The Nature and Agency of the Moral Revolution named Effectual Calling or Regeneration

V. Perseverance of the Saints