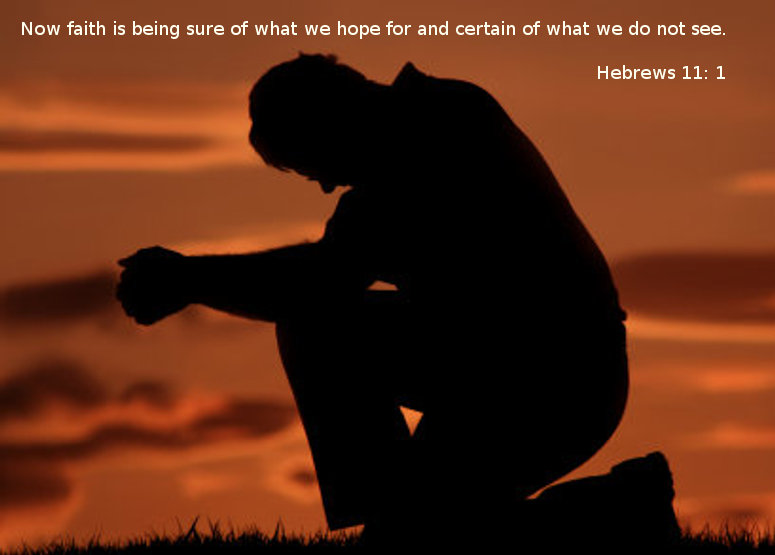 1. Faith is a resting of the heart on God, as on the author of life and eternal salvation. That is to say, that by him we may be freed from all evil, and obtain all good. Isa 10.20, Let him lean upon Jehovah, the Holy One of Israel, in Faith.16 Psa 37.5, Roll your way upon Jehovah, and trust in him. Jer 17.7, Blessed is the man who trusts in Jehovah, and whose confidence is Jehovah.

2. Believing commonly signifies an act of the understanding, yielding assent to testimony. But because the will tends to be moved upon that understanding, and to stretch itself forth to embrace the good allowed by it, therefore Faith aptly enough sets forth this act of the will also. It is necessarily understood this way in this passage of Scripture. For it is a receiving: Joh 1.12, As many as received him — who believe in his name.

3. Hence Faith is carried to that good which is made ours by it; it is an act of election, an act of the whole man, which in no way agrees to a mere act of the understanding. Joh 6.35, He that comes to me — he that believes in me.17

4. Therefore, even though Faith always presupposes a knowledge of the Gospel, yet there is no saving knowledge in anyone (which differs from that which is found in some who will not be saved) except what follows this act of the will, and depends upon it. Joh 7.17; 8.31-32; 1Joh 2.3. 18

5. That truly Christian Faith which has a place in the understanding, always leans upon a Divine testimony, as it is itself Divine; yet this testimony cannot be received without a pious affection of the will towards God. Joh 3.33, He that receives his testimony, has sealed 19 that God is true. Rom 4.20, He was strengthened in Faith, giving glory to God.

6. Nor yet is it more uncertain and doubtful because it is grounded only upon a testimony; rather, it is more certain in its own nature than any human science,20 because it is carried to its object under a formal respect to infallibility. Although, by reason of the imperfection of the habit from which Faith flows, the assent of Faith in this or that subject often appears weaker than the assent of science.

7. Now God is the object of Faith, not as he is considered in himself, but as we live well by him. 1Tim 4.10, We hope in the living God who is the preserver of all men, especially of those that believe.

8. Christ as Redeemer is the mediate object of Faith, but not the highest object; for we believe in God through Christ. Rom 6.11, to live to God by Christ; 2Cor 3.4, we have trust through Christ toward God; 1Pet 1.21, through him believing in God.

9. The sentences in the Scriptures (or promises) contain and present an object of Faith; and they are called the object of Faith by a Metonymy21 of the adjunct.22 The good which is propounded to be obtained, as it is such a good, is the end and the effect of Faith; it is not properly the object of itself. But the One upon whose power we rest in obtaining that good, is the proper object of Faith. 1Cor 1.23, We preach Christ; and 1Cor 2.2, I determined to know nothing among you but Jesus Christ; 2Cor 5.19, God in Christ.

10. With this Divine Faith, which looks to the will of God and our own salvation, we must not simply believe any man, but God above. Rom 3.4, every man is a liar; 1Cor 2.5, that your faith does not consist in the wisdom of men.

11. Therefore the Authority of God is the proper and immediate ground of all truth to be believed in this way; from which come those solemn words of the Prophets everywhere, the Word of the Lord; Thus says the Lord.

12. Hence, the last resolution23 of Faith, as it sets forth a thing to be believed, is into the authority of God, or Divine revelation. 2Pet 1.20-21, If you first know this, that no prophecy of Scripture is from private interpretation, etc.; Joh 9.29, We know that God spoke to Moses. As the last resolution of Faith, as it denotes the act of believing, it is into the operation and inward persuading of the Holy Spirit. 1Cor 12.3, none can call Jesus Lord, except by the Holy Spirit.

13. This Faith whereby we not only believe God, or give credit to God, but believe in God, is true and proper confidence — not as this word sets forth a certain and absolute persuasion of the good to come, but as it signifies choosing and apprehending a sufficient and fit means, and on which such a persuasion and expectation is founded. In this sense, men are said to put confidence in their wisdom, power, friends, and riches. Psa 78.22, they did not believe in God, nor trust in his salvation.

15. Therefore to believe in God is, in such believing, to cling to God, to lean on God, to rest in God, as in our all-sufficient life and salvation. Deu 30.20, by clinging to him, for he is your life.

16. Hence, that general assent which the Papists make out to be Faith, is not Faith; because by their own confession, it may be without any life, Jas 2.17.25

17. But that special assent whereby we resolve that God is our God in Christ, is not the first act of Faith, but an act flowing from Faith. For there is no greater certainty of this truth in you than in another, nor a truer apprehension of it in you than in another, before you have specially applied yourself to God by Faith. Rom 5.1-2, Being justified by Faith, we have peace toward God; we glory in God.

18. Seeing also that Faith is the first act of life whereby we live to God in Christ, it must consist in union with God, which giving assent to the truth concerning God cannot in any way do.

19. Further also, seeing someone that is about to believe out of a sense of his misery, and a defect26 of any deliverance either in himself or in others, he must cast himself upon God in Christ as a sufficient and faithful Saviour; he cannot in any measure cast himself upon God in Christ by an assent of the understanding, but only by a consent of the will.

20. Even though in Scriptures, sometimes an assent to the

truth which touches upon God and Christ, Joh 1.50,27 is accounted as true Faith. yet there is a special confidence always included. And so in all places where there is wording about saving faith, either a confidence in the Messiah is presupposed, and only a determination is declared, or an application is made of it to Christ; or by that assent, confidence is set forth as an effect, by its cause. Joh 11.25-26, He that believes in me shall live. Do you believe this? She says, Yes Lord, I believe that you are that Christ, that Son of God who was to come into the World.

22. Now whereas some place true Faith partly in the understanding, and partly in the will, that is not so accurately spoken, because it is one single virtue; and it brings forth acts of the same kind, not partly of Science, and partly of affections, 1Cor 13.13.28 Rather, that solid assent yielded to the promises of the Gospel is called Faith; and it is called confidence, partly because it begets faith as it is a general assent; and partly because it flows from that confidence as it is a special and solid assent apprehending the actual possession of the grace already obtained. For so it rests upon confidence of the heart as a means, or as a third argument, by force of which such a conclusion can only be inferred; e.g., I am sure that someone who believes will be saved. I believe: ergo I am sure I will be saved. Experience also teaches that this particular assurance of the understanding may be lacking in some for a time, who notwithstanding, have true Faith lying hidden in their hearts.

Excerpt from The Marrow of Sacred Divinity by WIlliam Ames