Expositions on the Book of Psalms (eBook) 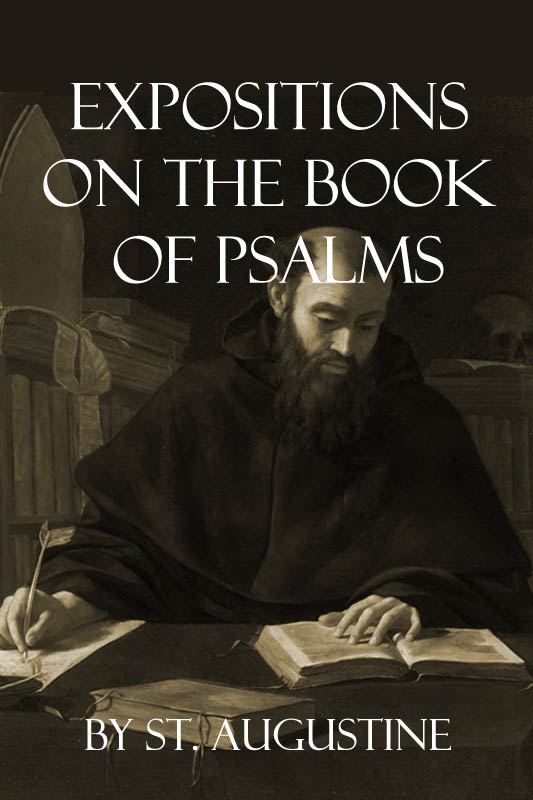 by St. Augustine, Bishop of Hippo

IN any Commentary on a portion of the Old Testament by a writer unacquainted with Hebrew, exact criticism, and freedom from mistake, must not be expected. But the Psalms have been so in the mouth and in the heart of God's people in all languages, that it has been necessary often to find an explanation suitable to imperfect translations. And no doubt it is intended that we should use such explanations for the purpose of edification, when we are unable to be more accurate, though in proving doctrine it is necessary always to remember and allow for any want of acquaintance with the original, or uncertainty with respect to its actual meaning. However, the main scope and bearing of the Text is rarely affected by such points as vary in different translations, and the analogy of the faith is sufficient to prevent a Catholic mind from adopting any error in consequence of a text seeming to bear a heterodox meaning. Perhaps the errors of translation in the existing versions may have led the Fathers to adopt rules of interpretation ranging too far from the simple and literal; but having such translations, they could hardly use them otherwise. Meanwhile St. Augustine will be found to excel in the intense apprehension of those great truths which pervade the whole of Sacred Writ, and in the vivid and powerful exposition of what bears upon them. It is hardly possible to read his practical and forcible applications of Holy Scripture, without feeling those truths by the faith of which we ought to live brought home to the heart in a wonderful manner. His was a mind that strove earnestly to solve the great problems of human life, and after exhausting the resources, and discovering the emptiness, of erroneous systems, found truth and rest at last in Catholic Christianity, in the religion of the Bible as expounded by St. Ambrose. And though we must look to his Confessions for the full view of all his cravings after real good, and their ultimate satisfaction, yet throughout his works we have the benefit of the earnestness with which he sought to feed on the 'sincere milk of the word.'

His mystical and allegorical interpretation, in spite of occasional mistakes, which belong rather to the translation than to himself, will be found in general of great value. It is to a considerable extent systematic, and the same interpretation of the same symbols is repeated throughout the work, and is indeed often common to him with other Fathers. The 'feet' taken for the affections, 'clouds' for the Apostles, and many other instances, are of very frequent occurrence. And it is evident that a few such general interpretations must be a great help to those who wish to make an allegorical use of those portions of Holy Scripture, which are adapted for it. Nor are they adhered to with such strictness as to deprive the reader of the benefit of other explanations, where it appears that some other metaphor or allegory was intended. Both St. Augustine and St. Gregory acknowledge, and at times impress on their readers, that metaphorical language is used in Holy Scripture with various meanings under the same symbol.

The discourses on the Psalms are not carried throughout on the same plan, but still are tolerably complete as a commentary, since the longer expositions furnish the means of filling out the shorter notices, in thought at least, to the attentive reader of the whole. They were not delivered continuously, nor all at the same place. Occasionally the Author is led by the circumstances of the time into long discussions of a controversial character, especially with respect to the Donatists, against whose narrow and exclusive views he urges strongly the prophecies relating to the universality of the Church. Occasionally a Psalm is first reviewed briefly, so as to give a general clue to its interpretation, and then enlarged upon in several discourses.

For the present Translation, as far as the first thirty Psalms, the Editors are indebted to a friend who conceals his name; for the remainder of the Volume, with part of the next which is to appear, to the Rev. J. E. TWEED, M.A. of Exeter College, Oxford. It is hoped that the whole of St. Augustine on the Psalms may come out in Volumes at intervals not much exceeding half a year.