The Existence and Attributes of God (eBook) 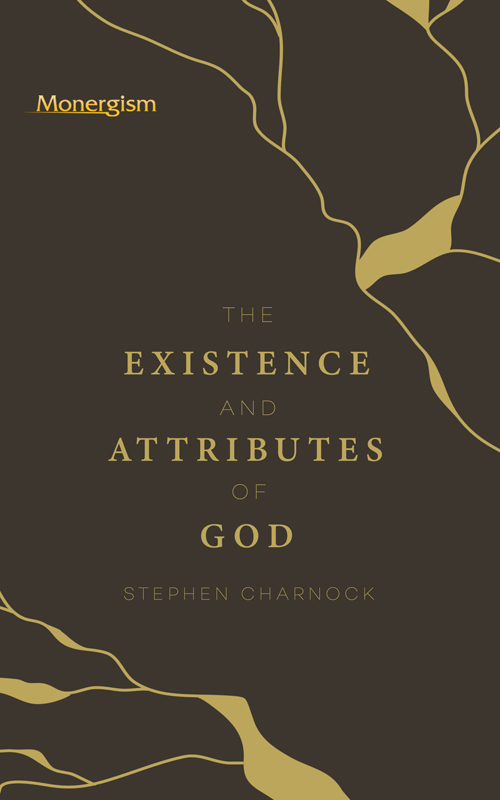 The Existence and Attributes of God has become a classic text on the doctrine of God, and examines in meticulous detail God’s foreknowledge and sovereignty, and discusses the possibility of free will and natural law. No Reformed theologian prior to Charnock treated God’s existence and attributes with such clarity and depth—in fact, his was one of the first works solely devoted to the subject to appear in the Reformed theological tradition, and has become a standard work on the subject. His positions have been echoed and refined by generations of theologians, and most recently have contributed to contemporary debates over free will, foreknowledge, and the openness of God.

No doubt the sheer size of the volume has caused not a few persons to direct their reading efforts elsewhere. This is regrettable for a number of reasons, not the least of which is Charnock’s ability to combine rigorous theological discourse on the doctrine of God with the typical Puritan emphasis on “uses” of the doctrine (relating doctrine and life). His work has much value on a practical level, which should be the goal of all theology.

Charnock studied at Cambridge and was later made senior proctor at Oxford from 1652–1656. At Oxford he belonged to a“gathered church” with fellow Puritan stalwarts, Thomas Goodwin (1600–1680), Thankful Owen (1620–1681), and Theophilus Gale (1628–1678). After Oxford, Charnock went to Ireland where he served various churches, becoming one of the highest-paid clergy in Ireland. In 1660 he returned to England but, in the wake of the Restoration, had no pastoral charge for fifteen years. According to Richard Greaves, Charnock supported himself by practicing medicine. After ministering in private, including secret trips to Holland and France, Charnock became co-pastor in 1675 with the one-time Westminster divine Thomas Watson (c. 1620–1686), serving a Nonconformist congregation at Crosby Hall in London. In the latter years of his life he wrote Discourses upon the Existence and Attributes of God, perhaps the most extensive and incisive Puritan treatise on the doctrine of God. Charnock displays remarkable exegetical skill, familiarity with Protestant and Roman Catholic theologians on the Continent, and a beautiful way with words (particularly his metaphors and analogies). When all these factors are considered together, there is no doubt Charnock belongs to the upper echelon of Puritan theologians. This chapter will focus almost exclusively on Charnock’s understanding of the attributes of God.

The doctrine of God was a hugely significant topic (locus) among the Reformed orthodox. In seventeenth century England a number of Puritan theologians wrote polemical treatises refuting various errors from other theological traditions, particularly the Socinians. The doctrine of God was the foundational starting point in Reformed dogmatics and was typically arranged under five headings: the names of God, the being of God, the attributes of God, the works of God, and the persons of the Godhead. The first three categories address the doctrine of God in the strict sense. The fourth topic concerns the outworking of the divine decree and has an obvious relation to the previous three headings. The Trinity (i.e., the three persons of the Godhead) has its own category because Reformed theologians often spoke of “God” in a twofold sense: essentially and personally. Essentially, “God” refers to the divine essence or substance; personally, “God” refers to each (or all) of the three persons—Father, Son, and Holy Spirit. Connected to these categories is the humanist series of questions that were commonplace in sixteenth- and seventeenth-century academic discourse: An sit? (Whether it be so?); Quid sit?

(What is it?); and Quale sit? (Of what sort is it?). As te Velde helpfully notes, the Reformed scholastics normally used qualis(not quale) because God is personal, not neutral. In this essay, the focus will be on the being and attributes of God—that is, what God is and what sort of being God is. Discussion on “whether God exists” (An Deus sit?) lies outside the scope of this chapter.