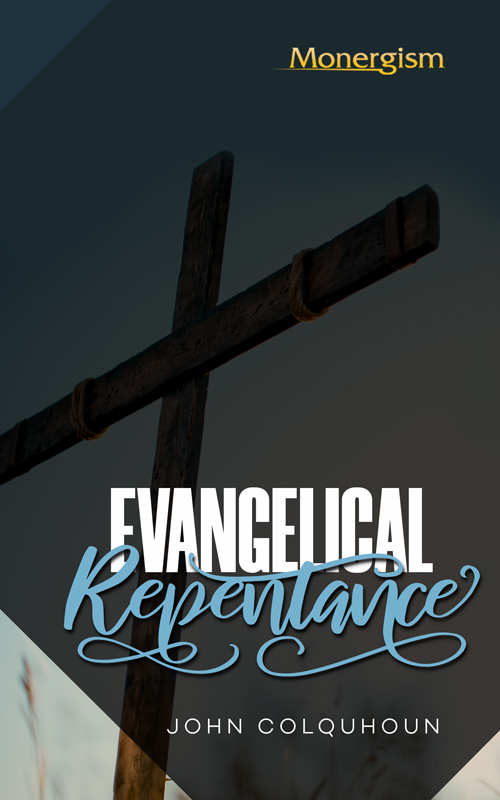 The Lord Jesus came not to call the righteous, but sinners to repentance. True repentance, accordingly, forms a part of the religion, not of an innocent person, but of a sinner. It is produced by the Spirit of Christ in the regeneration and sanctification of a sinner, and is absolutely essential to the character of a true Christian. As the Christian is daily sinning, he ought to be daily repenting of sin. Tertullian says, "I was born for nothing but repentance."

Repentance is natural, or legal, or evangelical.

Natural repentance is that natural feeling of sorrow and self-condemnation, of which a man is conscious for having done that which he sees he ought not have done, and which arises from a discovery of the impropriety of it, or from reflecting on the disagreeable consequences of it to others, and especially to himself. This feeling of regret frequently occurs. When a man, especially a proud and vain man, is convinced of his having been guilty of some glaring instance of improper conduct, either against, or in the presence of a fellow-creature, it is sometimes very keen and painful.

Legal repentance is a feeling of regret produced in a legalist by the fear that his violations of the Divine law and especially his gross sins do expose him to eternal punishment. This regret is increased by his desire to be exempted on the ground of it from the dreadful punishment to which he knows he is condemned for them. He is extremely sorry, not that he has transgressed the law, but that the law and justice of God are so very strict that they cannot leave him at liberty to sin with impunity. His love of sin and his hatred of holiness continue in all their vigour. And yet under the dominion of his legal temper he presumes to expect that such repentance as this will in some measure atone for all his crimes against the infinite Majesty of heaven.

Evangelical repentance is altogether different from either of these. It is a gracious principle and habit implanted in the soul by the Spirit of Christ, in the exercise of which a regenerate and believing sinner, deeply sensible of the exceeding sinfulness and just demerit of his innumerable sins is truly humbled and grieved before the Lord, on account of the sinfulness and hurtfulness of them. He feels bitter remorse, unfeigned sorrow, and deep self-abhorrence for the aggravated transgressions of his life, and the deep depravity of his nature; chiefly, because by all his innumerable provocations he has dishonoured an infinitely holy and gracious God, transgressed a law which is "holy, and just, and good," and defiled, deformed, and even destroyed his own precious soul. This godly sorrow for sin and this holy abhorrence of it arise from a spiritual discovery of pardoning mercy with God in Christ, and from the exercise of trusting in His mercy. And these feelings and exercises are always accompanied by an unfeigned love of universal holiness, and by fixed resolutions and endeavours to turn from all iniquity to God and to walk before him in newness of life. Such, in general is the nature of that evangelical repentance, to the habit and exercise of which the Lord Jesus calls sinners who hear the Gospel.

The influence of the Marrow theology, and especially of Thomas Boston, is highly evident here. Colquhoun’s work, in line with the writings of the Marrowmen, breathes the warmth of the glorious gospel and, whilst it is most solemn in its denunciation of all sin, it is full of evangelical consolation to believers seeking a greater assurance of their knowledge of Christ. In addition to defining the meaning of true repentance, Colquhoun demonstrates how this blessed exercise of soul may be obtained. Since Christ is exalted to give repentance, we are to trust in him for it as well as for pardoning grace. We are to choose God in Christ as our covenant-God and portion. We must be frequent and earnest in prayer for the grace of repentance. Furthermore, we must endeavor to see sin in its hatefulness, especially the sin of our nature. The contemplation of the death of Christ is essential if we would see the awfulness of sin and what it deserves, and we should meditate much on death and judgment to come. Without a doubt, the topic handled so judiciously and profitably in this book by John Colquhoun is of the highest importance to every Christian, and an excellent addition to any library.

1. The Sources of True Repentance

2. The Nature and Import of True Repentance

3. The Necessity of True Repentance

4. The Difference Between True and Counterfeit Repentance

5. The Fruits and Evidences of True Repentance

6. The Priority of the Acting of Saving Faith to the Exercise of True Repentance

7. The Priority of Justification to the First Exercise of True Repentance