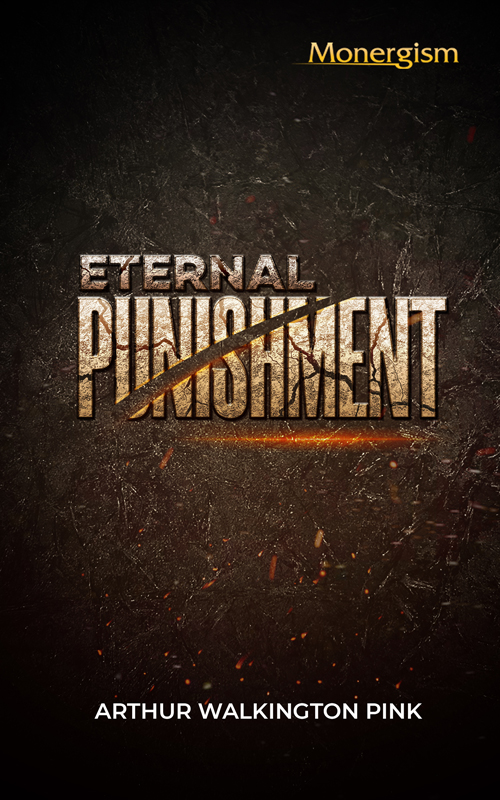 THIS time we take up our pen to write on one of the most solemn truths taught in the Word. And ere we began we turned to the Lord and earnestly sought that wisdom and grace which we are conscious we sorely need; making request that we might be preserved from all error in what we shall say, and that nothing may find a place in these pages which shall be displeasing to that Holy One, "whose we are, and whom we serve." O that we may write in the spirit of One who said, "Who knoweth the power of Thine anger, even according to Thy fear, so is Thy wrath" (Ps. 90:11).

The subject before us is one that needs stressing in these days. The great majority of our pulpits are silent upon it, and the fact that it has so little place in modern preaching is one of the signs of the times, one of the many evidences that the Apostasy must be near at hand. It is true that there are not a few who are praying for a world-wide Revival, but it appears to the writer that it would be more timely, and more scriptural, for prayer to be made to the Lord of the harvest, that He would raise up and thrust forth laborers who would fearlessly and faithfully preach those truths which are calculated to bring about a revival.

While it is true that all genuine revivals come from God, yet He is not capricious in the sending of them. We are sure that God never relinquishes His sovereign rights to own and to bless where and as He pleases. But we also believe that here, as everywhere, there is a direct connection between cause and effect. And a revival is the effect of a previous cause. A revival, like a genuine conversion, is wrought of God by means of the Word—the Word applied by the Holy Spirit, of course. Therefore, there is something more needed (on our part) than prayer: the Word of God must have a place, a prominent place, the prominent place. Without that there will be no Revival, whatever excitement and activities of the emotions there may be.

It may be thought that what we have said in the above paragraph stands in need of qualification. We can imagine some of our readers saying, Such truths as these may be needed by the lost, but surely you do not wish to be understood as saying that these subjects ought to be pressed upon the Lord's people! But that is exactly what we do mean and do say. Re-read the Epistles, dear friends, and note what place each of these subjects has in them! It is just because these truths have been withheld so much from public ministrations to the saints that we now find so many backboneless, sentimental, lopsided Christians in our assemblies. A clearer vision of the awe-inspiring attributes of God would banish much of our levity and irreverence. A better understanding of our depravity by nature would humble us, and make us see our deep need of using the appointed means of grace. A facing of the alarming danger of the sinner would cause us to "consider our ways" and make us more diligent to make our "calling and election sure." A realization of the unspeakable misery which awaits the lost (and which each, of us fully merited) would immeasurably deepen our gratitude, and bring us to thank God more fervently that we have been snatched as brands from the burning and delivered from the wrath to come; and too, it will make us far more earnest in our prayers as we supplicate God on behalf of the unsaved. Moreover, scriptural and searching addresses along these lines would, in some cases at least, lay hold of those who have a form of godliness but who deny the power thereof. They would have some effect on that vast company of professors who are "at ease in Zion." They would, if God were depended upon, arouse the indifferent, and cause some who are now careless and unconcerned to cry, "What must I do to be saved?" Remember that the ground must be plowed before it is ready to be sowed: and the truths mentioned above are needed to prepare the way for the Gospel.

Concerning the eternal punishment of the wicked there are few, it seems, who realize the vital importance of a ringing testimony to this truth, and fewer still who apprehend the deep seriousness of what is involved in a denial of it. The importance of a clear witness to this doctrine may be seen by noting what a prominent place it holds in the Word; and contrariwise, the seriousness of denying it is evidenced by the fact that such denial is a rejection of God's truth. The need of giving this solemn subject a prominent place in our witness is apparent, for it is our bounden duty to warn sinners of their fearful peril and bid them flee from the wrath to come. To remain silent is criminal; to substitute anything for it is to set before the wicked a false hope. The great importance of expounding this doctrine, freely and frequently, also appears in that, excepting the Cross of Christ, nothing else so manifests the heinousness of sin, whereas every modification of eternal punishment, only serves to minimize the evil of it.

We propose to deal with our present theme under the following divisions. First, we shall examine briefly some of the leading objections brought against the truth of eternal punishment. Second, we shall classify various passages which treat of the destiny of the lost, showing that death seals the sinner's doom, that his condition is then beyond hope, that the punishment awaiting him is interminable. Third, we shall examine those scriptures which throw light upon the nature of the punishment which awaits the lost. Finally, we shall seek to make a practical application of the whole subject.

II. The Destiny of the Wicked

III. The Nature of Punishment Awaiting the Lost

IV. The Application of the Subject