The Doctrine of Law and Grace Unfolded (eBook) 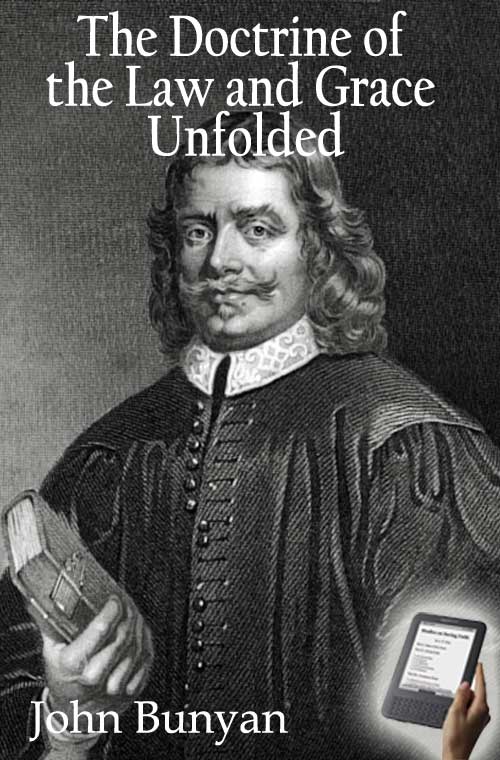 A discourse touching the law and grace; the nature of the one, and the nature of the other; showing what they are, as they are the two covenants; and likewise, who they be, and what their conditions are, that be under either of these Two Covenants: Wherein, for the better understanding of the reader, there are several questions answered touching the law and grace, very easy to be read, and as easy to be understood, by those that are the sons of wisdom, the children of the second covenant.

"For the law made nothing perfect, but the bringing in of a better hope did; by the which we draw nigh unto God" (Heb 7:19).

"Therefore we conclude that a man is justified by faith without the deeds of the law" (Rom 3:28).

"To him [therefore] that worketh not, but believeth on Him that justifieth the ungodly, his faith is counted for righteousness" (Rom 4:5).

Here are a few quotes that stuck out for me.

“So long as people are ignorant of the nature of the law, and of their being under it – that is, under the curse and condemning power of it, by reason of their sin against it – so long they will be careless, and negligent as to the inquiring after the true knowledge of the Gospel.”

“The word ‘law’ and the word ‘grace’ in this sixth [chapter] of Romans, do hold forth the two covenants which all men are under; that is, either the one or the other.”

“The substance of the law delivered on Mount Sinai was, before that, delivered by the Lord to man in the garden.”

“To be under the law as it is a Covenant of Works, is to be bound, upon pain of eternal damnation, to fulfill, and that completely and continually, every particular point of the Ten Commandments, by doing them.”

“If a man that hath deserved death by the law be…forgiven his offence, it is not because the law saith, ‘spare him;’ but it is the love of the judge…that doth set the man free from the condemnation of the law.”

“The law doth always find fault with the sinners obedience as well as his disobedience.”

“If thou be under this covenant [of works], work as hard as thou canst, the law will never say, ‘Well done,’ it will never say, ‘My good servant,’ no; but it will always be driving thee faster, hastening of thee harder, giving thee fresh commands, which thou must do upon pain of damnation not to be left undone.”

THE EPISTLE TO THE READER

These are several titles which are set over the several TRUTHS contained in this book, for thy sooner finding of themâ€“