The Doctrine of God 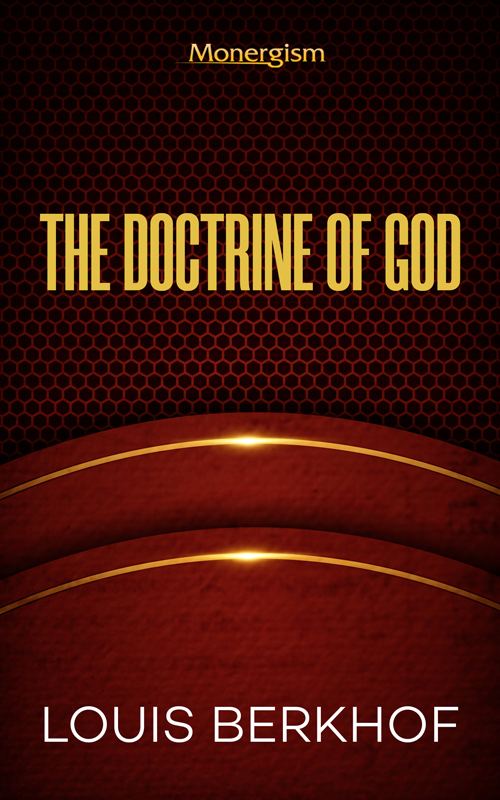 WORKS on dogmatic or systematic theology generally begin with the doctrine of God. The prevailing opinion has always recognized this as the most logical procedure and still points in the same direction. In many instances even they whose fundamental principles would seem to require another arrangement, continue the traditional practice. There are good reasons for starting with the doctrine of God, if we proceed on the assumption that theology is the systematized knowledge of God, of whom, through whom, and unto whom, are all things. Instead of being surprised that Dogmatics should begin with the doctrine of God, we might well expect it to be a study of God throughout in all its ramifications, from the beginning to the end. As a matter of fact, that is exactly what it is intended to be, though only the first locus deals with God directly, while the succeeding ones treat of Him more indirectly. We start the study of theology with two presuppositions, namely (1) that God exists, and (2) that He has revealed Himself in His divine Word. And for that reason it is not impossible for us to start with the study of God. We can turn to His revelation, in order to learn what He has revealed concerning Himself and concerning His relation to His creatures. Attempts have been made in the course of time to distribute the material of Dogmatics in such a way as to exhibit clearly that it is, not merely in one locus, but in its entirety, a study of God. This was done by the application of the trinitarian method, which arranges the subject-matter of Dogmatics under the three headings of (1) the Father (2) the Son, and (3) the Holy Spirit. That method was applied in some of the earlier systematic works, was restored to favor by Hegel, and can still be seen in Martensen’s Christian Dogmatics. A similar attempt was made by Breckenridge, when he divided the subject-matter of Dogmatics into (1) The Knowledge of God Objectively Considered, and (2) The Knowledge of God Subjectively Considered. Neither one of these can be called very successful.

Up to the beginning of the nineteenth century the practice was all but general to begin the study of Dogmatics with the doctrine of God; but a change came about under the influence of Schleiermacher, who sought to safeguard the scientific character of theology by the introduction of a new method. The religious consciousness of man was substituted for the Word of God as the source of theology. Faith in Scripture as an authoritative revelation of God was discredited, and human insight based on man’s own emotional or rational apprehension became the standard of religious thought. Religion gradually took the place of God as the object of theology. Man ceased to recognize the knowledge of God as something that was given in Scripture, and began to pride himself on being a seeker after God. In course of time it became rather common to speak of man’s discovering God, as if man ever discovered Him; and every discovery that was made in the process was dignified with the name of “revelation.” God came in at the end of a syllogism, or as the last link in a chain of reasoning, or as the cap-stone of a structure of human thought. Under such circumstances it was but natural that some should regard it as incongruous to begin Dogmatics with the study of God. It is rather surprising that so many, in spite of their subjectivism, continued the traditional arrangement.

Some, however, sensed the incongruity and struck out in a different way. Schleiermacher’s dogmatic work is devoted to a study and analysis of the religious consciousness and of the doctrines therein implied. He does not deal with the doctrine of God connectedly, but only in fragments, and concludes his work with a discussion of the Trinity. His starting point is anthropological rather than theological. Some of the mediating theologians were influenced to such an extent by Schleiermacher that they logically began their dogmatic treatises with the study of man. Even in the present day this arrangement is occasionally followed. A striking example of it is found in the work of O. A. Curtis on The Christian Faith. This begins with the doctrine of man and concludes with the doctrine of God. Ritschlian theology might seem to call for still another starting point, since it finds the objective revelation of God, not in the Bible as the divinely inspired Word, but in Christ as the Founder of the Kingdom of God, and considers the idea of the Kingdom as the central and all-controlling concept of theology. However, Ritschlian dogmaticians, such as Herrmann. Haering, and Kaftan follow, at least formally, the usual order. At the same time there are several theologians who in their works begin the discussion of dogmatics proper with the doctrine of Christ or of His redemptive work. T. B. Strong distinguishes between theology and Christian theology, defines the latter as “the expression and analysis of the Incarnation of Jesus Christ,” and makes the incarnation the dominating concept throughout his Manual of Theology.

Part One. The Being of God

Part Two. The Works of God

Down goes Roe: And with it, a classic statement of expressive individualism
Carl Trueman
Gods of Sex
Peter Jones
Learn, Go, Send, Pray How Pastors Support Global Missions
F. Lionell Young III
Is Church Growth Desirable or Dangerous? Yes.
Adam Parker
60 Questions for Pro-Choice Christians
Curated Resources
When the Mob Shows Up the Monday After Roe
Michael Lawrence
Will Feminists Win the Pulpit?
Virgil Walker
The Revival We Need and the Unregenerate Church Members We Have
Jim Elliff
The Lost Art of Fathering
Curated Resources
Why Won’t Christians Talk About This?
Bill Muehlenberg
8 Covenants in the Bible and What They Mean for You Personally Today
Le Ann Trees
Throwing Prophecy under the Agabus
Nathan Busenitz
When ‘Gospel-Centeredness’ Becomes a Cover for Idolatry
Curated Resources
On Worship
H.B. Charles Jr.
“Let the Little Children Come To Me”
Kevin DeYoung
What happens to God’s people after they die?
Derek Thomas
A Treatise of Christian Love (eBook)
Hugh Binning
The Glory of the Benediction
Curated Resources
Religious Liberty is Good for Everyone for Many Reasons
John Stonestreet
Love the Church Like Christ Does
Dustin Benge
How to Patiently Prepare for Missionary Work Among the Unreached and Unengaged
Anonymous Author
How can I grow in my experiential knowledge of God?
Steven J Lawson, Derek Thomas, W Robert Godfrey
Barr: Public Schools Are Now So Hostile To Christians, They’re Unconstitutional
Curated Resources
The Doctrine of Regeneration a Change in the Disposition
Dr. Martyn Lloyd-Jones
How To Win The Debate On Abortion In 12 Clear Counterpoints
Eleanor Bartow
If You’re Frightened Of Post-Roe America, Consider How Liberating Dobbs Is
Emily Jashinsky
Overturning Roe Definitively Proved The Culture War Is Worth Fighting
Elle Reynolds
A Conflict of Visions: Comparing Rick Warren’s SBC Speech and Juan Sanchez’s Convention Sermon
Alex DiPrima
For Christ's Crown and Covenant
Warren Peel
The Purpose of Jesus' Most Perplexing Miracle
J.K. Wall
Did Jesus Die for Everybody?
Blake Long
Pastor, Preach Repentance
Jeremy Walker
The Unforgivable Sin
Curated Resources
It Turns Out Transgender Ideology is Pretty Unpopular
Curated Resources
On Wolves, Sinners, & Social Justice Hypocrisies
Chris Gordon
Honour Your Dishonourable Father
Samuel Sey
Is this world doomed to destruction, or will God renew it in the end?
Michael Reeves
The Land is Bright
Jake Meador
The Supreme Court strikes down Roe and Casey
Albert Mohler
Free-Will and Merit Fairly Examined
Augustus Toplady
The Coming of Christ Desired by Christians
Thomas Manton
On the Gradual Increase of Gospel Illumination
John Newton
The Spring-Time of Life (eBook)
David Magie
No, Christianity Is Not as Bad as You Think: 5 Statistics That Reveal It’s Good for the World
Curated Resources
The End Of The World According To Jesus
Kendall Lankford
The Fundamental Significance Of The Lord’s Supper (pt 1)
B B Warfield
How “You Do You” is Leading to Narcissism and a Mental Health Crisis
Akos Balogh
5 Quick Takes for New Culture Wars
Trevin Wax
How to Make the Case against Abortion in Less Than a Minute
Amy Hall
5 Reasons Why We Should Not Stop Using Male Pronouns for God
Sharon James