The Doctrine of the Atonement 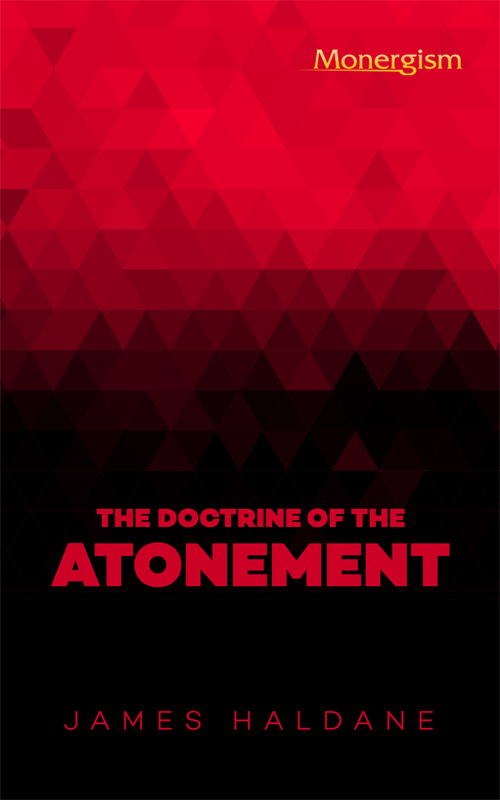 Many erroneously supposed that the universal proclamation of the Gospel, implied Universal Atonement; for how, as Dr Wardlaw asks, could pardon of unatoned sin be preached? so that the more zealous such men became in the cause of missions, the more were they confirmed in this unscriptural doctrine. This notion, however erroneous, appears to have great weight with many; so that in a variety of ways, the unscriptural doctrine of Unlimited Atonement has received support from missionary exertions.

The object of the following pages, is to vindicate the doctrine of PARTICULAR REDEMPTION; to show that Christ purchased the Church with his own blood, and has thereby secured eternal life to all his sheep, whom he separates from the goats by means of the Gospel, which is represented as the rod of his power.

Dr Wardlaw having taken a prominent part in defending the doctrine of Universal Atonement, his principal arguments, in his “Discourses on the Nature and Extent of the Atonement of Christ,” are particularly considered, and the inevitable consequences of the new system are illustrated by what has already taken place, in the denial of election, and of the necessity of the work of the Spirit to produce saving faith.

Dr Wardlaw’s publication is characterized by a very able reviewer, as containing doctrinal views, which “involve in their nature and tendency, a surrender into the hands of the enemy of not an immaterial or unimportant position merely, but the very fortress of the Gospel.”[*] Dr Wardlaw has replied, but by no means in a satisfactory manner. He employs the words, “imputation,” “substitution,” and “expiation,” but attaches to them a different meaning from that which they hear in the word of God. His argument, in regard to the mode of the Divine government, is worthy of particular attention. He maintains that it is not conducted on the principle of “distributive,” or “retributive,” but of “public justice,” which is only the shadow of justice without the substance, the appearance without the reality.

Some observations are also made upon Dr Jenkyn’s work, which has been widely circulated in England.

The Atonement is the foundation of the Gospel; it is the root from which all its ramifications spring, and upon the correctness of our views on this subject, depend, under God, our true or false apprehensions of every part of the revelation of mercy.

Should the following pages be made useful in preventing any of the children of God from being carried along with the current, which appears to have set in with such force in this country, and which threatens to sweep away the ancient landmarks; or should they be instrumental in recovering any who have fallen into error, the Author’s object will be attained. Amidst the false doctrines which are so prevalent, we may rejoice in the assured confidence, that He who is Head over all things to the Church, is conducting the affairs of his kingdom to that consummation which shall at once most illustriously display his own and his Father’s glory, and shall most effectually tend to the advancement of the happiness of his redeemed people.

There is no danger of the interests of religion suffering by discussion. It may indeed be conducted in an improper spirit, and much sin may be committed while we are attempting to vindicate the truth; but this is the abuse of the apostolic precept, that we should earnestly contend for the faith once delivered to the saints. Amidst the unmeaning declamation against religious controversy, it is well to remember, that the Gospel is the revelation of the character of God, and consequently in so far as we take a false view of any part of the truth, we must, to the same extent, err in regard to our apprehensions of Him whom we profess to worship.

This holds more especially in regard to the doctrine of the Atonement. The question respecting its nature and extent, involves the fundamental inquiries:—Whether the incarnation, sufferings, and death, of the Son of God, resulted from the perfection of the Divine character, which rendered it imperative, if mercy were shown to the guilty, that the claims of justice should be fully satisfied?—Whether in the plan of salvation, the law has been magnified and made honourable, not a jot or tittle passing from it till all was fulfilled?—Whether, while transgressors are pardoned, sin has been more signally punished, than if the whole human race had perished? or—Whether the plan of redemption, into which the angels desire to look, was designed merely to vindicate the government of God in the eyes of his creatures, and to prevent its falling into contempt? in short—Whether the Atonement was really an expiation of sin, or a spectacle for the purpose of producing an impression upon the subjects of the Divine government?

In opposition to the numerous and explicit declarations of the Word of God, in which the sins of his people are represented as being made to meet upon Christ, that they might be invested with his perfect righteousness; according to the new system, although treated as righteous, yet they can never cease to be guilty; while there was no transference of guilt to their glorious Head and Surety, whose sufferings and death were consequently a merely gratuitous intimation of what their sins had merited.