The Discovery of the Plague of Our Hearts! (eBook) 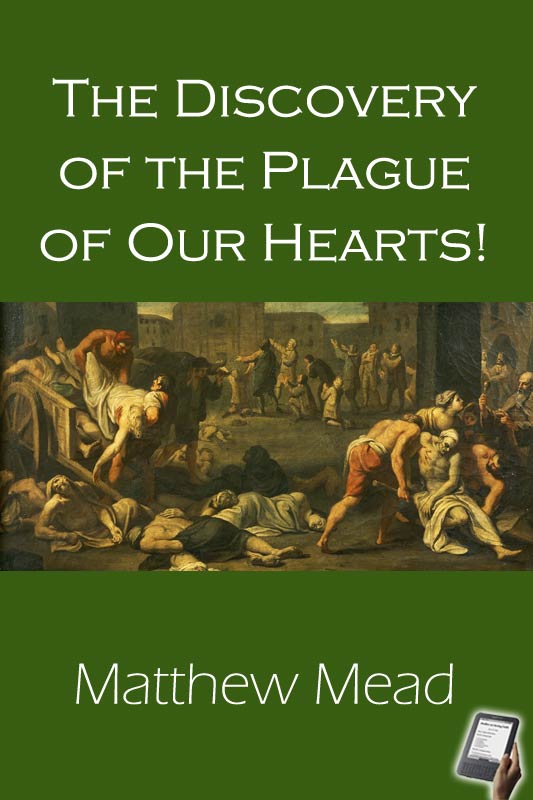 "Why should any living man complain when punished for his sins? Let us examine our ways and test them, and let us return to the LORD. Let us lift up our hearts and our hands to God in Heaven." Lamentations 3:39-41

"They provoked the LORD to anger by their wicked deeds, and a plague broke out among them. But Phinehas stood up and intervened, and the plague was checked." Psalm 106:29-30

Preface to the Reader:
I have considered the sore judgment with which we have been visited lately, which so evidently declares God's wrath against us. So I believe this work is an essay which is very acceptable to God, and profitable to ourselves. I did the best I could to make the voice of the rod of God articulate for you. In the print of this book it lashes us, not only by God's wrath, but the sin he scourges us for, and the duty he would drive us to. I hope all this is found in legible characters easily understood on the page.

When I looked on affliction as a medicine for a distempered Nation, I thought it was exceedingly necessary, in order for it to work in us, to tell the nature, importance and use of it; and to give directions how it ought to be received. I acknowledge myself the meanest of ten thousand to accomplish such a great work. When I saw, or heard, of nothing so particular and distinct as I thought this important matter required—I humbly depended on, and implored Divine assistance to make this attempt. In this while I have guided myself by the Physician's own rules, and an impartial consideration of the nature of the patient. This was my great desire and hope of this undertaking: to work together with God's providence for some good to the Nation. And surely no man has cause to be angry with this intention, or with anything that flows sincerely from it.

Imagine a man was the meanest among the people in the time when Nineveh was threatened with destruction. What if he had given a catalogue of those sins they were guilty of? Such sins had to be removed which could prevent their ruin. I am persuaded that if a man did this, that the Prince, his Nobles, and the people would have been grateful to him, even though he would have spoken to them all with more plainness and boldness than I have done in this treatise. I confidently dare to expect the same from you. If our fasting and prayers are just for fashion's sake, they are useless. They must be in good earnest as the people of Nineveh.

I was fearful of two great miscarriages that I might be guilty of, which I have especially consulted against. 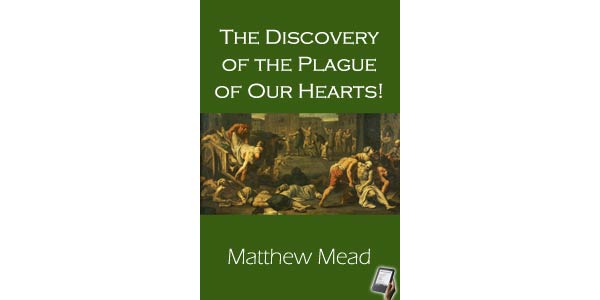 The first, of being swallowed up so much with a sense of suffering in sin, as to be indisposed for all profitable reflections on it. I would gladly turn men's eyes and thoughts from off this—to the sin that brought it. I wish them only to consider the suffering, so much as to inform themselves more clearly of the evil of the sin.

O what out-cries we may hear up and down: What doleful times these are! So many thousands dead this week—and so many last week! The plague got to this town—and then to that town! All business, as well as people, dead and gone! But were people formerly in this way affected, while we were bringing this on ourselves? Did they cry out then?

O how many thousands of oaths are sworn in a week! And how many lies are told! How many thousands are now drunk, and how many commit lewdness! If we had weekly bills of such sins brought in to us, they would far have exceeded the largest sums that ever yet mortal men have made. But alas! The idea of sin with most people, is a light matter. There are not half so many groans and tears for sins, nor any such complaints of them. Nor did any consideration of them make any sensible alteration among us.

Now this I would gladly obtain, to have those days of sinning thought as much worse than these days of suffering; and those sins as much worse than these sufferings. The disease is worse than the medicine. In the same way, a child's disobedience to his parents is worse than his being whipped. And he who should weep out of pity to the child, when he sees the child whipped, and yet could be content to hear him revile and abuse his father—I should think such a person of more sentimentality, than one of discretion. He is more concerned for the child's pain, than the parent's honor. This argues about him, that he has no true love for either.

Let me also give a caution, namely, that no man disclose so much folly as to argue that because in mercy God may abate and remove his heavy judgments, before many, or perhaps any of these sins I have mentioned are put away from among us, because we may have our former health and plenty restored.

It is much to be feared that you will see drunkards, and hear swearers, after the plague is be ceased. And will you think, therefore, that these, and the same wickednesses, did not provoke God to afflict us first? Stay, if you are in doubt, until the great reckoning day, until you have heard all men's accounts cast up, and those actions which are then approved confidently pronounced as no sins.

I tell you that all those who survive here under the heaviest judgments on earth, which may be sent from God to punish and reform those that were guilty of them—will not escape final judgment. Hardened sinners may frustrate some ends of an affliction, and all wicked sinners are not followed here with sore judgments, as Pharaoh was for a time.

No, I say, do not justify all such sinful actions, though you hear them openly defended and applauded. And don't believe that men were punished under the plague simply because the world said they opposed their practices. This lower world is full of such mad mistakes and confusions. But I tell you, all this will shortly be set straight.

The other miscarriages that I feared men would be apt to run into, and which I have labored to provide against—was that though they might be convinced that sin in general was the cause of all our miseries—yet hardly that it was their sin, or their friend's, but somebody else's that they don't love. They shift it off to this or that party—whom they would have punished had they been in God's place. There is such a strong self-love in every man, that his imagination shapes God very much in a likeness to himself. Even the vilest sinners, Psalm 50:21, thought God such an one as themselves. And consequently they account themselves, and all their concerns dear to God. They would interpret all his providences in favor of them, to right their quarrel, and to avenge them of their enemies.

For in this way they would direct God to act, if they were ever called to his counsel. All would gladly say that God is of their party, and against those whom they are against. Every man will be more inclined to accuse others, than himself. No, and here it often happens, that those who have espoused any sin, will be so far alone from thinking ill of it, that they would rather accuse the contrary virtue.

Just so, godliness itself may sometimes bear the blame, or even the most godly and unblamable men. The pillars of a land sometimes are accounted its pests—on which while some men blind with rage, lay their hands to pluck them down, they are about to do themselves.

Ahab will sooner count Elijah rather than himself, a troubler of Israel. Those who were the salt to savor a corrupt world—are accounted the filth and off-scouring of all things. And when any mischief befalls the Empire, then the poor Christians must be thrown to the lions.

In this way I fear among us, many bitter and undeserved censures will be passed by one against another. Such a great sin, I have done my best to consult against—while I have chiefly labored to bring every man to a reflection on himself. I have studied faithfully to deal, both to this man and that, his share in procuring our miseries. I have made the divisions and parties that are among us which occasion this censoriousness, one great cause of our sufferings.

Know this: it is only against sin that I have a quarrel. If any guilty person (as the Pharisees when Christ preached) shall think I mean him in this work, let him once again know, that it is not against a man small or great—but the sins of all who I am entered into this list. I hope they will rather see to forsake their sins, than vindicate them.

I dare undertake to evidence, that sin is that which brings suffering, and that those things I have mentioned as the sins of our Nation, are indeed such. Yes, and if it is not thought immodest to stall the reader's judgment for a second, I dare add, that I have spoken very great truth and reason in the matters that people will find most liable to exception, notwithstanding all the weaknesses and disadvantages in the represented material, which I readily acknowledge to be many and great. But I have already exceeded the due bounds of a Preface; therefore, let me conclude.

So far as I know my own heart, I have spoken nothing with a design to exasperate any, or to humor and gratify one faction by disgracing or inveighing against another. It has been my care to speak the honest truth, according to the infallible Word of God, and the clearest apprehensions of my own soul. I did this with a sincere desire to discover what indeed those sins are, which we especially suffer for—that the inconsiderate and ignorant may be informed, the guilty humbled, wickedness rooted out, God appeased, and all our mercies, both spiritual and temporal, restored and continued. These designs shall be followed with my prayers—and I hope with yours also who read this little work. How far the success may answer, either I must leave to the reader's improvement, and God's blessing on my well-intended, though weak endeavors.

Yours in the service of the Gospel,

Preface to the Reader

3. Why Does God Contend with Us?

7. Duties of Private Christians, and to Ministers

9. A Word to Those Who Truly Love Christ