A Discourse on Election (eBook) 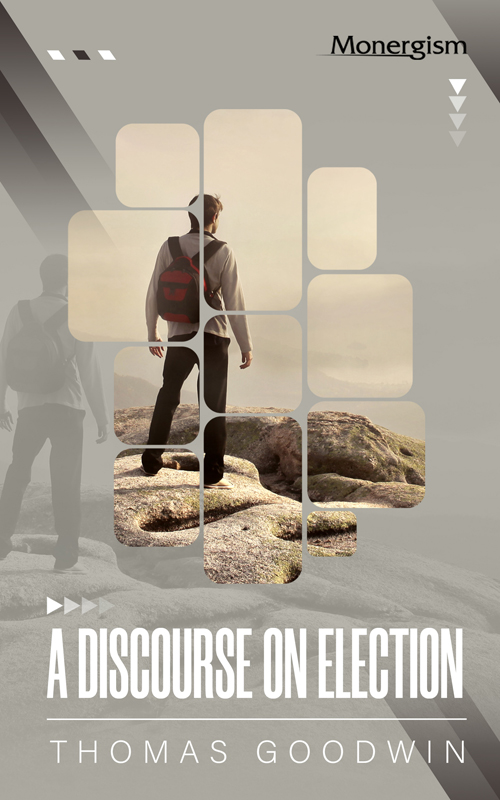 The necessity of an election, or super-creation grace, if either angels or men (whether fallen or unfallen) be certainly and securely saved.

BY the necessity of an election, I mean not as if God had been necessitated thereunto, for nothing with him is more free; and that it is termed an election of grace sufficiently testifies it; but the necessity lay in respect of the eternal salvation of either angels or men.

Nor, secondly, do I mean, as if it must have been an act of election; understanding it a calling forth but of some persons only; for that way of salvation, which is the grace itself, God might have saved all of either sort by, and not have made an election of it, that is, of some, although he was pleased so to do. It is true, indeed, in making an election but of some, the freeness of God's grace was the more manifested; that is, in the point of the freedom of it; and that, de facto‚ there was such an election but of some, both angels and men, I shall after shew; but the dint of my present assertion, whilst yet I term it election of grace (because de facto so it was), lies in this: that, take the substance of that, grace itself, which election hath chalked out as the way of salvation thereby, and that is it I now alone affirm to have been necessary; I add securely‚ to bring to salvation both angels and men. And my assertion issues in this, that not any one of his creatures were, or had been eternally and effectually saved (that is, none of his understanding rational creatures), without such a grace as election hath pitched upon; no, not one of either sort, neither angels nor men, as, de facto‚ it appeared.

God, though he made angels and men in a state of perfect holiness, able to stand with the innate pondus‚ or poise and bias of holiness, joined with that concurrence or assistance of God's that did accompany it; yet that assistance being then suited to the laws and dues of creation merely; that is, look what preservation in that state a creature could challenge, by the covenant of creation, as a due from God as his creator, so far forth there was an assistance did accompany that holiness; and therefore was but such an assistance as was proportioned to that present state, whereby the will of the creature had a power to continue, if he would use that assistance, and those creation powers and principles, as he ought, so as it was every way such as the creature could not, but at any time (till the act of falling), say, I find myself able to stand if I will; but so as the keeping of this holiness with that assistance, was committed to the free-will of man, as likewise of angels, which at the best was a mutable slippery thing, fickle and changeable. To make instance in the angels, by and from the example of whom it is that I make forth this necessity of election for the creature to be saved. In Job 4:18, 'Behold, he puts no trust in his servants, and the angels he chargeth with folly.' We have the like in chap. 15 ver. 15, 'He putteth no trust in his saints.' The angels were perfectly holy, but if he would give them no other assistance but what was their due from creation, there was no trust to be put in them, or their standing. If they were holy to-day, they might sin to-morrow. If God but sent them of an errand down into this world, they might sin before they came up again. The folly there was their mutability; and to be carried on unchangeably to eternity, without the hazard and danger of miscarriage, was beyond the due of creation, which was their first creation covenant they all appeared afore God in; and therefore immutably to have kept them, had been grace, which must flow from another well-head and original than the pure covenant of works or of creation, and that can be no other than grace; and the indispensable ground why the creature, by the law and covenant of creation, should be thus dealt with as aforesaid, and so he left to a mutability, is, that it is only proper unto God, and that essentially, not to be subject to change. And it was fit this difference betwixt God's being, and the being of the creature (which it had by creation) should be thus stated by the creation-law as purely it came out of God's hand; and so as that if God would impart the image of his immutability of holiness to any, and fix them in it, it might appear to be of grace. This is grace, and grace to the angels themselves. In James 1:13, you have it, that it is 'God only that is not tempted with evil, nor can be tempted.' The creature, by what from the law of creation they have upon the terms of creatureship, may be tempted to sin; and not only so, but fall and be lost, and then never to be able to recover itself again.

BOOK I: Wherein is proved the necessity of an election grace

-- CHAPTER I: The necessity of an election

-- CHAPTER II: That there is an election of grace, with a non-election or passing by others

-- CHAPTER III: God hath made an election of same out of pure grace, with a non-election of others, proved by the story of all ages of the world

-- CHAPTER IV: The instance of Noah, and his being saved in an ark, and God's covenant made with him

BOOK II: Of the order of God's decrees about man's election and reprobation.

-- CHAPTER I: That God had a respect unto man considered as unfallen, in his election of him unto the end

-- CHAPTER II: A brief draught of the order of Christ's election

-- CHAPTER III: termination of election is God's choosing us to himself

-- CHAPTER IV: That our union with God the Father, and Christ, proved from John seventeen

-- CHAPTER V: The infinity of grace and condescension in God, to ordain such an union and communion with himself of us his creatures

-- CHAPTER VI: The primordial motives in the heart of God, for union of creatures with himself

-- CHAPTER VII: The oneness and intimacy of communion which the Trinity the motive of God's ordaining us unto union with himself.

BOOK III: The infinity of grace in God's choosing us, proved from the nature of election,

-- CHAPTER I: The grace of electing us simply considered

-- CHAPTER II: The infinity of grace in God's electing us, discovered by a comparison of it with the other act of reprobation

-- CHAPTER III: The infinity of grace in electing us

-- CHAPTER IV: Of the common condition of the elect, and rejected, in the fallen estate of mankind

-- CHAPTER V: The infinite grace of God in election, by a view of the particular conditions of elect

-- CHAPTER VI: The grace of election illustrated in one particular, the most eminent demonstration of it

-- CHAPTER VII: A brief exposition of Jude, by way of confirmation of the precedent doctrine

BOOK IV: The mighty and powerful grace which God dispenses to his elect

-- CHAPTER I: The explication of the words.—What it is for God to be a God of grace

-- CHAPTER II: He gives supplies of grace proportionably to the needs, distresses, and temptations unto which his elect

-- CHAPTER III: God is the God of all grace, with a discrimination to us, not to others

-- CHAPTER V: Our first calling God hath shewn himself a God of all grace

-- CHAPTER VI: God's calling us unto his eternal glory is an investing us with a right to heaven

-- CHAPTER VII: The security that Jesus Christ gives us to be strengthened, and enabled to persevere

-- CHAPTER VIII: What security the consideration of Christ's person affords to our faith that we shall be strengthened to persevere unto the end

-- CHAPTER IX: The engagements of Christ, and his interest to preserve us

-- CHAPTER X: The engagement on Christ's part for our preservation, that ariseth from his interest in that glory we are by him called into.

-- CHAPTER XI: The engagement of God and Christ by promise for the carrying on his truly called ones through all temptations unto eternal glory

-- CHAPTER XIII: That this promise of perfecting extends to another case of decayed Christians

-- CHAPTER XIV: What sufferings we must necessarily undergo before that God settles and strengthens us in any eminent manner

-- CHAPTER XV: The actual performance of those promises of perfecting, stablishing, strengthening, settling us.

-- CHAPTER XVI: That the decrees of God in election are of such sure efficacy that we may be ascertained of their infallible performance

BOOK V: Election, in the ordinary course of it, runs in a line of succession from believing parents to their posterity.

-- CHAPTER I: The children of godly parents called the inheritance of the Lord

-- CHAPTER II: That this covenant is derived unto the churches of the Gentiles

-- CHAPTER V: Reasons drawn out of that foregoing exposition of 1 Cor. 7:14

-- CHAPTER VII: That God orders his election, so as to run in a successive line from godly parents to their children, does not infringe the freedom of election grace

--CHAPTER VIII: How largely God extends his acts of grace and favour.