A Discourse of Christ our Passover (eBook) 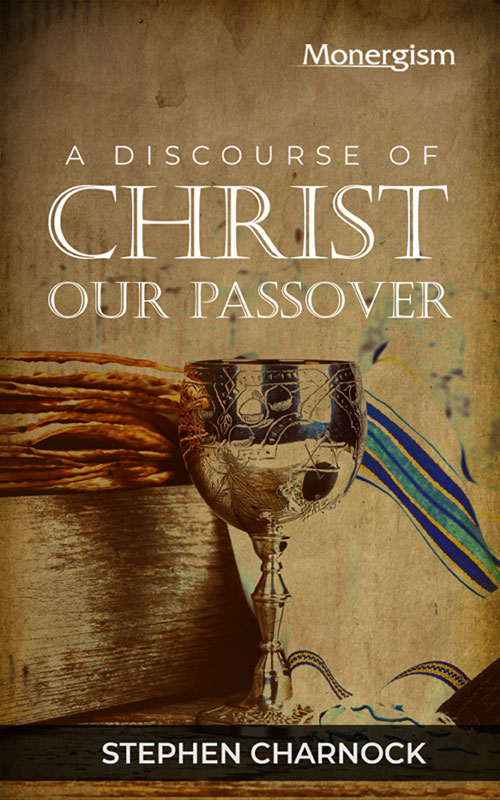 For Christ our passover is sacrificed for us.—1 COR. 5:7.

THE words are a reason of the apostle's exhortation to the Corinthians to cast out the incestuous person, in regard of the contagion which might be by so ill an example dispersed to others, as a leaven spreads its vapours through the whole lump: ver. 6, 'Know you not, that a little leaven leaveneth the whole lump?' And having used this similitude of leaven, he pursues it in allusion to the custom of the Jews before the celebration of the passover, according to the command to have no leaven found in their houses at that time, upon the penalty of being cut off from the congregation of Israel; and with respect to the true design of that ceremonial injunction, exhorts the Corinthians to 'purge out the old leaven,' viz., that person from their society, lust from their hearts, every member of the old Adam, that they might be a new lump, answering their holy and heavenly calling. The reason of this exhortation is in the words: 'For Christ our passover is sacrificed for us,' and by his death hath taken away the sin of the world.'* As the sacrifice of the paschal lamb represented the sacrifice of Christ, so the manner wherein the Israelites celebrated that solemnity with unleavened bread represents the manner wherewith we ought to celebrate the death of the Redeemer of the world. As therefore our true passover, which is the Lord Jesus, hath been sacrificed for us, let us daily celebrate the memory of it in a manner worthy of so great a grace. As, therefore, the Jews abstained from all leaven in the time of the figure, let us not only abstain from, but purge out, all things contrary to God, because for this end Christ was sacrificed for us. As the passover was a type of Christ, so the unleavened bread was a type of Christians, and of their innocence and purity of life.† And that 'because you are unleavened,' i.e. de jure, you ought to be so; for that is said in Scripture sometimes to be de facto which ought to be, as 'the priest's lips preserve knowledge,' i.e. ought to preserve knowledge.‡Ἐκκαθάρατε, purge out, is more emphatical and pressing than a simple purging: purge it out wholly, that nothing may be left in you, that you may be such as a new lump did figuratively signify.

Christ our passover. The institution of this solemn figure is particularly set down Exod. 12:3–5, &c. It was appointed by God as a memorial,§both of the Israelites' slavery in Egypt and their deliverance from it. After they had been about two hundred years in that country, God, mindful of his promise, sets upon their delivery; and since all the former miracles had proved unsuccessful for the bending Pharaoh's heart to give the captives liberty to depart, God designs the slaying of the first-born of every Egyptian family, and thereby sending the greatest strength of the nation to another world. Upon this occasion he orders the Israelites, by Moses, to slay the lamb the fourteenth day of the first month (which answers to our March), and sprinkle the posts of their doors with the blood, and feast upon the flesh of it in their several families; and that night the angel comes and mortally strikes every first-born, none escaping but those who observed this, command of God, and had sprinkled their door-posts with the blood of the slain lamb; every house besides being made that night a house of mourning. It was an earnest of the Israelites' deliverance, and the Egyptians' calamity.

Obs. 1. God's greatest mercies to his church are attended with the greatest plagues upon their enemies.

Obs. 2. There is a resemblance in the effects or consequents of the passover.

I shall lay down some propositions for the illustrating this doctrine.

The essence of a sacrifice consisted,

Use. If Christ be a sacrifice,

The True Vine
R C Sproul
The God Who Saves: The Order of Salvation
Curated Resources
There Is A Right Way And A Wrong Way To Do Biblical Word Studies
S M Baugh
The Blessedness of Beholding the Lord in Glory
David Gilbert
How to Spot a Wolf
Rutledge Etheridge
Our Hope in the Ascension
Kevin DeYoung
Romans 8: No condemnation
Stephen Unthank
Why We Need to Talk About God’s Wrath
Blake Long
Is God a Therapist?
Carl Trueman
Reforming Soteriology
W Robert Godfrey
Does the Bible Contain Contradicting Genealogies of Jesus?
Gregory R. Lanier
Zeal Without Knowledge
R C Sproul
What is the Unforgivable Sin?
John Calvin
A Caution to the Presumptuous
C H Spurgeon
Presumptuous Sins - Psalm 19: 7-14
Curated Resources
Presumptuous Sins
C H Spurgeon
Don’t Listen to Sermons
J V Fesko
Switzerland’s Original Reformer Was Creative, Combative, and Frequently Controversial
Curated Resources
Swimming with Sharks and Equality Vigilantes
Justin Poythress
The Ten Words: The First
John Hartley
Distributive Justice and the Book of Job
Ronald Nash
Does The Pro-Life Movement Help Mothers?
Samuel Sey
Feeling our Sins
Blake Long
Face Your Fear of Man: How Christ Delivers from Human Approval
Greg Morse
Help! I’m Addicted to Pornography
Stephen Roberts
Why Do We Need to Keep Praying “Forgive Us Our Debts?”
Kevin DeYoung
New York Times Admits: Experimenting On Trans Kids Has Horrifying, Irreversible Consequences
Curated Resources
The transgender revolution and the death of truth
Albert Mohler
Out From the Prosperity Gospel and Into Biblical Christianity
Virgil Walker
Book-burnings and cancel culture come for Narnia, Tintin, and other children’s classics
Jonathon Van Maren
After Roe: What’s Our Job Now?
George Grant
Is the Rapture Taught in the Bible?
Curated Resources
The Secular Thinkers Who Believe Democracy Needs Christianity
Akos Balogh
Is repentance an aspect of faith, or is repentance a good work?
Stephen J Nichols, Steven J Lawson, Burk Parsons
Context: Fundamentalists, Modernists, and Fosdick’s Sermon
Sean Lucas
Come to the Feast
Scott Aniol
Nothing But the Truth
David Steele
Ancient Near Eastern Religion and the Old Testament
Dr Robert Gonzales Jr
The Double Cure
Grover Gunn
Truth, Love, and The Definition of ‘Inclusion’
John D Hannah
The Dangers of Syncretism and Idolatry
Scott Aniol
Exiles Again
Bill Fullilove
Ten Resources That Have Helped Me Make Sense of Our Current Culture and How Christians Are Responding to It
Andy Naselli
Pastoral Accommodation of Same-Sex Relationships: A Critique in Light of 1 Corinthians 5–6
Lee Irons
The Christian Family and the Burkean Body Politic
Hunter Baker
Praying together as a family: Corporate prayer in Philemon
Michael Haykin
The Power of the Two-Parent Home
Kevin DeYoung
Indicatives, Imperatives, and Applications: Reflections on Natural, Biblical, and Cultural Complementarianism
Joe Rigney
Living in the Family: Thoughts from William Gouge
Joel R Beeke
3 Ways to Stay Focused While Praying
Doug Eaton