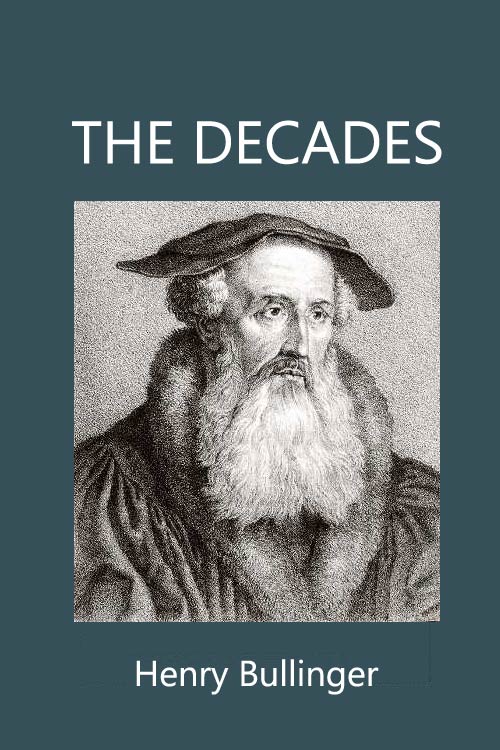 FIFTY GODLY AND LEARNED SERMONS, DIVIDED INTO FIVE DECADES CONTAINING THE chief and principal points of Christian Religion, written in three several Tomes or Sections,by Henry Bullinger Minister of the Church of Tygure in Swicerland.

The 500th anniversary of the Reformation is upon us. This modernized collection commemorates an extraordinary man, whose labors remain significant. Since first published, Bullinger's work has influenced generations of pastors to follow their calling with conviction and urgency. It has encouraged them to be diligent in their studies, in their duties, and in caring for Christ's body in every circumstance of time, place, and opposition. Bullinger asked of his hearers, 'Do not yet cease to pray, that this wholesome doctrine may be taught by me as it should be, and received by you with much increase and profit.' (p. i.180) Amen to that!

Bullinger was a 2nd generation Swiss reformer. He contributed to the Second Helvetic Confession of 1566, which was based on his personal statement of faith. These fifty sermons (many of which are treatises) are likewise clear and powerful statements of Christian faith for all generations. Some are intended for ordinary believers, others for theologians and teachers. Yet they all explain in clear, exacting, and memorable fashion, the basic beliefs, doctrines, and practices of the faith at a turning point in history. Our time, the 21st century, looks much like Bullinger's. Hopefully this Reformation edition will sound Bullinger's call to arms yet again (see the Preface).

The references that Bullinger makes to particular personalities and writings, were footnoted by Rev. Harding in the 1849-52 edition (300th anniversary edition). My additional notes are blue to distinguish them from his. I dropped many of his incidental notes. Therefore, footnote numbers will not match that edition, but the page numbers will. These sermons were translated into English some 450 years ago. Thankfully, Rev. Harding modernized the Middle English. But language changes with time; even his 19th c. edition needed further modernization. Italics were added to highlight distinctions; additional paragraph breaks and occasional bullets and headings were added to aid readability; page breaks were adjusted to avoid split sentences. Bullinger's content, however, is unchanged, and his rendering of the Scriptures remains, to the extent that the original translator preserved it in English. Rev. Harding was scrupulous to compare that translator's work with Bullinger's Latin, and to identify additions and omissions made by that translator. Citations and marginal citations are either footnoted, or superscripted in the text. Quaint spellings are uniformly updated: e.g., Jonah for Jonas, Jerome for Hierome (or Hieron.).

Extensive Greek and Latin quotations, and Harding's addenda, were removed — except where Bullinger addresses an original language issue, or Rev. Harding took fair exception to the original translator's rendering. These were subjective choices on my part. My goal was to preserve the content of the English translation, rather than a later scholarly edition of it. Even so, this edition has over 3600 footnotes and 3000 Scripture citations. I added an overview of the Anabaptists, to provide perhaps a more balanced view than Bullinger's. If I missed some things, I apologize.

Note: The four volumes of the five Decades are presented here in a single volume. Originally, Decade 5 was in vol. 4; Decades 1 and 2 were combined in vol. 1. To avoid confusion, sermons are now titled and numbered by Decade (1-1, 2-1, etc.). To allow for citations and cross-references, the page numbers of the 1849-52 edition are included in the text. However, a Roman numeral prefix has been added to each page number, corresponding to its Decade, i.–v., rather than its original Volume; e.g., you'll see pages iii.42, iv.11, v.402, etc. Decade 2 originally started on page 193 of vol. 1; it's now page ii.193. Footnote and Index page references were adjusted accordingly. The Biographical Notice of Bullinger's life, was moved from Decade 5 to the front of this consolidated edition; but the list of principal works in that Notice, and the article it contained on the English translation, were appendixed. The Dedications to Prince Edward VI in Decades 3 and 4, were likewise moved to the front, but their original page numbers were retained. This arrangement allows the sermons to be presented sequentially, without intervening material. 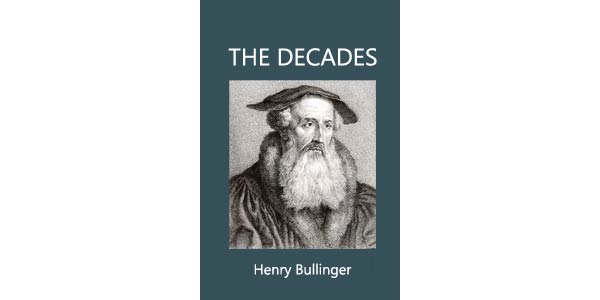