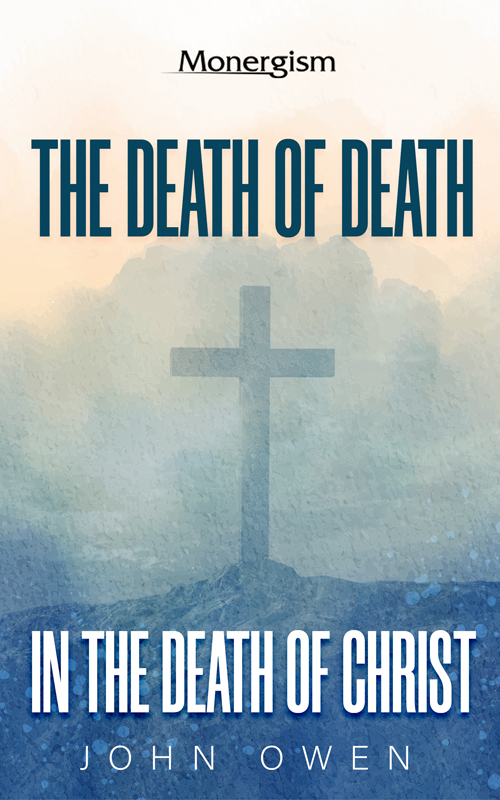 A TREATISE OF THE REDEMPTION AND RECONCILIATION THAT IS IN THE BLOOD OF CHRIST, WITH THE MERIT THEREOF, AND SATISFACTION WROUGHT THEREBY.

The Death of Death in the Death of Christ is a polemical work, designed to show, among other things, that the doctrine of universal redemption is unscriptural and destructive of the gospel. There are many, therefore, to whom it is not likely to be of interest. Those who see no need for doctrinal exactness and have no time for theological debates which show up divisions between so-called Evangelicals may well regret its reappearance. Some may find the very sound of Owen’s thesis so shocking that they will refuse to read his book at all; so passionate a thing is prejudice, and so proud are we of our theological shibboleths. But it is hoped that this reprint will find itself readers of a different spirit. There are signs today of a new upsurge of interest in the theology of the Bible: a new readiness to test traditions, to search the Scriptures and to think through the faith. It is to those who share this readiness that Owen’s treatise is offered, in the belief that it will help us in one of the most urgent tasks facing Evangelical Christendom today—the recovery of the gospel.

Introductory Essay by J. I. Packer

Chapter 1. In general of the end of the death of Christ, as it is in the Scripture proposed

Chapter 2. Of the nature of an end in general, and some distinctions about it

Chapter 3. Of the agent or chief author of the work of our redemption, and of the first thing distinctly ascribed to the person of the Father

Chapter 4. Of those things which in the work of redemption are peculiarly ascribed to the person of the Son

Chapter 5. The peculiar actions of the Holy Spirit in this business

Chapter 6. The means used by the fore-recounted agents in this work

Chapter 7. Containing reasons to prove the oblation and intercession of Christ to be one entire means respecting the accomplishment of the same proposed end, and to have the same personal object

Chapter 9. Some previous considerations to a more particular inquiry after the proper end and effect of the death of Christ

Chapter 10. Containing a removal of some mistakes and false assignations of the end of the death of Christ

Chapter 11. More particularly of the immediate end of the death of Christ, with the several ways whereby it is designed

Chapter 12. Of the distinction of impetration and application -- The use and abuse thereof; with the opinion of the adversaries upon the whole matter in controversy unfolded; and the question on both sides stated

Chapter 13. Of application and impetration

Chapter 14. Arguments against the universality of redemption-The two first; from the nature of the new covenant, and the dispensation thereof

Chapter 16. Containing, two other arguments from the person Christ sustained in this business

Chapter 17. Of sanctification, and of the cause of faith, and the procurement thereof by the death of Christ

Chapter 18. Being a continuance of arguments from the nature and description of the thing in hand; and first, of redemption

Chapter 19. Of the nature of reconciliation, and the argument taken from thence

Chapter 20. Of the nature of the satisfaction of Christ, with arguments from thence

Chapter 21. A digression, containing the substance of an occasional conference concerning the satisfaction of Christ

Chapter 22. Being a second part of the former digression--Arguments to prove the satisfaction of Christ

Chapter 23. Of the merit of Christ, with arguments from thence

Chapter 1. Things previously to be considered, to the solution of objections

Chapter 2. An entrance to the answer unto particular arguments

Chapter 3. An unfolding of the remaining texts of Scripture produced for the confirmation of the first general argument for universal redemption

Chapter 4. Answer to the second general argument for the universality of redemption

Chapter 6. An answer to the twentieth chapter of the book entitled, "The Universality of God's Free Grace," etc., being a collection of all the arguments used by the author throughout the whole book to prove the universality of redemption