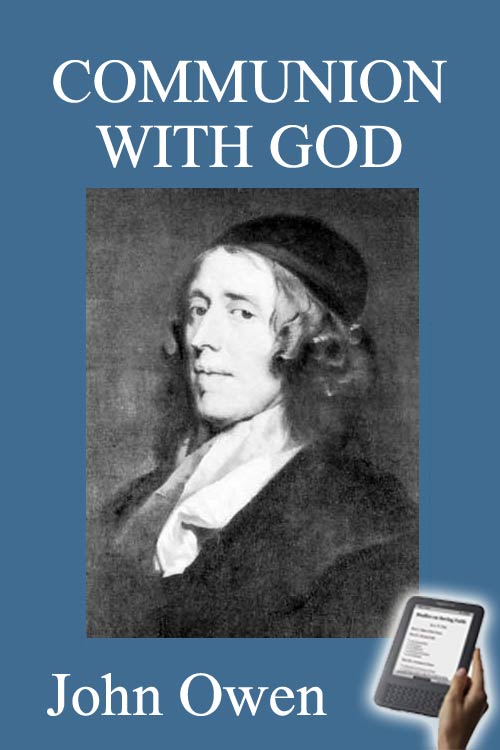 OF COMMUNION WITH GOD THE FATHER, SON, AND HOLY GHOST

For most Christians, the Trinity is a carefully defined doctrine that they must believe; yet it has little practical significance. In Communion with God, Owen presents the doctrine of the Trinity as the most intensely practical and personal doctrine in Scripture. This book has transformed the preaching, prayers and personal assurance of many. Owen argued that though each of the three Persons of the Godhead are identical with respect to the being or essence of God, yet believers have a peculiar fellowship or communion with each Person distinctly. With respect to worship, each of the three Persons is worthy of worship, not because of their distinct personalities, but because they hold the divine essence in common. However, the personal properties of each Person and the function that each Person assumes in accomplishing and applying redemption provide additional motives for worshiping the one true and living God. After proving that believers have fellowship with the Godhead in general and each Person in particular, Owen went on to examine the fellowship that believers have with each Person in the Godhead distinctly. Using the Trinitarian Blessing of 2 Corinthians 13 as a template, Owen used a one - word summary to describe the communion that believers have with each person. Communion with the Father is summarized by love, communion with the Son is characterized by grace, and communion with the Holy Spirit is characterized by receiving the comforts of fellowship with all three Persons as applied to the soul.

“This is one of the hidden treasures. Owen expounds the way in which the distinctions among the three Persons of the Trinity have a bearing on our fellowship with God. While we know him as triune, we also have fellowship with each person in terms of that Person’s ministry to us. As Owen thinks this through, the mind is stretched, the affections are drawn out in love, the will is bowed in humble adoration.”
–Sinclair Ferguson

This is a restatement and simplification of Owen’s original work. You may reproduce the text so long as you do not change it and you do not sell it to anyone.  So what changes have been made?

The old English terminology has been updated so that “thee” and “thou” are now “you” and “yours.” The difficult structure and syntax have been simplified. The text has been modified to better lead the reader through Owen’s train of thought. What exactly has been done to it? Sentences have been shortened and in many cases split into several sentences for clarity. Parallelism has been employed to maintain rhythm. His unreferenced pronouns have been made explicit. The passive voice has been changed to active in most places. Duplicated texts, digressions that do not affect the content, and alternate phrasings within the same sentence, have been removed for easier comprehension. Because Latin is no longer a required course in public education, Latin passages have been excised except where they are core to his argument; those remaining have been crudely translated to help the reader. Hence, this must be called an abridgment. However, the full argument and supporting text are maintained. This is not a synopsis, but the entire treatise presented in the original work. As a result, the expository style remains. If it seems stilted, it is because it is stilted in the original.

The old King James passages of Scripture, and Owen’s direct translations, have been restated in many cases for readability as well. Where this was done, the original Hebrew and Greek meanings were used to preserve his intent. The Scriptural references may be used to obtain a current translation in your favorite copyrighted version. Passages in Owen’s original work that had no reference are now marked to help the reader find them more easily. References and typographical errors pointing to the wrong passage of Scripture have been corrected. Where Owen cites the original Greek or Hebrew, a bracket containing [NT:xxxx] or [OT:xxxx] has been inserted with the Anglicized Greek/Hebrew word and Strong’s numbers. Where the biblical reference is “Cant.” it refers to the Song of Solomon, a canticle (song).

A table of contents has been created to make it easier to locate particular passages and to serve as a general outline of the argument. I make no apologies for altering the text. My purpose is not to preserve Owen’s original text as if it were Scripture, but to preserve his teaching and wisdom. It would be a shame if the modern audience did not benefit from his labors because the language was too complex or arcane to comprehend. John Piper writes in his introduction to Future Grace (Multnomah Pub. Inc., 1995),

Virtually everyone I know who has read John Owen complains that he writes in a cumbersome and unhelpful way, and that his thoughts are difficult to grasp. But he does have one formidable defense: twenty-four volumes of his books are still in print three hundred years after his death. People are still struggling through his difficult diction in search of treasure. What’s the lesson here? The lesson is that biblical substance feeds the church, not simplicity.

And so I hope the restatement of this important work makes it more accessible to you, and that it freshens the food that feeds the church. May it help you appreciate the privileges you have received from the God of the universe by grace through Christ alone.