Commentary on the Sermon on the Mount (eBook) 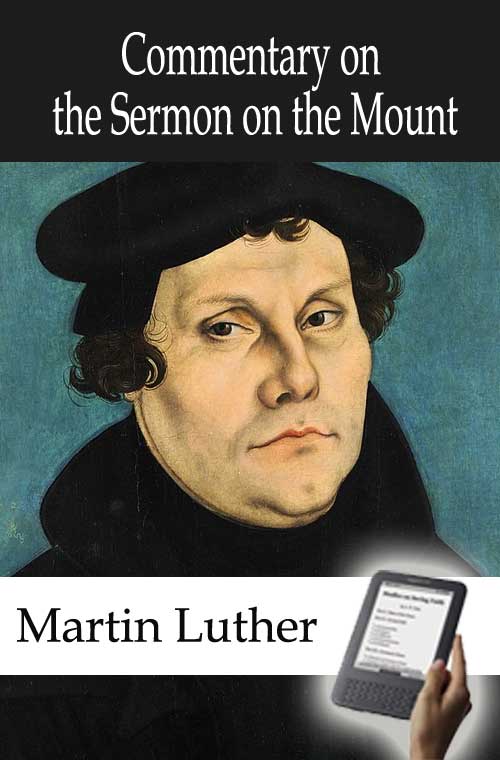 I AM truly glad that my exposition of the three chapters of St. Matthew, which St. Augustine calls the Lord's Sermon on the Mount, are about to be published, hoping that by the grace of God it may help to preserve and maintain the true, sure and Christian understanding of this teaching of Christ, because these sayings and texts are so very common and so often used throughout all Christendom. For I do not doubt that I have herein presented to my friends, and all others who care for these things, the true, pure Christian meaning of the same.

And it is hard to understand how the very devil himself has by his apostles so cunningly twisted and perverted especially the fifth chapter, as to make it teach the very opposite of what it means. And though Christ purposely intended thereby to antagonize all false teaching, and to exhibit the true meaning of God's commands, as he expressly says: "I am not come to destroy the law;" and takes it up piece by piece to make it perfectly clear; yet the infernal Satan has not found a single text in the Scriptures which he has more shamefully perverted, and made more "error and false doctrine out of, than just this one which was by Christ himself ordered and appointed to neutralize false doctrine. This we may call a masterpiece of the devil.

First of all there have fallen upon this chapter the vulgar hogs and asses, jurists and sophists, the right hand of the pope and his Mamelukes. They have sucked this poison out of this beautiful rose, and scattered it everywhere; they have covered up Christ with it and have exalted and maintained the antichrist, namely, that Christ here does not wish everything which he teaches in the fifth chapter to be regarded by his Christians as commanded and to be observed by them; but that much of it was given merely as advice to such as wish to become perfect, and any who wish may observe these parts; despite the fact that Christ there threatens wrathfully:—no one shall enter heaven who sets aside one of the least of these commands,—and he calls them in plain words commands.

Thus they have invented twelve gospel counsels [consilia evangelii], twelve items of good counsel in the gospel, which one may heed if he wants to be something over and above other Christians (higher and more perfect); they have thus made not only Christian salvation, yes even perfection also, dependent aside from faith upon works, but they have made these same works voluntary. That is, as I understand it, to forbid really and truly good works, which is just what these nasty revilers accuse us of doing. For they cannot deny this, and no covering and smoothing over will help them as long as this fifth chapter of Matthew abides. For their books and glosses are at hand, along with their former and present daily impenitent life that they lead in accordance with this their teaching. And the teaching of those twelve "evangelical counsels" is very common among them, viz., not to require wrong doing, not to take vengeance, to offer the other cheek, not to resist evil, to give the cloak along with the coat, to go two miles for one, to give to every one that asks, to lend to him who borrows, to pray for persecutors, to love enemies, to do good to them that hate, etc., as Christ here teaches. All this (they disgustingly say) is not commanded, and the monks at Paris honestly assign their reasons, saying, this Christian teaching would be much too hard if it were loaded with such commands as these, etc. This is the way the jurists and sophists have hitherto ruled and taught the church, so that Christ with his teaching and interpretation, has had to be their fool and juggler; and they still show no signs of repentance for this, but are eager to defend it, and to put forward again their cursed shabby canons, and to crown again their cunning pope. God grant, however, that I may live and may have to give clasps and jewels for this crown; then he, God willing, shall be called rightly crowned. 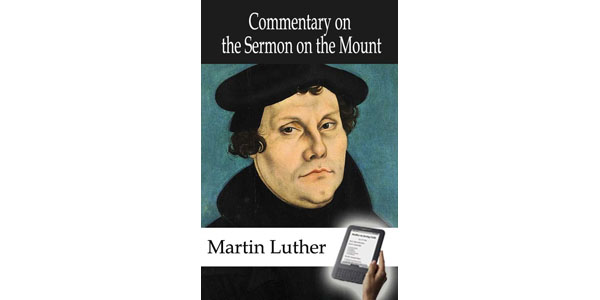 Therefore, dear brother, if you please, and have nothing better, let this my preaching serve you, in the first place, against our squires, the jurists and sophists, I mean especially the canonists, whom they themselves indeed call asses, and such they really are, so that you may keep the teaching of Christ for yourself pure in this place of Matthew, instead of their ass's cunning and devil's dung.

In the second place also against the new jurists and sophists, namely, the factious spirits and Anabaptists, who in their crazy fashion are making new trouble out of this fifth chapter. And just as the others go too much to the left in holding nothing at all of this teaching of Christ, but have condemned and obliterated it, so do these lean too much to the right, and teach that one should have nothing of his own, should not swear, should not act as ruler or judge, should not protect or defend, should forsake wife and child, and much of such miserable stuff.

So completely does the devil mix things up on both sides, that they know no difference between an earthly and a heavenly kingdom, much less what is to be taught and to be done differently in each kingdom; but we, God be thanked, can boast that we in these sermons have clearly and diligently shown and exhibited it, so that whoever hereafter errs, or will err, we are freed from all responsibility on his account, having faithfully presented our opinion for the benefit of all. Let their blood be upon their own head; our reward for this we await, namely, ingratitude, hatred, and all sorts of hostility, and we say deo gratias.

Since we then learn and know by such abominable examples, of both papistic and factious jurists, what the devil is aiming at, and especially how he seeks to pervert this fifth chapter of St. Matthew and thereby to exterminate the pure Christian doctrine, every preacher or rector is entreated and exhorted to watch faithfully and diligently against it in the little charge committed to him, and help to preserve the true interpretation of this text. For, as long as the devil lives and the world abides, he will not cease to attack this chapter. For his object is thereby to entirely suppress good works, as has been done in the papacy; or to instigate false good works and a feigned holiness, as he has now begun to do through the new monks and the factious spirits.

And even if both the popish and the mobocratic jurists and the monks were to perish, he would still find or raise up others. For he must have such followers, and his kingdom has been governed by monks ever since the world began. Although they have not been called monks, yet their doctrine and life have been monkish, that is, they have been other than and peculiar or better than what God has commanded; as among the people of Israel were the Baalites, the idolatrous priests (camarim) and such like, and among the heathen the castrated priests (Galli) and the vestal virgins.

Therefore we can never be safe against him. For from this fifth chapter have come the pope's monks, who claim to be a perfect class, in advance of other Christians, basing their claim upon this chapter; and yet we have shown that they are full of avarice, of arrogance, and of late full of all sorts of devils. Christ, our dear Lord and Master, who has opened up to us the true meaning, desires to give it additional force for us, and besides to help us live and act accordingly. To whom be grateful praise, together with the Father and the Holy Spirit forever, Amen.