Christ's Eternal Existence and the Dignity of His Person (eBook) 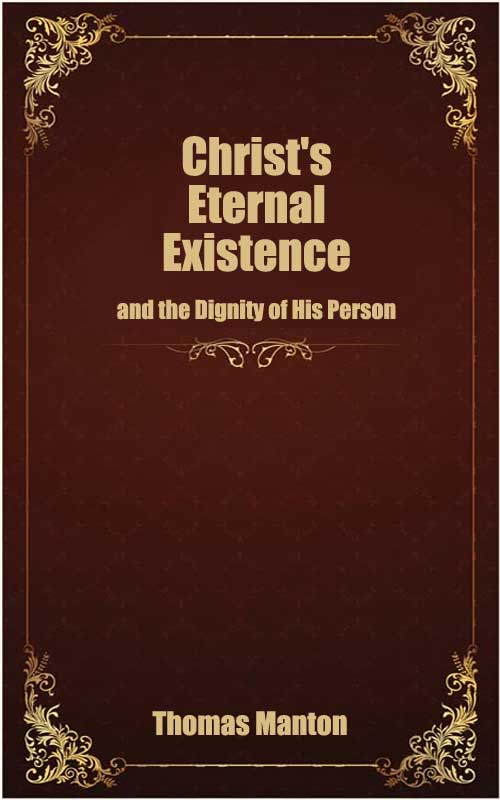 HERE are presented to thy view some of the further profitable and pious labours of that eminent divine, Dr Manton (now with God), who though, like a tree full of fruit, he has already yielded much fruit, yet still more and more falls from him. Since his much to be lamented death, two very large volumes (with some lesser) of his sermons have been published, which give a clear discovery to the world of his great abilities for, and great diligence in, the office and work of the minis try. Now this small piece succeeds, which, in comparison of the former, is but a poor stripling,--but as the shaking of an olive tree, as the gleaning grapes when the vintage is over.' Yet let it not be rejected or slighted upon that account; for though it is not so bulky as they, yet, according to its proportion, it is of equal value, and shows the same head and heart which they do.

My pen (upon this opportunity) would fain be launching forth into the commendation of the worthy author, but I will not suffer it, considering how little he needs that from any, and how much he is above it as from me. Neither will I suffer it to run out in the commending of these sermons; for I hope, to impartial and judicious readers, they will commend themselves (the best way of commending). I only recommend them, as judging them worthy of the perusal of all who are desirous of a fuller knowledge of our Lord Jesus.

For he is the grand subject treated of in them. His person, offices, works, blessings, are here described, asserted, vindicated, and improved. Our redemption by his blood; his being the image of the invisible God, the first-born of every creature; his creating and sustaining all things; his headship over the church, pre-existence before all created beings; his being the first-born from the dead, the union of the two natures in his person; his reconciling of sinners to God through the blood of his cross,--these are the heads insisted upon in these sermons (the author following the apostle, Col. i. 14-20).

And are not these great points, of a very sublime nature, containing the very vitals of gospel revelation? Can ministers preach, print too much of them? Can private Christians hear, read, meditate too much of them? Oh, they are the ta` ba'the, the deep things of God.' in which is manifested the polupoi'kilos sophi'a, the manifold wisdom of God.' which the angels desire to look into.' which are the wonder and astonishment of heaven, which put such a transcendent excellency upon the knowledge of Christ. Should we not, therefore, thankfully receive and diligently peruse all discourses that may clear up our light in and about these profound mysteries? I hope the consideration hereof will make these sermons acceptable to many gracious souls. They all hanging upon this string, and pointing to this argument (of what Christ is, has done, suffered, and procured for believers), they are not unfitly put together, and printed by themselves, in this small volume.

Several of the points mentioned are controversial; for a long track of time there has been hot disputes about them. What volumes pro and con have been written, both by ancient and modern divines, about them! But our reverend author does not so much concern himself in what is polemical and controversial, but chose rather in a plainer way (as best suiting with sermon-work) to assert and prove the truth by scriptural testimonies and arguments: and that he has done to the full.

Header, whoever thou art into whose hands these sermons shall come, let me assure thee they are the genuine work of the person whose name they bear. They were copied out from, and according to, his own notes, by one who I am sure would be as exact therein as possibly he could. But how earnestly could I wish, if God had not seen it good to order it otherwise, that the author himself might have lived to have reviewed and polished them; for what hand so fit to polish the stone as that which cuts it? But now what is amiss must be left to the understanding reader to discover, and to the candid reader to pardon.

Christian, I commit thee to God; may he bless thee, and all the labours of his faithful servants (whether living or dead), to the promoting of thy spiritual and eternal good. Which he ardently desires, who is,--

Thine to serve thee in our Lord Jesus, 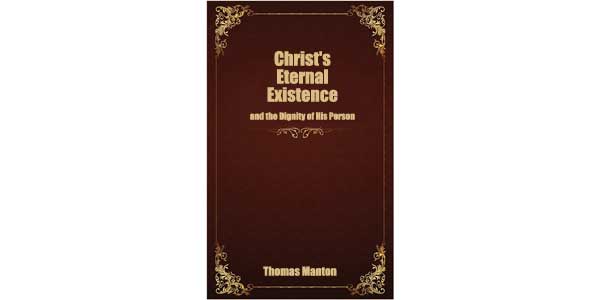