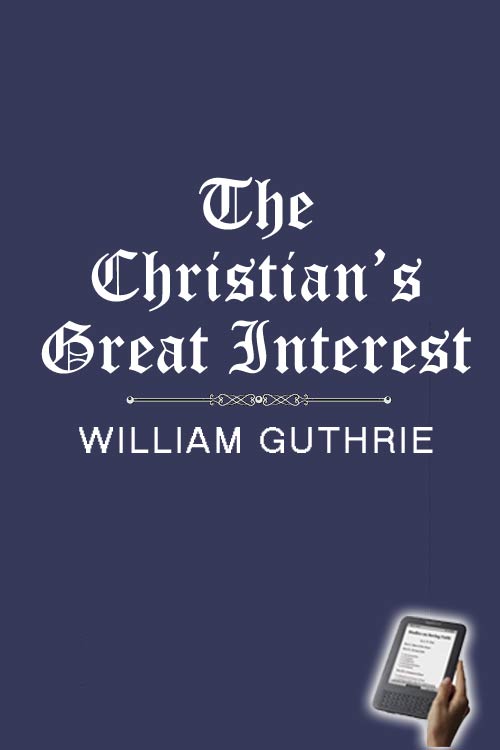 The word “interest” in the title of Guthrie’s book does not just mean that the book deals with the matter of greatest importance to a Christian. It also has a legal sense, in which to have an interest means to have a valid stake or share in something to our benefit. Guthrie’s book deals with how the Christian may know that he has a legally valid claim within the Will and Testament (or Covenant) that the Lord Jesus Christ graciously makes with His people. Guthrie helps us to put ourselves in a courtroom trial where we are under Scripture as a judge to determine whether or not our claim is a true one.

Guthrie opens the book with a concern that there are many “pretending, without ground, to a special interest in Christ”. On the other hand many others “who have good ground of a claim to Christ are not established in the confidence of His favour, but remain in the dark without comfort, hesitating concerning the reality of godliness in themselves”. This state of affairs prompts two questions:

1. How can someone know whether or not they are truly saved?

It is important to be clear that assurance is possible, and more easily attained than many realise. It is of the utmost importance to be “savingly in covenant with God”. Scripture must be the rule by which we are able to judge whether or not this is so.

Only a few, however, seem to reach this assurance. There are many different reasons for this:

Guthrie speaks of the different ways in which people are drawn to Christ. Some indeed may be drawn lovingly or called suddenly in a very direct way. The “ordinary” way involves being humbled by conviction during which the conscience is awakened till the soul is full of concern about salvation and driven from resting in anything of themselves, to casting their all on Christ for salvation. This is carefully distinguished from the temporary convictions of those that fall away.

The Marks of True Faith and the New Birth

The first evidence that Guthrie calls for in this trial is faith. Faith is vital in the matter of assurance – indeed all other marks are worthless without it. Yet it can be mistaken. It is not as difficult or mysterious as some men think. Scripture speaks of it as a simple trusting, resting, and looking. It can be found in various marks of submissive obedience and devotion to Christ. “If men but have an appetite, they have it; for they are blessed that hunger after righteousness”. Thus Guthrie identifies the marks of true faith, but also distinguishes it from false faith.

The second set of evidence called upon relates to regeneration. There is a total renewal when a man comes to saving faith in Christ. In mind, heart and will he is changed from being self-oriented and self-serving to serving and glorifying God. Attitudes to all aspects of life are renewed, whether it is work or worship, or relationships, or recreation or eating and drinking. There is a respect to all of God’s commandments, and a submission to and valuing of Christ alone that hypocrites never have despite their outward similarities with believers.

Assurance that we are truly saved

The great question in the minds of many, however, is why some believers doubt. Guthrie opens this up in considerable depth dealing with God’s sovereignty and our own responsibility in these matters. He speaks of twelve areas where different levels of experience may be enjoyed and where assurance may be obtained.

2. What should we do if we cannot find in ourselves the marks of a saving interest?

Part Two of the book proceeds to deal with the second question raised: what should we do if we cannot find in ourselves the marks of a saving interest? Many may believe that they have closed in with Christ in the gospel. Very few, however, really have.

The covenant of grace lays a duty on all who hear it preached. There must be a “coming” on our part. “God excludes none if they do not exclude themselves.” “It is a coming on our part, and yet a drawing on His part.”

What is it to close with God’s offer of salvation in the preached covenant? It means to recognise the full guilt of sin, our need of salvation, and the impossibility of any salvation without God’s appointment in Christ. We must “quit and renounce all thoughts of help or salvation by our own righteousness”. Faith is humble though resolute, and hearty rather than mere mental assent, though it must depend upon knowledge.

Memoir of the Author

Part I. The Trial of a Saving Interest in Christ

Chapter I.--Things premised for the better understanding of the trial itself Before we speak directly to the question, we shall premise some things, to make way for the answer.

I.--A man's interest in Christ may be known

II.--Importance of having an interest in Christ

III.--We must allow our condition to be determined by Scripture

IV.--Causes why so few attain to a distinct knowledge of their state

Chapter II.--Marks of a Saving Change

I.--Some called from the womb

III.--Some graciously called at the hour of death

IV.--God's more ordinary way of calling sinners to Himself

Chapter III.--Evidences of a Believing State

I.--Mistakes as to what faith is

Chapter IV.--Evidences of a Renewed State

I.--The whole man must be to some extend renewed

II.--He must be, to some extent, renewed in all his ways

V.--Doubts because of prevailing sin considered

VI.--Doubts arising out of a want of Christian experience considered

PART II.--How to Attain a Saving Interest in Christ

Chapter I.--Some Things Premised for the Information of the Ignorant

I.--What it is to accept of, and close with, the gospel offer

II.--This the duty of those who would be saved

III.--What is required of those who would believe on Christ Jesus and be saved

V.--Some of the effects of saving faith

I.--The sinner's baseness rendering it presumption to come to Christ

II.--The singularity of his sin barring the way

IV.--Sins not named a barrier

II.--What the sin against the Holy Ghost is

III.--Conclusions bearing on the objections

I.--Objections from the want of power to believe answered

VII.--Objection arising from the complaints of believers as to unfruitfulness

VIII.--Objection from ignorance regarding covenanting with God,--The nature of that duty unfolded

IX.--Doubts as to the inquirer's being savingly in covenant with God answered

I.--The thing itself is warrantable

III.--How the duty of covenanting is to be performed

X.--A want of proper feeling considered as an obstacle in the way of covenanting

XI.--The fear of backsliding a hindrance

XII.--Objection arising from past fruitlessness considered

Conclusion--The whole Treatise resumed in a Few Questions and Answers 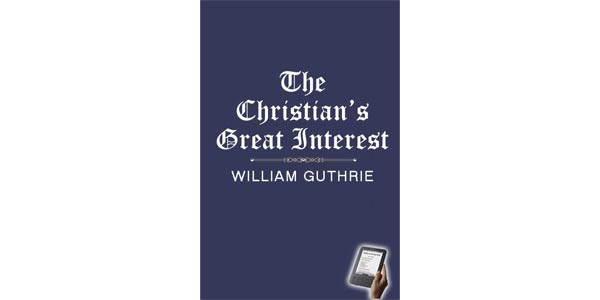