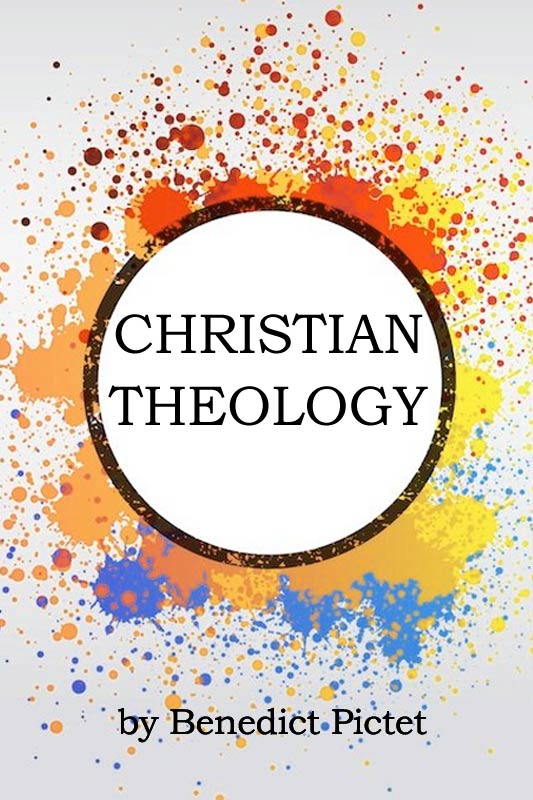 THOSE who are in any measure conversant with the theological works of the age of the Reformation, and of that immediately succeeding it, cannot fail to bear testimony to their value; as presenting the most accurate and luminous views of divine truth, and as constituting a sort of standard of reference and appeal in the present age. Among these works, those of the divines who flourished in the Reformed churches abroad, occupy a distinguished place, and supply a fund of valuable information on every branch of Christian Theology, properly so called. Many of these productions were translated into English immediately or very soon after they appeared; but most of these translations being now out of print, or copies of them very scarce, it is presumed that, without depreciating the value of modern performances, no mean service would be rendered to the Christian public, if new translations were made of the most valuable, and in their own time, most popular, writings of the divines in the continental churches. The volume which is now presented to the public, claims attention as a body of Christian divinity, more concise and perspicuous, and therefore more acceptable to general readers, than similar productions of the same age and school. While it preserves, to a considerable degree, the accuracy of method, so studiously followed in the writings of that age, the author has, by the omission of formal controversies, and, as far as possible, of the scholastic terms in which such controversies were generally conducted, rendered it a suitable work for Christian readers in general, as well as for professed students of Christian theology. This design he probably had in view, when he published a French edition of his work, as the illustrious Calvin published his famous Institutes in the same language, which was that of their country. In giving the following edition to the public, the translator has endeavoured to present it to the English reader in as plain, perspicuous, and popular a style as possible; he has fully and faithfully given the sense of his author; he has, indeed, omitted a few passages in the original work, either when (though very seldom the case) they appeared to him a needless repetition; or when such passages consisted of quotations from the fathers or the heathen writers, more curious than useful, or when they contained arguments rather subtle than solid; but these instances are altogether very rare, and, it is presumed, will not be of the slightest detriment to the original performance.* In addition to the intrinsic excellence of this work, it will perhaps be an interesting recommendation of it to many readers, that its author may in some measure be regarded as the last of those illustrious and orthodox divines who presided over the church of Geneva, and who contributed, by their indefatigable labours and excellent writings, to render it the bulwark of the Reformation in those parts. For shortly after his death, or to use the words of a living writer, "scarcely had the venerable Benedict Pictet been cold in his grave," when that highly favoured church commenced her grievous declension; the pure and scriptural doctrines, taught by Calvin, Beza, Diodati, and their successors, were exchanged for those crude and reckless attempts of human speculation, which cannot be better comprehended than under the modern and expressive name of Neology; and thus Geneva took her place on the melancholy list of those Christian Churches which have "departed from the faith, and left their first love." May a gracious God speedily restore "the candlestick" to this, and to every other place from which, in his mysterious providence and righteous judgment, it has been taken away. On the whole, it is hoped that this volume will form an acceptable manual of Christian knowledge to those Christian families and individuals who, believing and loving the truth, as it is continually presented before them in this age of privileges, are desirous of obtaining sound, comprehensive, and intelligent views of the whole Christian system.

BOOK I: OF THE EXISTENCE OF GOD AND HIS WORD

BOOK II: OF GOD IN THE UNITY AND TRINITY

BOOK III: OF THE CREATION AND PROVIDENCE OF GOD

BOOK IV: OF THE FALL

I. Of the fall of angels
II. Of the fall of our first parents
III. Of sin
IV. The consequences of the first transgression
V. Of original sin
VI. Of actual sin
VII. Of sin against the Holy Ghost
VIII. Of man's free-will in the state of sin

BOOK V: OF THE DECREE OF GOD CONCERNING MAN'S SALVATION

BOOK VI: OF REDEMPTION BY CHRIST THE MEDIATOR

BOOK VII: OF CALLING AND FAITH

BOOK VIII: OF JUSTIFICATION AND SANCTIFICATION

I. The state of the soul after death
II. The resurrection of the dead
III. The end of the world
IV. The last judgment
V. Hell and heaven

BOOK X: OF THE CHURCH

BOOK XI: OF THE SACRAMENTS