The Christian in Complete Armour 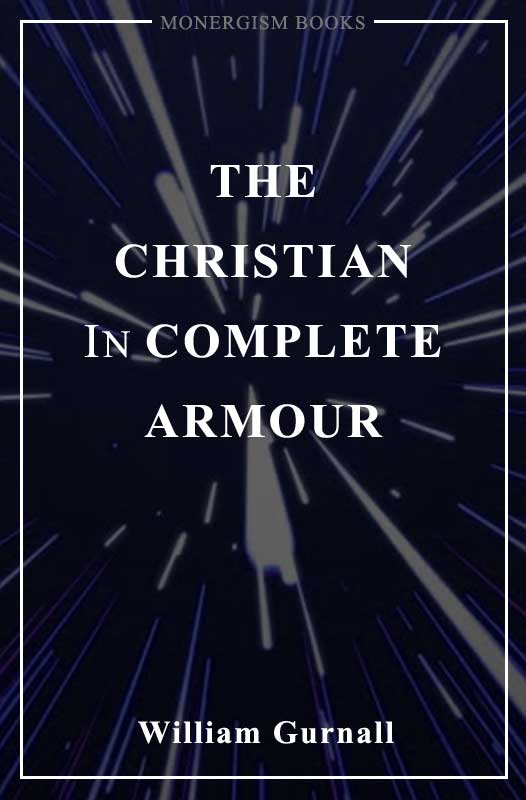 Paul was now in bonds, yet not so close kept as to be denied pen and paper; God, it seems, gave him some favour in the sight of his enemies: Paul was Nero's prisoner, but Nero was much more God's.  And while God had work for Paul, he found him friends both in court and prison.  Let persecutors send saints to prison, God can provide a keeper for their turn.

But how does this great apostle spend his time in prison?  Not in publishing invectives against those, though the worst of men, who had laid him in; a piece of zeal which the holy sufferers of those times were little acquainted with: nor in politic counsels, how he might wind himself out of his trouble, by sordid flattery of, or sinful compliance with, the great ones of the times.  Some would have used any picklock to have opened a passage to their liberty and not scrupled, so escape they might, whether they got out at the door or window.  But this holy man was not so fond of liberty or life, as to purchase them at the least hazard to the gospel.  He knew too much of another world, to bid so high for the enjoying of this; and therefore he is regardless what his enemies can do with him, well knowing he should go to heaven whether they would or no.  No, the great care which lay upon him, was for the churches of Christ; as a faithful steward he labors to set the house of God in order before his departure.  We read of no despatches sent to court to procure his liberty; but many to the churches, to help them to stand fast in the liberty wherewith Christ had made them free.  There is no such way to be even with the devil and his instruments, for all their spite against us, as by doing what good we can wherever we be come.

The devil had as good have let Paul alone, for he no sooner comes into prison but he falls a preaching, at which the gates of Satan's prison fly open, and poor sinners come forth.  Happy for Onesimus that Paul was sent to jail; God had an errand for Paul to do to him and others, which the devil never dreamed of.  Nay he doth not only preach in prison, but that he may do the devil all the mischief he can, he sends his epistles to the churches, that tasting his spirit in his afflictions, and reading his faith, now ready to be offered up, they might much more be confirmed; amongst which Ephesus was not least in his thoughts, as you may perceive by his abode with them two years together, Acts 19:10; as also by his sending for the elders of this church as far as Miletus, in his last journey to Jerusalem, Acts 20:17, to take his farewell of them as never to see their faces in this world more.  And surely the sad impression which that heart-breaking departure left on the spirits of these elders, yea, the whole church, by them acquainted with this mournful news, might stir up Paul, now in prison, to write unto this church, that having so much of his spirit, yea, of the spirit of the gospel, left in their hands to converse with, they might more patiently take the news of his death.

In the former part of this epistle, he soars high in the mysteries of faith.  In the latter, according to his usual method, he descends to application; where we find him contracting all those truths, as beams together, in a powerful exhortation, the more to enkindle their hearts, and powerfully persuade them to 'walk worthy of their vocation,’ Eph. 4:1, which then is done, when the Christian's life is so transparent that the grace of the gospel shines forth in the power of holiness on every side, and from all his relations, as a candle in a crystal glass, not in a dark lantern, lightsome one way and dark another: and therefore he runs over the several relations of husband, wife, parents, children, masters, and servants, and presseth the same in all these.

Now having set every one in his proper place, about his particular duty; as a wise general after he has ranged his army, and drawn them forth into rank and file, he makes the following speech at the head of the Ephesian camp, all in martial phrase, as best suiting the Christian's calling, which is a continued warfare with the world, and the prince of the world.  The speech itself contains TWO PARTS.

FIRST, A short but sweet and powerful encouragement, Eph. 6:10.  SECONDLY, The other part is spent in several directions for their managing this war the more successfully, with some motives here and there sprinkled among them, Eph. 6:11-20. 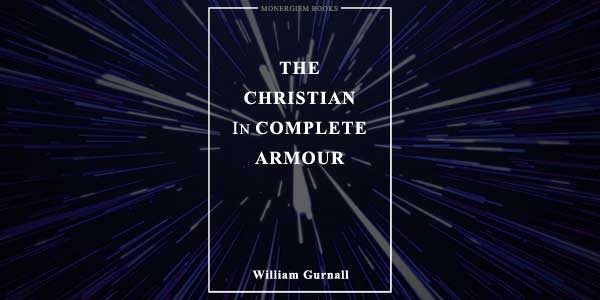